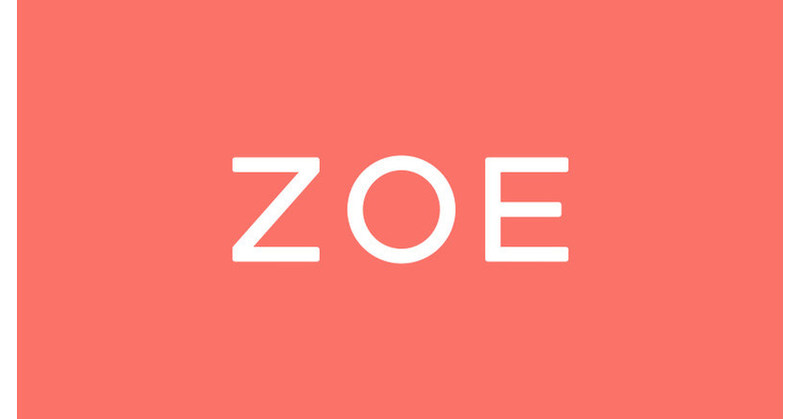 BOSTON, December 1, 2021 / PRNewswire / – Researchers at ZOE, the health science company breaking new ground in nutritional science, along with an international team of world-renowned sleep and metabolic scientists from the UK and USA, Sweden, Italy, and Spain, have found that deviating from usual bedtime (i.e., an unusually long night), as well as later bedtime, are generally linked to a worse response in blood sugar levels to breakfast the next morning, which can affect a person’s health and, in turn, their weight.

These latest findings are part of ZOE PREDICTION, the largest in-depth nutritional study in the world and have been published today in the leading European journal Diabetologia. As the largest sleep study of its kind – about ten times larger than comparable studies – these findings, coupled with ZOE’s innovative digital technologies, will enable the company to provide personalized advice on improving the health and weight of its members.

Getting a good night’s sleep has long been recognized as a key part of a healthy lifestyle. Although sleep can be paired with diet and physical activity, it’s not entirely clear. In fact, researchers have previously found that poor or too little sleep is linked to poor blood sugar control in people with diabetes, but the extent to which this relationship persists in healthy people was largely unknown. The ZOE research team used data from the ZOE PREDICTION Study that followed 953 healthy volunteers over a two week period. During this time, participants ate a series of standardized meals and wore blood sugar and exercise monitors to measure their blood sugar responses and sleep (note: sleep was not manipulated for the experiment).

The scientists measured the total time from going to bed to waking up, as well as the quality of sleep. They then analyzed people’s sleep behavior over two weeks and compared them with their blood sugar reactions to meals that contained certain amounts of carbohydrates, proteins and fats.

Through their research, the scientists found that all participants were likely to be better for metabolic health by going to bed earlier than sleeping longer – a condition that is measured by a number of factors that indicate how healthy you are now , as well as how likely are you to develop serious chronic diseases later in life?. Participants who went to bed later tended to have worse blood sugar responses at breakfast the next day, even if they woke up late, compared to people who slept the same length of time but went to bed earlier in the evening.

In addition, the data showed that a disturbed night’s sleep was linked to a less healthy blood sugar response to breakfast the next day. On an individual basis, sticking to normal sleep routines and avoiding unusually long nights resulted in a healthier blood sugar response to breakfast the next morning. This is important as there is an increased risk of having unhealthy blood sugar reactions after eating Develop type 2 diabetes or heart disease.

In addition, an irregular weekly sleep pattern with inconsistent sleep times and variable sleep duration was also associated with poorer blood sugar control. This could help explain the “social jet lag” caused by shifting the sleep schedule that many people experience on their days off versus work days and has been shown to result in poorer health, mood, and increased sleepiness and fatigue.

Eventually, the team found that eating a high-fat and high-carbohydrate breakfast resulted in more controlled blood sugar responses than just a sugary drink. This finding could be particularly relevant for people who use energy drinks or sweets for breakfast as a pick-me-up after a long night. With regular repetition, poor blood sugar responses can increase the risk of metabolic problems such as diabetes, obesity, and heart disease. Therefore, maintaining blood sugar levels is an essential part of staying healthy and for this reason an important part of the ZOE program.

These results underscore the essential role sleep plays in a person’s wellbeing and ability to lead a healthy lifestyle, as well as the importance of getting enough, quality sleep and the value of turning off lights earlier if possible.

Lead researcher of the study and member of the Scientific Advisory Board of the ZOE, Professor Paul Franks from Lund University in Sweden, said, “For most people, sleep length and timing are both changeable factors, so it is up to us to change a lack of sleep or a disrupted sleep schedule.” Franks added, “Borrowing from waking hours and taking out sleep loans are never done without interest. Even just one night affects the way our bodies metabolize food and how well blood sugar levels are controlled. “

Dr. Sarah Berry, Lecturer in Nutritional Sciences in the Department of Nutritional Sciences at King’s College, London, and head nutritionist at ZOE, confirms: “Along with nutrition, physical activity and mental health, sleep is an important pillar of health. Yet every third person does not get enough sleep. People who don’t get enough sleep have a 40 percent higher risk of obesity and a much higher risk of cardiovascular disease and diabetes. These same people tend to eat more calories, choose unhealthy snacks, have fewer Variety in their diet and have poor nutritional quality with less fiber and fruit and, in short, our study shows that more attention should be paid to sleep. “

Tim Spector, ZOE Scientific Co-Founder and Professor of Genetic Epidemiology at King’s College London, commented, “As with diet, there is no one-size-fits-all approach to recommending our exact sleep times. But now we can confirm it.” is a recommended approach to when and how we sleep. “Spector continued,” In order for people to feel empowered and confident about doing something for their health, education is essential. Our cutting-edge research, combined with personalized insights from ZOE, will help us to meet people everywhere on their journey and give them a science-based roadmap to achieve change and be successful. ”

Find out how ZOE helps its members understand their bodies and optimize their metabolism and health joinzoe.com.

Learn more about the ZOE Home Testing and Nutrition Program at joinzoe.com.

About ZOEZOE is a health science company that helps people understand how their bodies react to food. Using machine learning combined with large-scale human studies, the ZOE is deciphering the effects of diet on health. ZOE leads the PREDICT Studies and the COVID Symptom Study, which are the largest community-led research programs of their kind in the world in nutrition and COVID-19, respectively.

Located in London and Boston, ZOE was made by professor. founded Tim Spector from King’s College London, Head of Data Science Jonathan Wolf and entrepreneurs George Hadjigeorgiou. ZOE was named one of the Deloitte Fast 50 Rising Stars in 2019 for the company’s contribution to the science enabled by technology and machine learning.

For more information on the mission and science of the ZOE, see joinzoe.com.