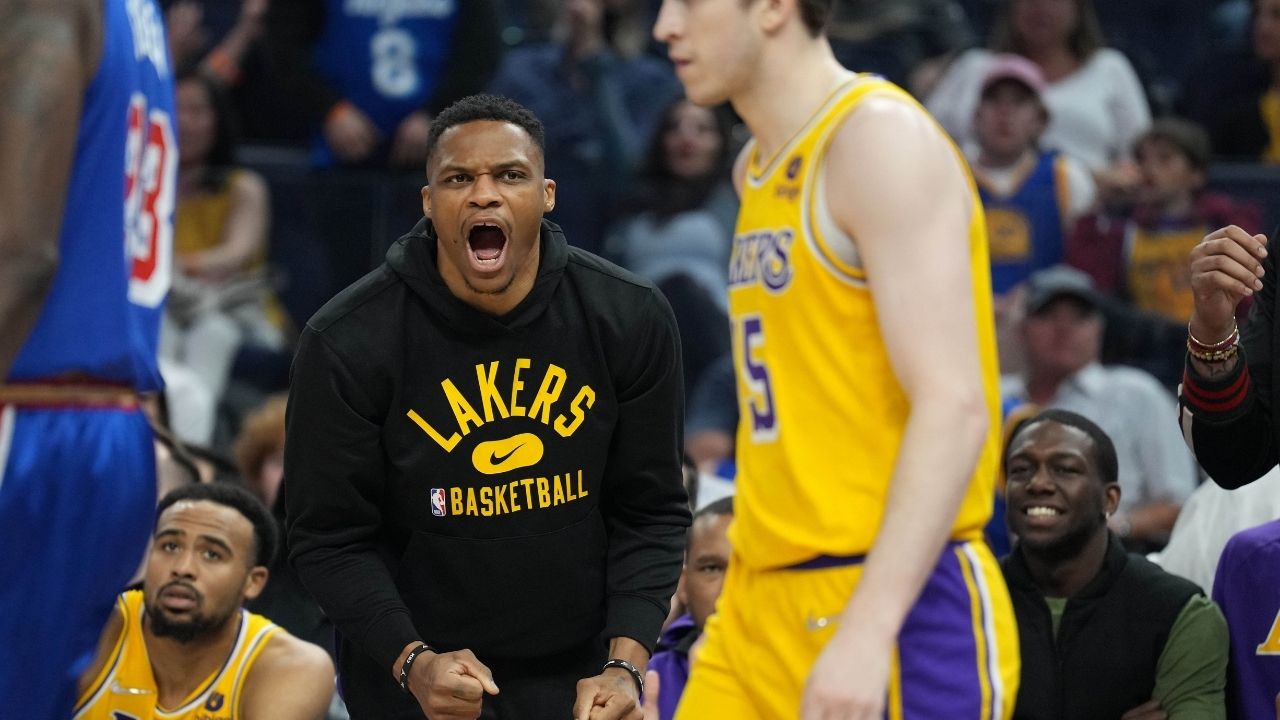 Russell Westbrook isn’t a bad player by any means… just the Lakers version of him is. And he is pretty darn horrible.

When the season started, and Russ couldn’t quite, fans of the franchise made endless excuses for him. They said that the system takes time, the personnel need chemistry, and so, so much more. But as the year went on, moments like these became more and more, well, apparent.

Russ: “I wasn’t given a fair chance with the Lakers”

Now, with the Lakeshow’s season officially over, the man has found it to be in his best interest to roast his employers just a little bit… hold the little bit.

And the worst part is, as one Laker fan put it on Twitter, his roast wasn’t even based in any kind of truth. In fact, this fan’s tweet was so indicative of this whole disastrous situation that we decided to make a full-blown article about it.

With that in mind, let’s get into it, shall we?

Also Read: “LeBron James’ exit interview was the fakest bulls**t I have heard from him”: Twitter calls out Lakers superstar for trying to maintain the status quo with Russell Westbrook

We’re not going to give you any more foreplay here. The content here is simply too good for that.

Instead, we will tell you the string of comments Russell Westbrook decided to make against the Lakers. Take a look.

About Anthony Davis and LeBron James letting ‘Russ be Russ’: “Yeah, but that wasn’t true. Let’s be honest.

On Frank Vogel: “I’m not sure what his issue was with me.”

On his time with the Lakers: “I just felt that I never was given a fair chance just to be who I needed to be, to be able to help this team.”

Can you smell the bullsh*t as strongly as we can? Well, we sure as heck know O’Shea Jackson could, as he tweeted this out.

Bro I love you. I really do. But the layups missed. The turnovers. The bricks. Ain’t nobody else’s fault. You don’t have to do this man. Bron and AD have both said y’all just weren’t healthy enough and y’all barely practiced. https://t.co/2kdbKTM4gf

No kissing. No exaggeration. Just facts.

If that tweet doesn’t make Russell Westbrook feel ashamed for what he said, then we may have found the world’s first shameless human being. Either that, or it truly is NEVER this man’s fault.

Also Read: “When LeBron James and Anthony Davis were out you did nothing”: Fans give Russell Westbrook a reality check as he tries to put it all on the Lakers duo and Frank Vogel