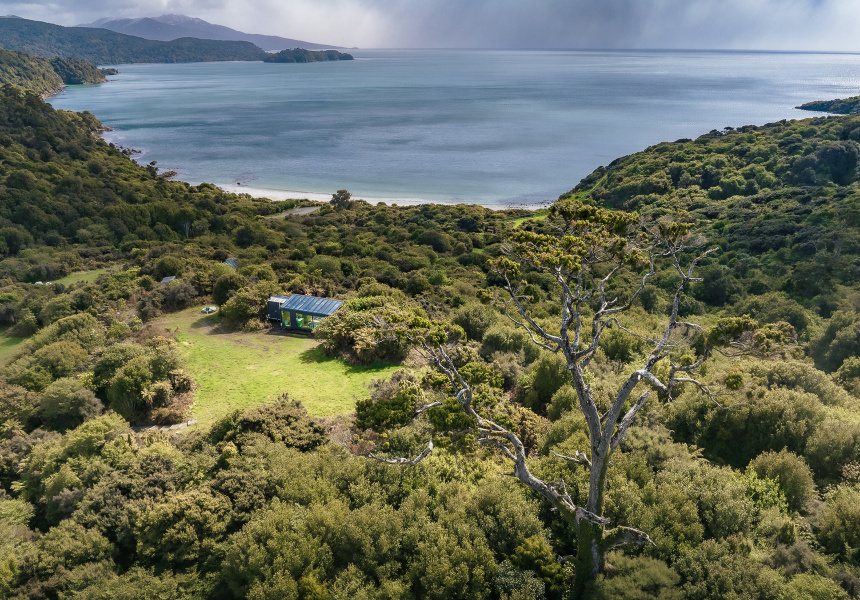 New Zealand’s southernmost point and third largest island can be reached by ferry or helicopter from Bluff, or flight from Invercargill. It’s a special place that boasts an extraordinary variety of landscapes for its size (1570 square kilometers) – from lush forests to ancient swamps and white sand beaches.

Eighty-five per cent of Stewart Island is a national park and in 2019 it was awarded Dark Sky Sanctuary status, for the fact it is largely free of light pollution. It’s also home to over 20,000 kiwi birds which far outnumber the island’s 400 or so residents.

The two new Purepods – named Hananui and Tokoeka – are situated behind a predator-proof fence within Mamaku Point Conservation Reserve. There’s also special red lighting that improves the chances of spotting the famously shy, nocturnal kiwi at night from the deck or even from bed.

These new locations have been around five years in the making for the company, says Purepods chief executive Stephanie Hassall.

“We first started speaking to the owners of Mamaku Point Conservation Reserve back in 2017. Given its remote location, we knew the build logistics would be a challenge,” she tells broad sheet. The team wanted to make sure it was up to the task of completing the huts to the same standards as the other Purepods. “Planning, a great team, the support of the community and smart technology honored over the years made this dream a reality.”

As with the company’s other cabins, these new Purepods have been designed to have minimal impact on the natural environment while still offering a comfortable and well-appointed way to experience nature. That means there’s a hot shower (with a great view), a flush toilet, a queen-size bed with crisp linen, and cooking and eating equipment.

With no wi-fi connection, you’re encouraged to switch off but you’re unlikely to be bored – there are plenty of things to explore on the island and back at base there’s a selection of games, local reference books, and a telescope .

The company is passionate about “bringing stunning New Zealand experiences to all those who seek it,” says Hassall – and there’s no denying that being able to spot a kiwi from the comfort of your bed, under the blazing stars in an eco-reserve, is pretty special.