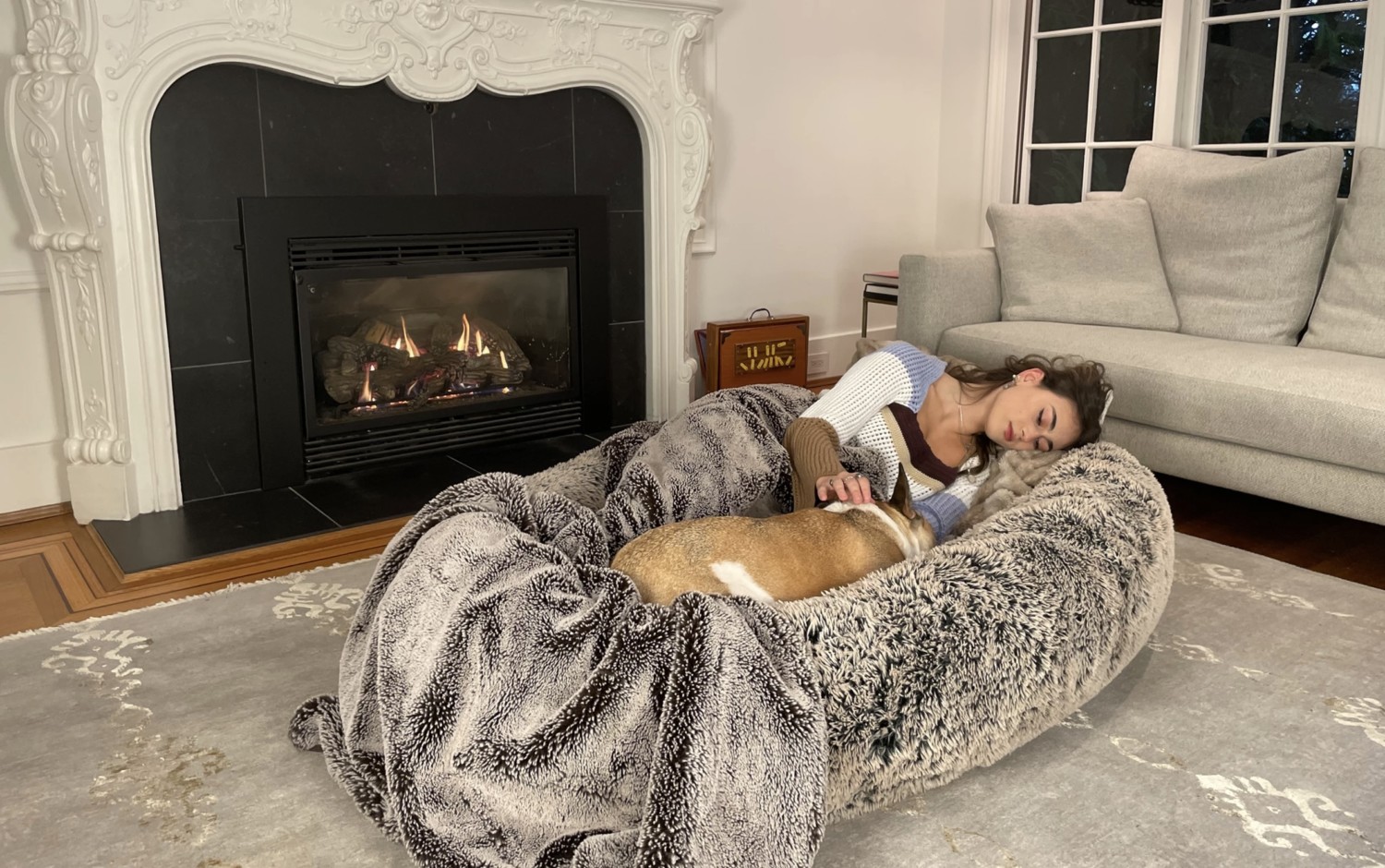 Have you ever looked at your pet all snuggled up and snoozing in their fluffy little bed and thought, “Gosh, that looks comfy!”? If so, you might want to check out the Plufl. While it looks like a human-sized dog bed — and, indeed, that’s basically what it is — the makers of the Plufl claim that it is so much more.

Noah Silverman and Yuki Kinoshita met in 2018 during their first week attending the University of British Columbia and became best friends. The owners of the campus coffee shop where Silverman worked had a Great Dane that hung out at the café. The extra-large dog would rest in a huge bed his owners had made, which gave Silverman the idea to make something similar for people.

He told Kinoshita, who shared his fondness for napping.

“Yuki and I have always been pretty big nappers. You know, being university students,” Silverman told the Vancouver Sun. “With full-time classes and extracurriculars, it’s hard to get a full night’s sleep.”

The two entrepreneurs, who just graduated from their international economics program, want to normalize napping during workdays for optimal health and productivity — and taking those naps in a space made for napping, rather than retreating to a bed where the body is used to reclining for 7 hours at a time.

With the help of a designer with a background in textiles, the friends came up with the Plufl (plush + fluffy) design. Silverman says people were skeptical at first, but the idea gained traction on TikTok on their account @weareplufl, thanks to posts like this:

Featuring an orthopedic memory foam base and a removable, anti-microbial, machine-washable faux fur cover, the Plufl is engineered to provide the optimal napping experience. It is also designed to foster a sense of security, which can relieve symptoms of ADHD, stress and anxiety. In addition, it has a thick, soft pillow border that lets you tuck your hands and feet in if you want. The oval shape cradles you in a natural fetal position.

Plufl launched a Kickstarter campaign in April, meeting its goal the same day. The company later shared an update on Facebook.

“We are super excited to announce that we have nearly tripled our 25K goal with over 200 backers in just three days,” the Plufl Faebook page announced. “We are so grateful for all of the support and are excited for you to be joining us in this journey.”

While you can’t yet buy a Plufl outright, you can get one through the product’s Indiegogo campaign if you hurry. The company anticipates the retail price to be about $500, but a few limited early-bird specials still allow you to preorder a Plufl for $399. Kickstarter contributors get their Plufls starting in November, while Indiegogo campaign participants can expect theirs starting in January 2023.