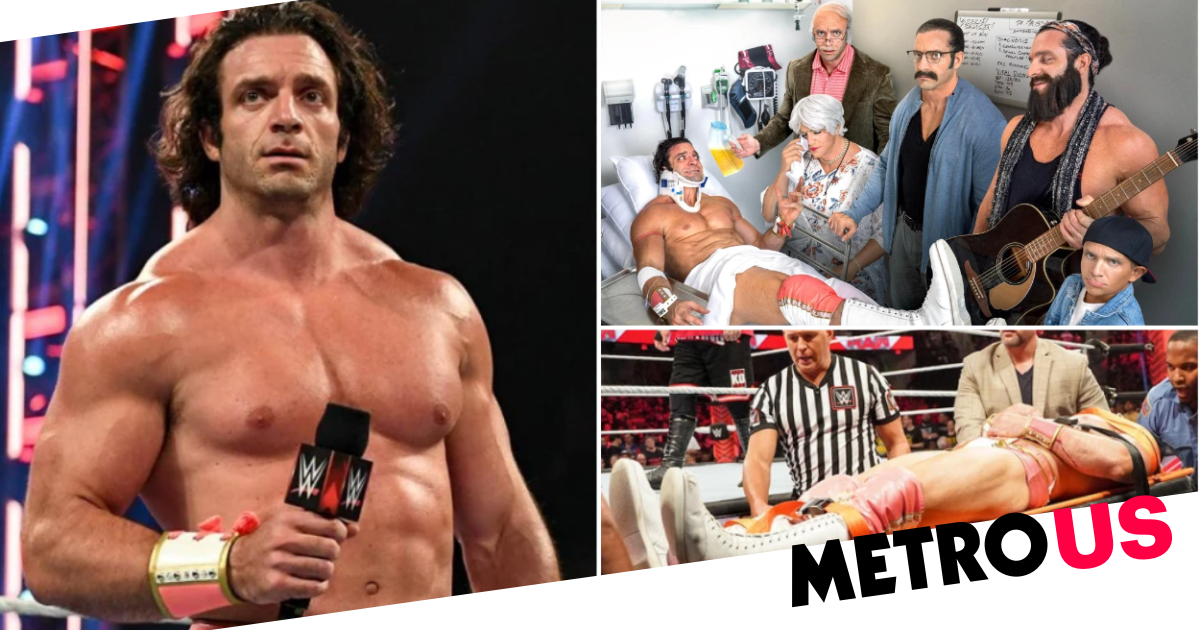 WWE superstar Ezekiel is on the injury shelf and his family have been by his side in hospital in a new group photo.

The Raw wrestler – who was introduced after WrestleMania 38 as the younger brother of Elias and looked suspiciously like his older sibling – was carried out on a stretcher after being brutally attacked by Kevin Owens earlier this month.

On Monday night, Ezekiel’s dad Ernie Jr. appeared on the red brand’s weekly show to address the recent beatdown and issue a warning to KO.

The brief video played alongside a family photo of the star’s loved ones gathered round his hospital bed, with Ernie and his, er, son Elias joined by another sibling Elrod, their mum and a young child.

Fans have pointed out that everyone in the picture looks like Ezekiel/Elias in different costumes, but we can neither confirm nor deny that rumour.

Of course, Owens has spent months calling Ezekiel a liar and claiming he and Elias are the same person, and some people think he has a point.

Just a few weeks ago, Zeke even reunited with Elias on screen to mess with Owens, who insisted it was all down to camera trickery.

Last week, it appeared the Ezekiel character had run its course with the injury storyline coinciding with Triple H taking control of WWE’s creative direction.

He knows Elias from their time working together in NXT, and if Owens to be believed and they are indeed the same person, this could leave the door open to him returning to his beloved musician persona.

One fan had pondered: ‘That looks like the end of Ezekiel. Triple H may be bringing back Elias’.

Now, it looks like the storyline will indeed continue, and it’s almost impossible to predict what direction it will head in next.

WWE Raw airs Monday nights at 1am on BT Sport 1.