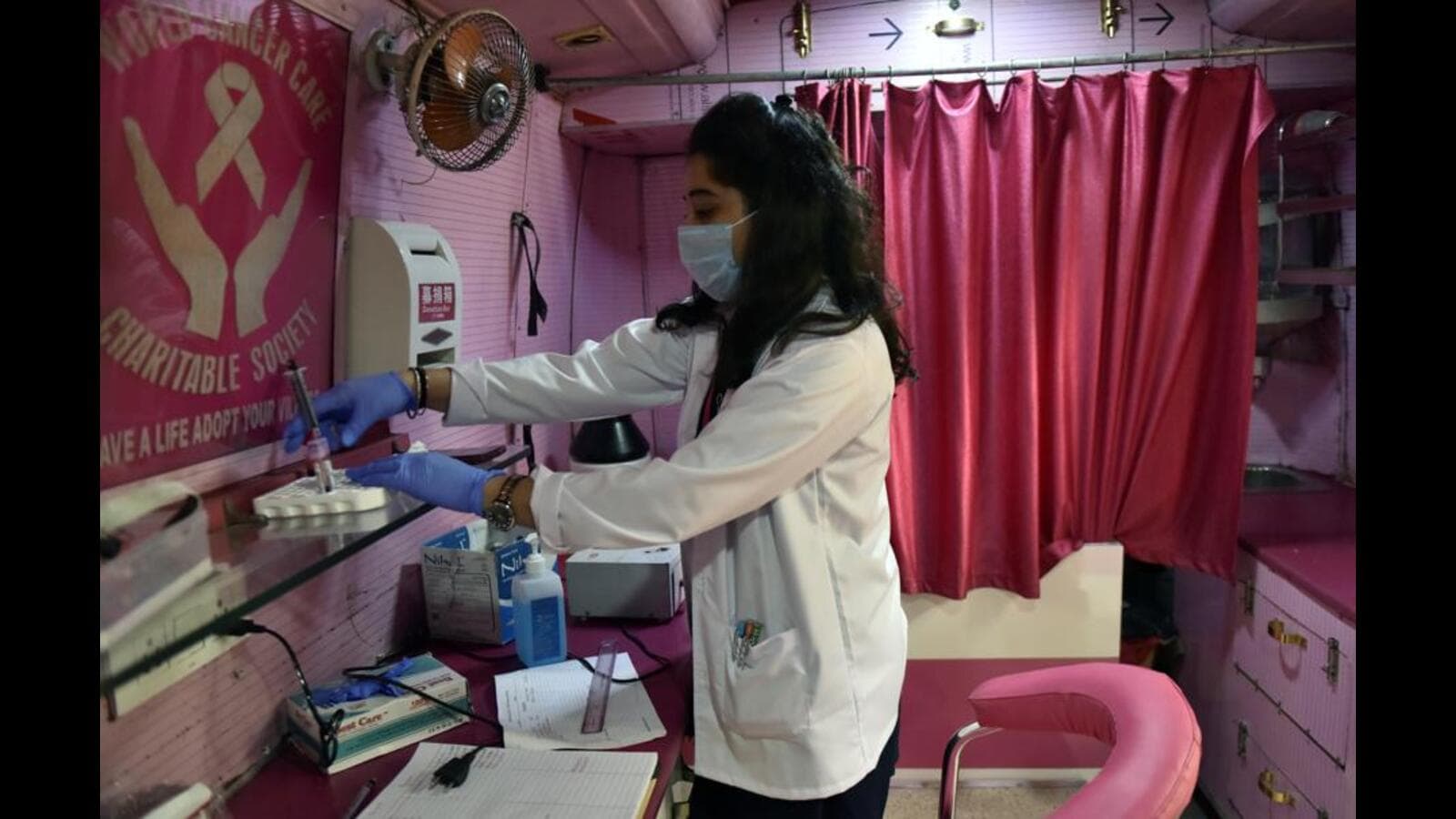 New Delhi The word cancer is enough to strike fear into many, but examples of resilience and positivity are often encountered, where no stone was left unturned to defeat the disease. And sometimes many others help in this long struggle. Today on World Cancer Day, some of Delhi’s youth share the inspiring stories of dealing with cancer as survivors or carers.

“I was 15 when I was diagnosed with cancer. I still remember the doctor asking me to go outside while he broke the news to my parents,” says Mohd Arshad Khan, who is studying BA (Prog) at Delhi University’s School of Open Learning (SOL). After recovering today, this Rajouri Garden resident recalls, “Somewhere in the back of my mind I knew it was a serious illness, hence the stillness and sadness. But as my treatment progressed, I was determined to beat it. Cancer se pehle bhi I was a kid with a strong fighting spirit so I thought ki kuchh bhi ho jaye yeh jung jeetni hi hai. I went from 50kg to 30kg in just one month, but I was hellbent on beating cancer.”

From being tired after just 100 meters in 2012 to being healthy and fit enough to run awareness campaigns and nukkad nataks in 2022, Khan has come a long way, says Khan. The young survivor is now linked to the NGO CanKids KidsCan and says he loves motivating fellow cancer patients. “I meet a lot of patients, help them play and do various other activities. Treatment toh chalta hi hai but it’s important to keep talking to them so they don’t lose track at the end of the tunnel,” says Khan, sharing his academics never improved after his battle with cancer and he didn’t score enough to go to a regular college, but he’s happy to contribute in his own way.

Khan’s fellow volunteer and DU’s SOL comrade, Ravi Singh, also remembers his battle with cancer as an uphill one. “Doctors told my parents I was little more than a corpse and everyone around us told them to instead spend our limited money on treating my younger brother, who once fell off the terrace and became ill. I used to stay awake in fear ki agar main so gaya toh main marr jaunga. Then one night I overheard my parents contemplating poisoning themselves to end this ordeal,” shares this RK Puram resident, who has come a long way in recovery and is now involved in caring for other such patients . He adds: “Jab cancer patients and Unki families are humming Milti Hain, feeling inspired. They think jab iss bacche ne kar liya toh hum bhi kar sakte hain!”

Some youth who care for cancer patients in their families say they do so to help their loved ones win the battle. Even if it means juggling her studies on the side. Dinky Khurana, a fourth-year B El Ed student at Miranda House, DU, shares: “My Maasi lives about four doors down from ours. She had cancer 10 years ago and was treated for it. But the cancer returned and affected every part of her body… My Maasi had lost hope of survival and the doctors urged us to give her moral support. We tried that and called them in the morning to play or go shopping with us or watch movies with us. We encouraged ki voh bahar aakar apne mann ki baatein share karein kyunki kahin na kahin andar chhupi haat aur beemar karti hai. Moral support can work wonders. So we tried to take care of her mental health and presented her with survivor cases. Now her sanity is much better than before and she wants to enjoy her life.”

There is no greater joy for these young souls as they see their nearest and dearest win the battle. Prateek Das, 24, who is currently preparing for MTech, shares the same and remembers helping his mother. “We found out about my mother’s stage 2 breast cancer in April last year. At first we were quite shocked and couldn’t understand what happened. You can’t get too emotional with these things, otherwise you’ll break down and you won’t be able to plan and process it. We have to stay a little bit logical. I was in my senior year and had a big project to submit at the time, but this new one came along. It was difficult to do both, but again, you can’t get too emotional because a family member has cancer. It would only throw you off course… Now that she’s fully recovered, I wonder how I did it back then.”

The inner strength and determination of these young people kept them going. Rohit Singh, who is currently preparing for competitive exams, had a long battle with leukemia (blood cancer) during his college days. Singh, who was diagnosed in 2015, was declared a long-term survivor and recalls: “I was 18 when I found out and had been in intensive care for two years, during which I had to make multiple visits to the hospital. It also influenced my studies, but my teachers supported me. Hospital mein bade chhote, sabhi log friends bann jaate the, toh young cancer patients ki families ko mai us time par bhi samjhata tha ki kaise woh patient ko sambhalein, aur khana khilaye if they don’t feel like eating.” Since his recovery, Singh has on Participated in many awareness and patient support campaigns run by NGO Leukemia Crusaders. He adds: “It helps those fighting cancer to see and talk to real survivors. Up until the outbreak of the Covid pandemic, I was visiting patients to support them. Now I help patients and their families over the phone, not only as a friend but also as a survivor.”