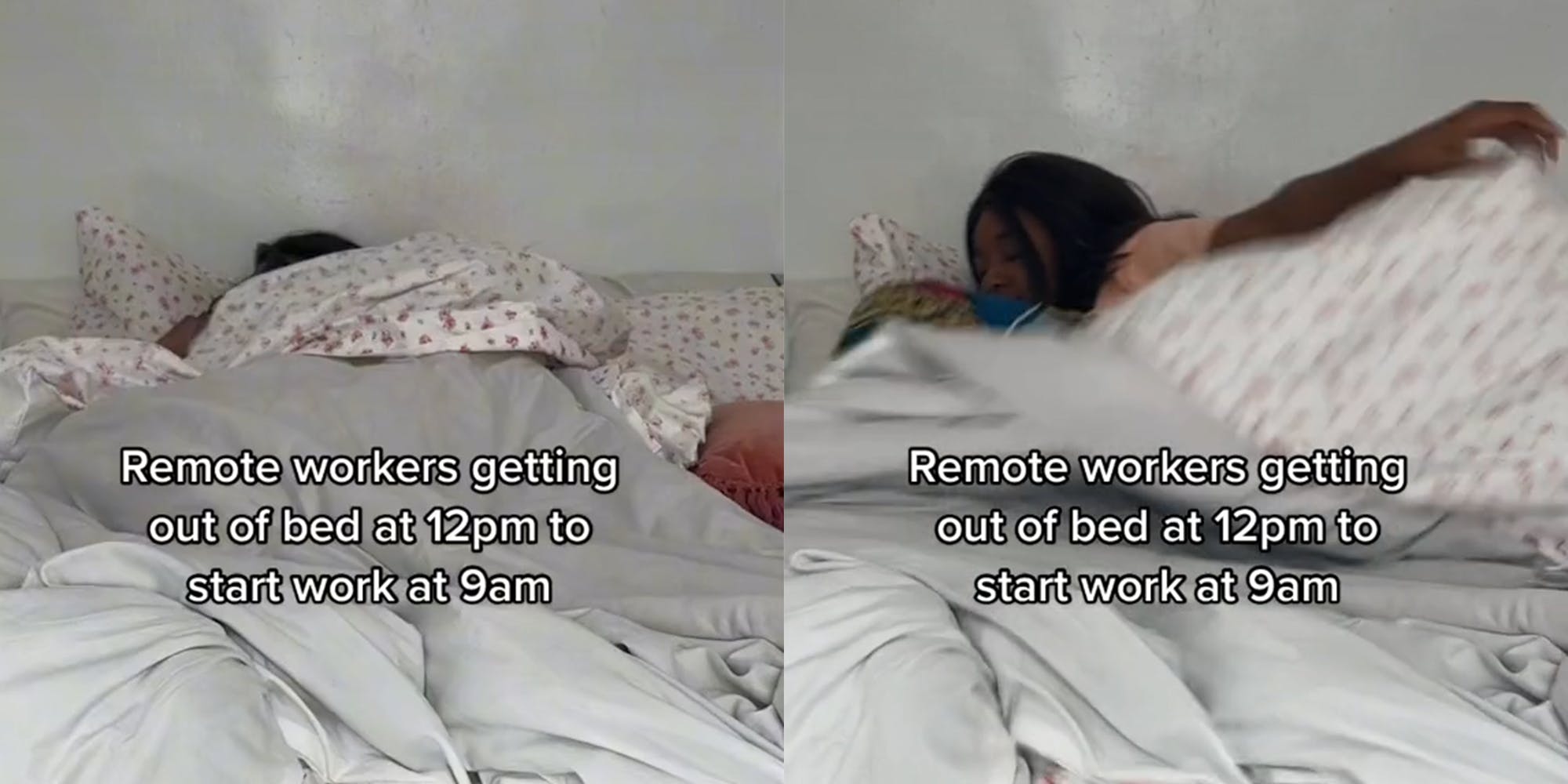 A TikToker joked about what time remote workers “get out of bed” in a TikTok that’s resonating with those who work from home.

User Sarah (@virgomatcha_) filmed herself “waking up,” with the text overlay: “remote workers getting out of bed at 12pm to start work at 9am.”

“Living the dream” Sarah captioned the clip, including several hashtags about working from home, being a millennial or Gen Z worker, and being a corporate worker.

The video has been viewed over 812,000 times. Workers who viewed the video seemed to resonate with it.

“I wake up 10 minutes before my first meeting lmao,” one person who says they are a project manager and does not have to clock in wrote.

“I wake up at 9 am and respond to messages while brushing my teeth,” another commented.

Even LinkedIn weighed in, joking, “It’s 9am somewhere.”

Sarah later shared in the comments section that her job is in influencer marketing and that her supervisor doesn’t care what time she wakes up, as long as the work gets done.

Sarah isn’t the first TikToker to joke about starting times for remote work. Back in June, TikTok user Kevin (@kev.well) made a similar video in which he “woke up” a minute before clocking in.

According to a study cited by forbes, workers who get to work from home lie about the amount of time they actually spend working. The study found an average remote worker spends nine hours a week on the clock doing non-work-related tasks, like cooking or running errands. One of the tasks listed, however, was not sleeping. Furthermore, the employee most likely to lie about working when they aren’t executives, the study found.

Melody Heald is a culture writer. Her work can be found in Glitter Magazine, BUST Magazine, and more.