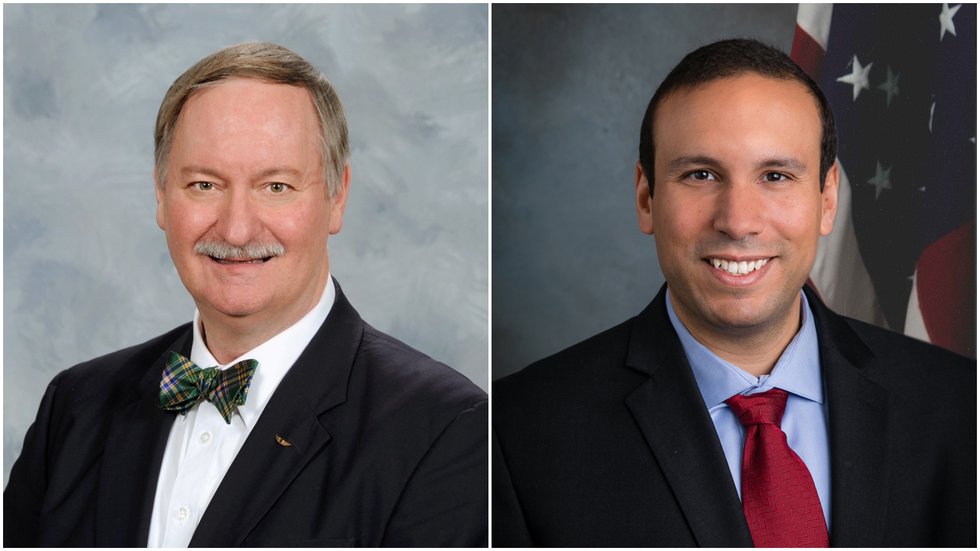 WOODWAY, Texas (KWTX) – Amine Qourzal saw the check designating the winner by his name on TV news election coverage Saturday night, hugged his family and went to bed thinking he had won re-election to another three-year term on the Woodway City Council.

However, Qourzal said he was “stunned” when he was notified the next day that council members in Woodway must win a majority of the vote, not a blur, as Qourzal and many others believed.

So, just a handful of votes shy of a majority, Qourzal, a council member since 2019, faces a potential runoff election with fellow Baylor University employee David Henry.

The results won’t be official until Woodway officials canvasses the votes from the May 7 city election on May 18. But if results stood as reported on election night, Qourzal and Henry, who also thought Saturday night that his candidacy had come up short, will square off again in a runoff for the Ward 1, Place 2 seat, tentatively set now for June 28.

Qourzal, 38, senior director of operations and finance at Baylor’s Career Center, received 524 votes for 49.43% of the vote, while Henry, a Waco patent lawyer and a professor at Baylor Law School, won 426 votes for 40.19%.

Nancy Goebel, who withdrew from the race but was unable to keep her name from appearing on the ballot, received 110 votes for 10.3%. Goebel endorsed Henry and told city council members Monday night that she thinks if her name had not appeared on the ballot, every vote for her would have gone to Henry.

McLennan County Elections Administrator Jared Goldsmith, whose office ran the election for Woodway and other entities, said Goebel would have had to submit a notarized certificate of withdrawal or a notarized letter to his office by Feb. 25 to have her named removed from the ballot. Goebel did not contact his office, Goldsmith said.

The terms of most elected members of city councils and school boards in Central Texas are two years. However, Woodway City Council members serve three-year terms. Election laws, depending on the type of city involved, such as home rule, Type A or Type B, say those officials elected to terms longer than two years and shorter than four years must be elected by majorities, not pluralities.

In the fallout over the election confusion, some unfairly have criticized city officials for not removing Goebel from the ballot, while others are calling for Henry to drop out of the race.

Henry said Wednesday he is going to run until he crosses the finish line.

“This race is not about me,” Henry said in a statement. “Until the law says that this race is over, one way or the other, both Amine and I owe those who voted for us our best efforts to carry their wishes through. To my mind, that is an ethical duty that I will not abrogate. This is not about me winning. It’s about carrying through with a promise that I made to those who sought my running, supported me in doing so and voted for me.”

Henry asked those calling for him to concede to Qourzal how they would feel if their favorite football team, perhaps one they bought season tickets for or contributed to the program, quit during the fourth quarter because the other team was ahead.

Qourzal hopes a runoff will not be necessary because of the added expense to the city, but said he will abide by the results of the election canvases.

Oubre said the cost of the runoff, if necessary, will be minimal to the city, perhaps around $2,000.

He said if a runoff is called, early voting and election day voting will be held at Woodway City Hall. Early voting tentatively will be held on June 16 and June17 and from June 20-June 24.