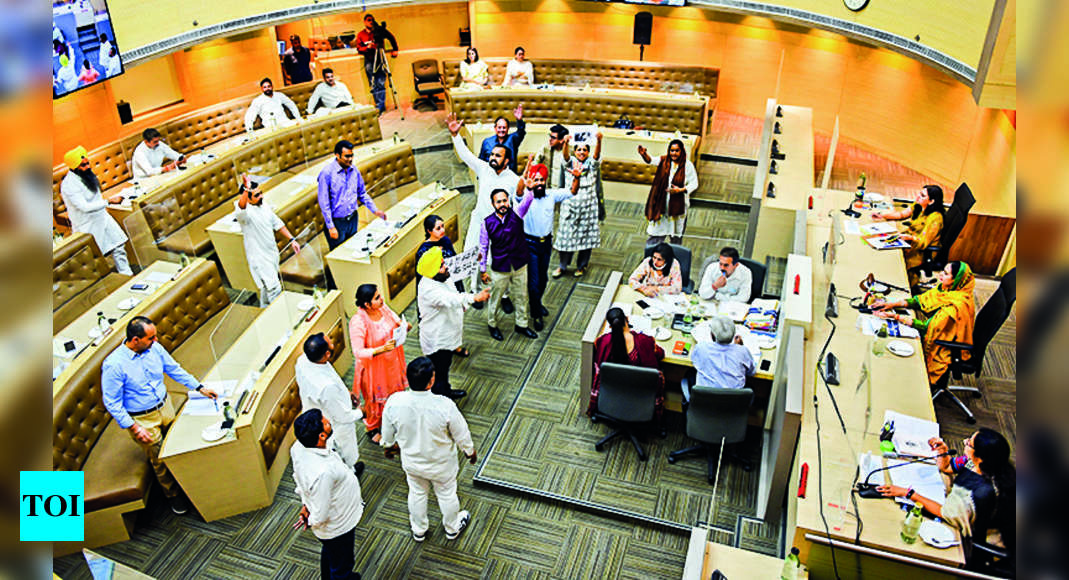 Chandigarh: The youngest councilor of the Chandigarh Municipal Corporation is well equipped with B.Ed and MA degrees. While raising issues of her ward during the first house meet, she plans to focus on women’s security, among other concerns.
Talking to TOI, Neha, councilor from Ward 19, who defeated Congress candidate Kamlesh with a margin of 804 votes described AAP chief Arvind Kejriwal as her mentor. According to her, the dispensary in her ward is in a dilapidated condition and needs an upgrade, particularly during the pandemic when health is a priority.
There is a shortage of doctors here and even medicines are not provided. More facilities like a 24×7 ambulance and ultrasound are required at the dispensary, she said. Women’s security is also a priority for her and she plans to get more police patrols provided in the area. She also wants to work on repairing the bus queue shelter, which is in bad shape. Protests with AAP supporters to get the bus shelters repaired have not yielded results so far, she said. Other issues she plans to take up are poor roads in industrial areas, cleanliness and the problem of stray animals.
“I know the issues of my ward and with the support of ward residents, I will resolve them all, this I promise,” said Neha.