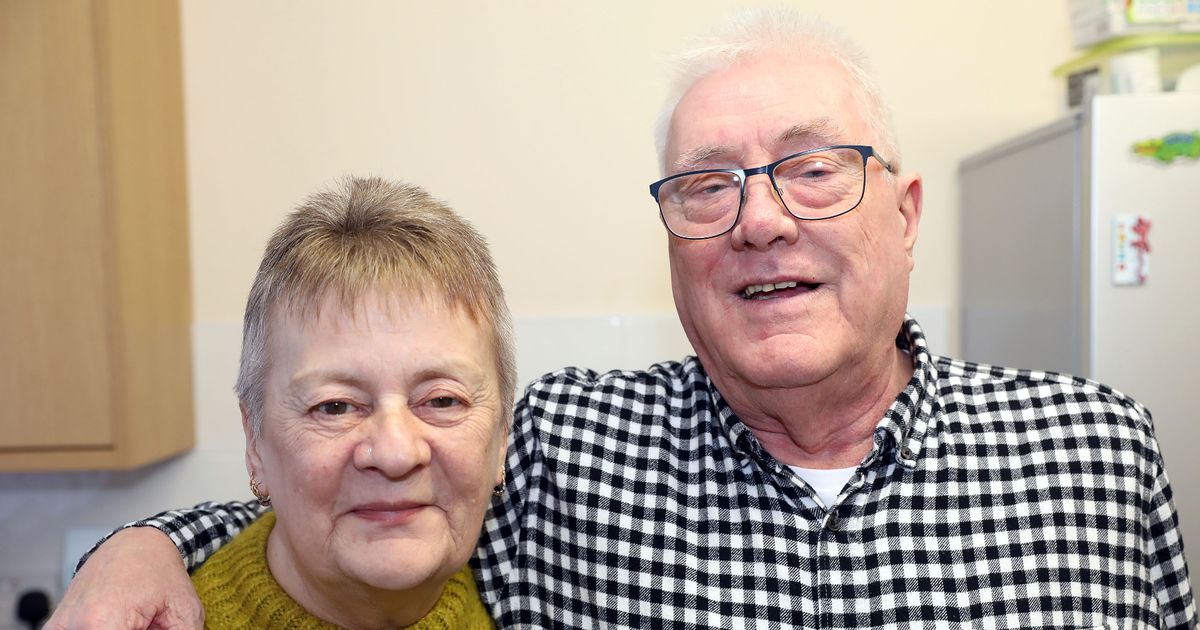 A devoted husband was left thinking what else could go wrong after his wife collapsed and everything “kept getting worse” after ambulance crews turned up.

Christopher Jackson-Wyatt claimed his wife Anita, 64, was left waiting for three hours on the floor after falling unconsciously at their Ruthin home. When ambulance crews finally arrived they were “not prepared” for the job at hand, Mr Jackson-Wyatt said, and they even dropped Mrs Jackson-Wyatt on the floor as they carried her out to the ambulance.

To top matters off, when Mrs Jackson-Wyatt got to hospital she contracted Covid after being admitted to the intensive care unit in Ysbyty Glan Clwyd. Before that she waited 32 hours for a bed.

Mr Jackson-Wyatt told North Wales Live: “It started last Thursday, she fell in the house and knocked herself out – she’s only been out of hospital a week. I rang for an ambulance and told them she was unconscious, face down on the floor and she couldn’t breathe properly.

“I’m a disabled pensioner so I couldn’t lift her up, so I was asking them to hurry up but they just kept telling me they were busy. I phoned the ambulance four times, and they came out three hours later but she was really weird.”

“She’s still unresponsive at this point, and they were struggling to lift her but they’re supposed to be experienced and be prepared for these types of things. When she was in the back of the ambulance she had no privacy, the doors were open and all the neighbors could see, it was disgusting.”

The couple, who’ve been married 44 years, rely on each other for care and support. Mr Jackson-Wyatt, who has stage four kidney failure, took on the role of his wife’s carer a few years ago. He said: “I get very emotional because we’re so close, people say we’re joined at the hip and we’re never anywhere without each other. I can’t sleep, I keep having flashbacks of what happened out there. It’s all getting the better of me now, it’s just one thing after another.

“It’s been terrible, and now she’s got Covid, what else can go wrong?”

Anita was transferred to the Countess of Chester Hospital on Saturday for an emergency procedure on her kidney, but has since returned to Ysbyty Glan Clwyd, where she is receiving treatment.

Wendy Herbert, the Welsh Ambulance Service’s Executive Director of Quality and Nursing (Interim), said: “We were really sorry to hear about Mrs Jackson-Wyatt’s experience, and are already in direct contact with her husband to better understand their concerns and look into their claims. We would like to extend our thoughts and best wishes to Mrs Jackson-Wyatt on her continued recovery.”

Gill Harris, Executive Director of Integrated Clinical Services at Betsi Cadwaladr University Health Board, said: “We are very sorry to hear about Mrs Jackson-Wyatt’s experience. We have contacted Mr Jackson-Wyatt so that we can investigate his concerns.”