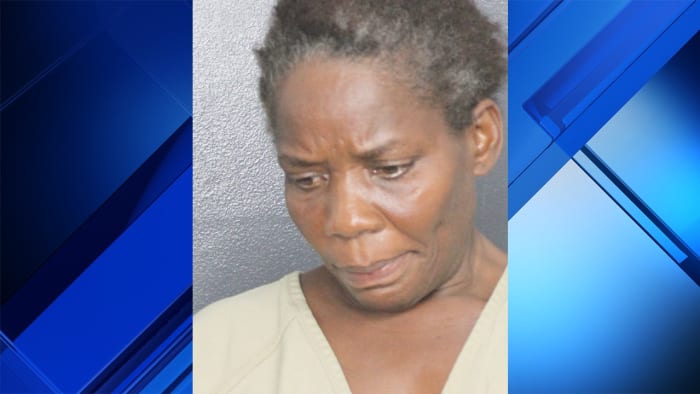 POMPANO BEACH, Fla. – A Pompano Beach woman faced an arson charge over the weekend after Broward County deputies say she lit a bed on fire over a bra, or, rather, a lack thereof.

To support the allegations, deputies allege that 52-year-old Henguer Alexandre confessed to the brassiere-related burning.

According to a Broward Sheriff’s Office arrest report, at around 1:30 pm on Saturday, Jan. 21, deputies, along with Pompano Beach firefighters responded to an apartment unit at 480 SE 15th St.

Deputies said after firefighters put out the flames inside the unit’s bedroom, they saw fire damage and a burned bed. It was then they began an Arson investigation.

They said they determined Alexandre was the only one inside at the time.

According to the report, Alexandre told deputies she “intentionally” set the bed on fire because “she was upset that her son’s girlfriend was not wearing a bra.”

“When she observed the fire growing larger, she closed the bedroom door and made no attempt to extinguish (it),” Deputy Victoria Quinones wrote in her report.

Deputies arrested Alexandre on a second-degree arson charge and gave her a lift to the Broward County Main Jail.

She remained in jail on a $7,500 bond as of Wednesday evening.