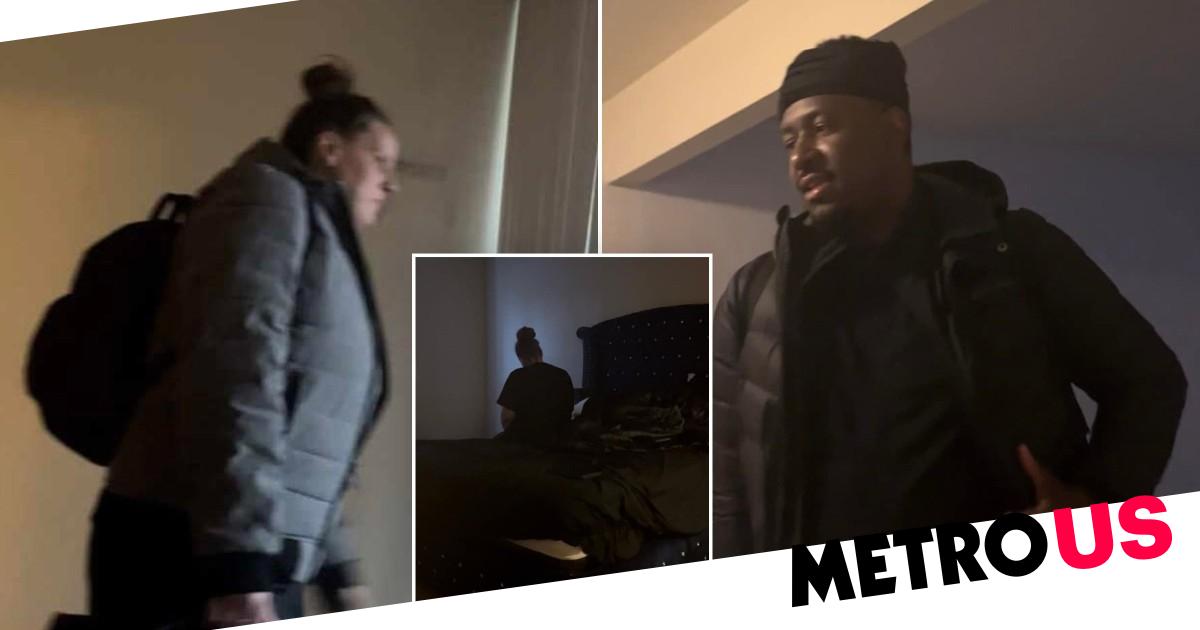 A woman returning to her Maryland home after a vacation found a couple laying in her bed and over $49,000 worth of her belongings stolen, police said.

The woman came home from her trip to discover her front door damaged and her possessions cleared out of her apartment, police in Greenbelt, Maryland said.

‘[The resident] located two suspects, a black male adult and a white female adult lying on one bed, the only piece of furniture still in the home,’ Greenbelt police said.

The squatters told the woman they had taken all her property, and reportedly became aggressive before fleeing the scene, Fox 5 reported.

The victim, whose identity was concealed by the outlet for her protection, recounted the horrifying ordeal.

‘Not only were they in my home, but everything in my home was gone except for my bed because he details how he loved my bed so much,’ she said. ‘ And I’m like who are you? And he says my name. He’s like you didn’t pay your rent. I’m like what are you talking about? I paid my rent.’

The woman then tried to leave but the male suspect stopped her.

As the male suspect calms down, the victim began to secretly record him on her cellphone.

She said before they left the male victim said he planned to do the same at another apartment. Over $49,000 worth of the woman’s belongings were stolen in the incident.

According to police, the woman’s apartment was fully furnished before she left for vacation on March 28. Her landlord is letting her break the lease early and move out.

Police have not yet identified either suspect involved.