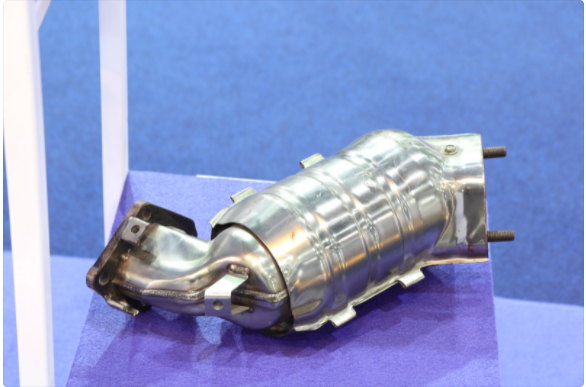 A woman was caught with several catalytic converters hidden under a tarpaulin on the back of a stolen pickup truck.

Cheyanne Lee Williamson, 29, of Eustis, drove the stolen 2005 silver Chevrolet pickup on the US Highway Saturday morning. 27/441 on Eagles Nest Road, according to an arrest report from the Fruitland Park Police Department.

During a traffic stop, Williamson claimed she had no idea the pickup was stolen and said she believed it belonged to a “friend of a friend,” the report said. However, she admitted that she and her boyfriend stole the catalysts in Leesburg, Fruitland Park, and Lady Lake, as well as locations in Lake and Marion Counties.

Williamson was arrested for serious car theft. The pickup was towed from the scene of the crime.

Williamson, already on parole, was posted to the Lake County Jail without commitment.

One man who was in the pickup truck with Williamson, 38-year-old Christopher Lynn Sanders of Eustis, was in the possession of methamphetamine and marijuana. He was arrested for drug possession and was arrested on $ 3,000 bail in the Lake County Jail.

Local law enforcement agencies have been warning of thieves’ increasing appetite for the precious metals contained in catalysts for months. A man living near the village of Fenney was arrested in connection with the sale of stolen catalytic converters. A suspected catalyst thief was tasered after a chase in Lady Lake.