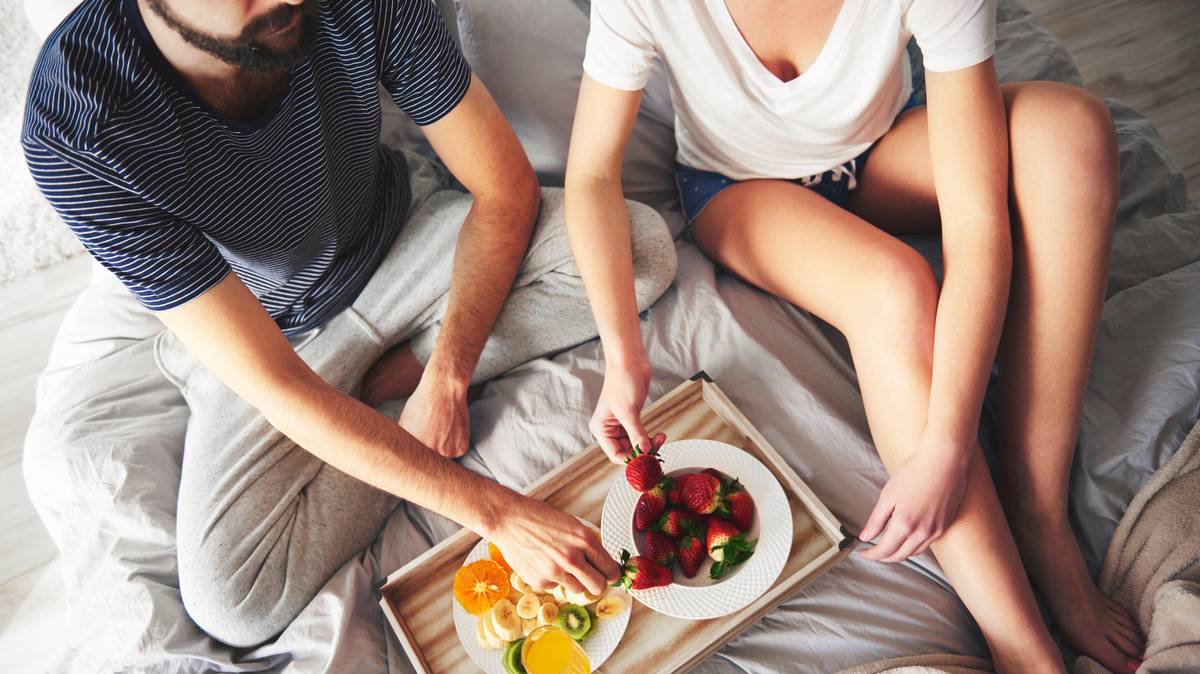 A woman was left in stitches after her boyfriend tried to make her a romantic breakfast in bed – but it went terribly wrong.

You can watch the hilarious video below:

In the clip, the TikToker, @doha__xxx couldn’t stop laughing at what had happened, explaining to followers: “My boyfriend tried to surprise me with breakfast in bed”.

And others couldn’t get over the clip, with one person commenting: “Omg I feel so bad for him 😭😭😭😭😭.”

While another said: “Aww this made my heart hurt for him. Bet he was practically giddy to surprise you with it 🥺.”

And a third added: “A visual example of ‘it’s the thought that counts’ 😂.”

A fourth commented: “Ah mate A for effort though! 😅”

And a fifth said: “He’s laying there because if he can’t see it then it didn’t happen 😂.”

Poor guy! We can’t stop laughing at this.

In other dating TikTok news, we told you about the woman who called out her Hinge match after ‘carrying the entire conversation herself’.

Posting about her experience on TikTok, Kyra (@itskyra.notkyra) told her followers that she had been chatting with her match for a whole week, and still hadn’t been asked a single question about herself.

She said: “I have not been asked a single question. I have asked every question, he has given me answers and no more. I have carried the whole thing by myself.”

Eventually, when she had had enough, Kyra decided to call out her Hinge match in the best way possible. You can read more on that, and watch the video, here.

Meanwhile, we also told you about the woman who was hospitalized after she had been holding in her farts around her boyfriend for two years.

TikToker Cara Clarke, 19, from Co Louth was at work when she developed ‘extreme stomach pain’ and ended up needing urgent medical care.

You can read more on that here.