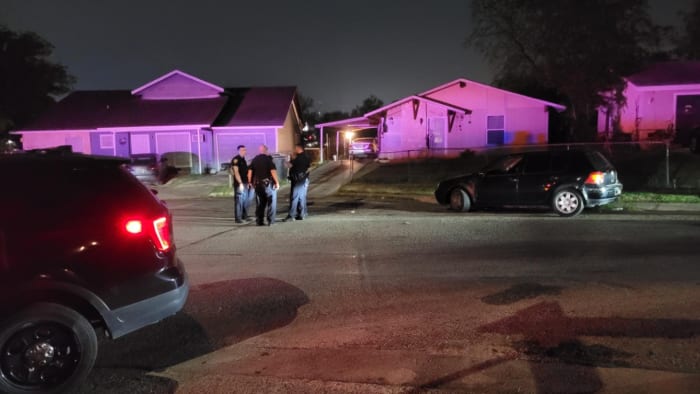 SAN ANTONIO – A 29-year-old woman was struck by gunfire while sitting in bed inside her Southwest Side home early Tuesday morning, according to San Antonio police.

Officers were called around 6 am to a home in the 8400 block of Hidden Bow, not far from Old Pearsall Road and Loop 410 after receiving word of a person wounded.

According to police, the woman was hit in the chest by gunfire that was sprayed from outside. The bullet went through a bedroom window and then struck her, police said.

Authorities say the woman was sitting in bed when she was hit. She was taken to an area hospital with a non-life-threatening injury.

SAPD said the victim did not know who shot at her. They do not have any information on a possible suspect or a motive for the shooting.

The investigation is ongoing, police said.

Copyright 2022 by KSAT – All rights reserved.