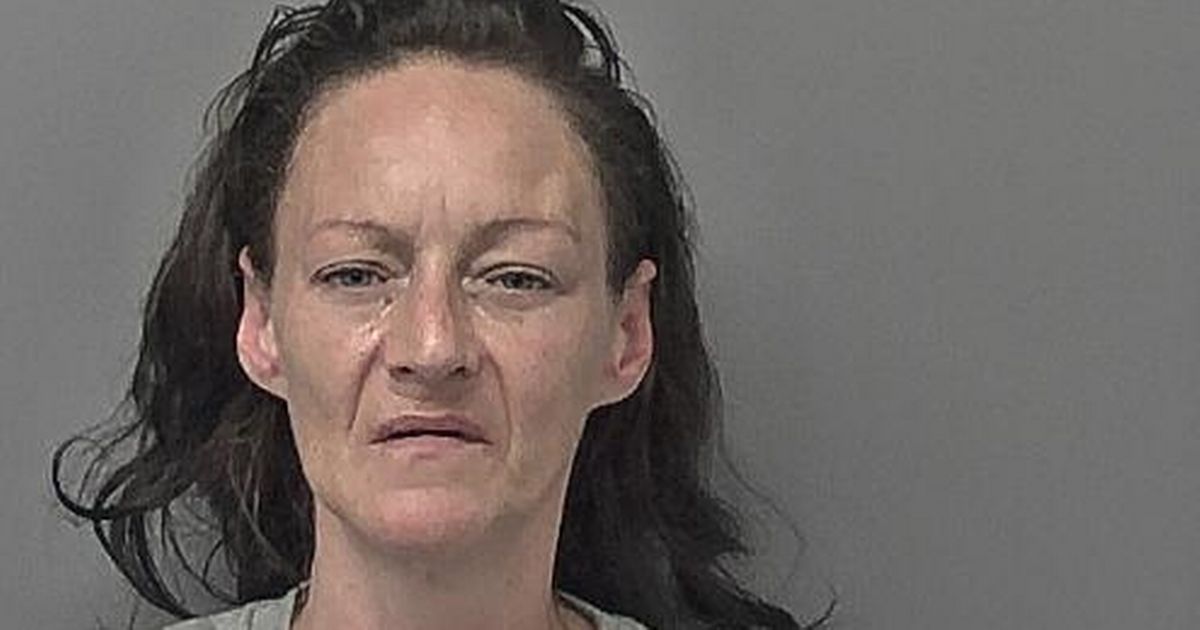 An angry drug addict attempted to “kidnap” a police officer during violent scenes at the Hull Royal Infirmary, only to be deliberately and desperately arrested.

Karina Thompson just wanted a bed for the night and caused havoc in the hospital, including throwing a chair at the police and trying to hit her own head against the walls.

It was “long and persistent violence” and the officer was just trying to stop them from harming themselves, the Hull Crown Court heard.

The drug addict also cruelly stole cash and a bank card from a vulnerable elderly man who used a wheelchair and had given her money in the past.

She also admitted to breaking a Community regulation imposed on May 19 for theft.

State attorney Stephen Robinson said police were called on a report that Thompson was attacked by being knocked out of a stationary car on Belmont Street, Hull.

She was taken to the Hull Royal Infirmary and claimed she took 45 tablets and needed a bed for the night and just wanted to lie down.

She lay down on a sofa and was asked to leave by a paramedic.

Thompson kept saying that she wanted to lie down and suddenly threw a hospital chair very aggressively at the police. It didn’t hit her.

We report on Hull’s dishes every week. For the latest headlines and stories from Hull Crown and Magistrates Courts, subscribe to our free newsletter, sent twice a week.

It’s free, easy, and doesn’t take any time. Just click on this link to our newsletter registration center.

“She was told to calm down, but she tried to hit her head against the walls of the hospital,” said Robinson.

The police tried to hold her when she kept trying to hit her head against the wall.

“She did this several times,” said Mr. Robinson.

Thompson swung her head this way and that, and it hit the hand a police officer had placed against a wall to keep them from harming themselves.

She said to the policewoman: “I’m sorry.

She was “sad” that Thompson “felt it was okay to attack her only to be arrested”.

In another incident, on October 24th last year, Thompson entered the home of a retired disabled man who was using a wheelchair.

He had previously lent her money and called her to go.

She broke free and left, and he found she had taken his bank card and two £ 10 bills with her.

Thompson had been convicted of nine previous offenses, including arson for being ruthless about putting life at risk, and was imprisoned for eight months in 2007 for it.

She also had two child cruelty offenses in 2018.

Cathy Kioko-Gilligan said mitigating that the community orders Thompson was given in May for the theft were a “wasted opportunity” for her.

“Her life got out of hand because of her addiction.

“She realized that she was in serious trouble. That doesn’t excuse their behavior.

“These are horrific offenses. She hopes that at some point she will break the cycle of insults.”

Judge David Tremberg told Thompson, “At the Hull Royal Infirmary you began to behave in a threatening and disruptive manner, full of unprescribed drugs.

“The police have the full protection that these courts can give them.

“Committing insults in the Hull Royal Infirmary is an essential aggravating quality.”

They used “prolonged and sustained violence” during the confrontation.

Judge Tremberg said about the theft of the wheelchair user: “They snuck into his apartment and stole money and his bank card.

“It is clear that you targeted him for his vulnerability. This was a very personal, intrusive crime that caused consequential damage as you continued to use his card.”

“Your victim felt exposed and vulnerable in his own home,” said Judge Tremberg.

“In May, the court gave you a unique opportunity to put your life in order.

“The reality is that you were not ready to address your addiction and you despised this opportunity.

Get the latest updates from across Hull and East Yorkshire straight to your inbox with Hull Live’s free newsletters.

“Instead, you’ve come back to class A drugs, with all the instability and chaos that come with it.”

Thompson was jailed for 21 months.