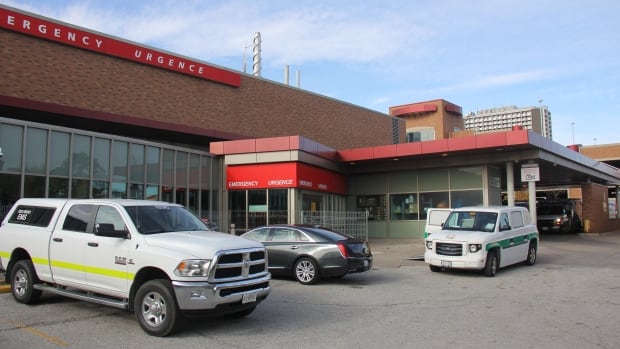 The waiting times in the ambulance can also be longer than usual.

Dr. Wassim Saad, chief of staff at Windsor Regional Hospital, said there are currently 10 people with COVID-19 in the intensive care unit (ICU). For the first time in several months there were double-digit cases on this ward.

“What we are seeing now is worrying that we know that hospital admissions, and especially ICU admissions, are a lagging indicator of what’s happening in the community,” he said.

“We know community rates are rising, we know the positivity rate is rising and there doesn’t seem to be a plateau or decline in those community rates, and as a result, we are now seeing double-digit ICU stays and 18 patients in our hospital with COVID positive infections.”

“No question about it, not just at Windsor Regional Hospital but across the province the vast majority of patients who are hospitalized and in intensive care are unvaccinated.”

He said people fully vaccinated who are hospitalized or in intensive care with COVID-19 have comorbidities.

He said in addition to rising COVID numbers, there is also an increase in respiratory illnesses in adults and children, the latter with severe cases.

“It has gotten to the point where the number of cases has soared that we have had to move children under the age of two to care outside of Windsor because they needed more acute care,” he said.

Only three pediatric patients were transferred in the same period last year.

The pattern and trend look like this will result in more ICU shots.– DR. Wassim Saad

Saad said the hospital has a capable team and a neonatal intensive care unit here, but there are many more patients with more severe symptoms.

“It’s a bit unusual and unusual for so many, especially so many, to be relocated outside of Windsor. Usually we could take care of the pediatric population, ”he said.

“But with the numbers we’re seeing and the number of patients we’ve had to relocate, it’s worrying.”

Saad said the system is holding up under the pressure right now, but it won’t take much longer.

“With the positive pattern and higher rates in the community that we’ve been seeing over the past few weeks, coupled with the current higher admission rates and our ICU capacity, the pattern and trend look like it will mean more admissions in the intensive care unit and further hospital admissions with COVID, ”he said.

“What that usually means is you are pulling doctors, nurses, and resources from other parts of the hospital. In that case, some care can be compromised, and of course it would start with elective treatments, elective surgeries.”

If someone has symptoms they should go to an assessment center, Saad said.