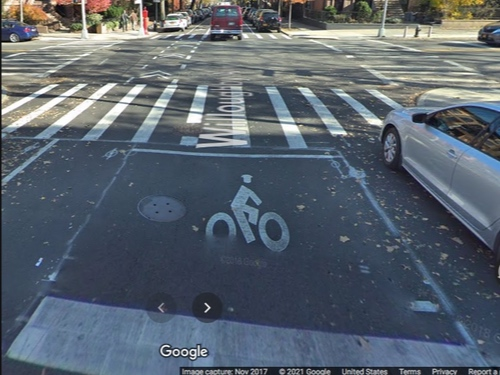 BROOKLYN, NY – A series of upgrades are being made to an open street near the Bed-Stuy border this month to make the street safer for pedestrians and cyclists, according to officials.

The city’s Department of Transportation will begin work on changes to Willoughby Avenue between Hall Street and Washington Park on November 29, according to the department.

The Willoughby Avenue section allows for the city’s Open Streets program, which was set up during the coronavirus crisis to allow New Yorkers to walk, eat, shop, and use the city’s streets between 8 a.m. and 8 p.m. only limited local access for traffic.

The modernization should make the street even friendlier for pedestrians and cyclists, it says in the post.

These include installing curb extensions to reduce the crossing distance for pedestrians, traffic calming measures in the center of the block, and installing new signage. A recommended speed limit of 5 km / h applies on the road.

Willoughby Avenue is one of several projects that traffic officials are working on around the district’s Open Streets.

The department is also improving pedestrian and cyclist access with projects on Parkside Avenue and 20th Street, while gathering feedback on Open Streets in North Brooklyn and Prospect Heights to investigate how they can be made permanent.

The improvements to Willoughby Avenue are expected to be completed in early December, according to the department.