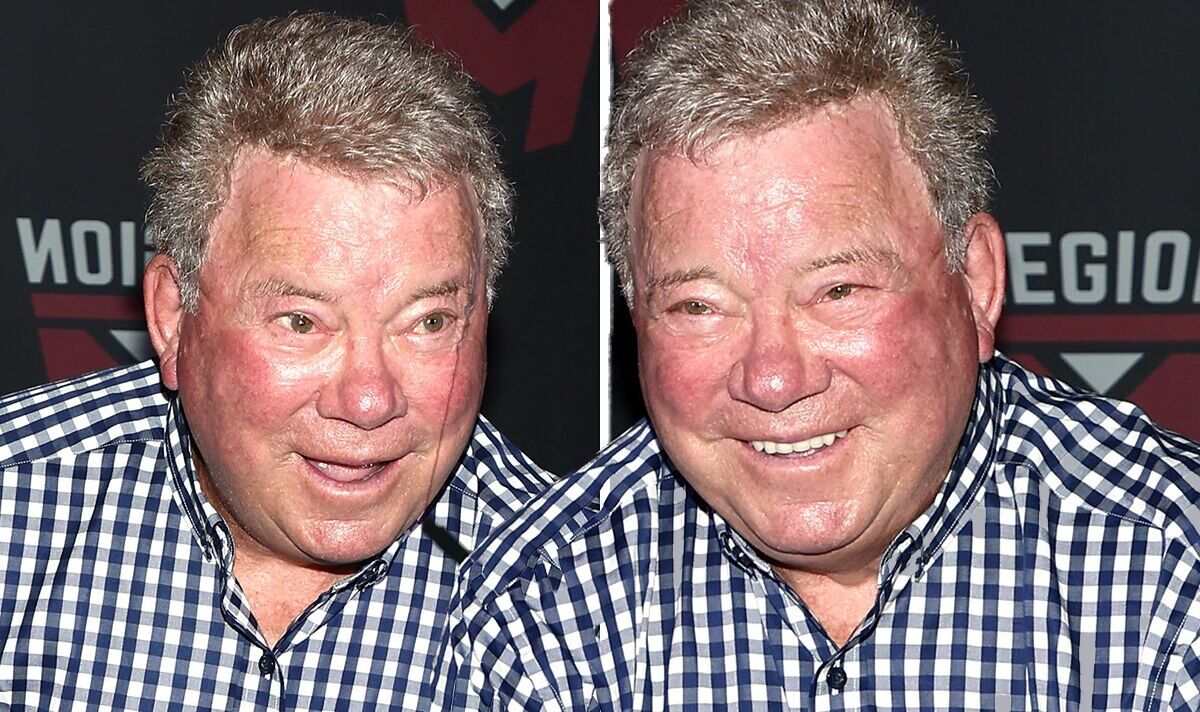 The actor who is best known for his portrayal of James T. Kirk in the Star Trek franchise also became the oldest person to travel to space after he was taken by Jeff Bezos’s Blue Origin space travel company last year. The voyage was filmed in order to be used in an upcoming documentary all about the star’s life, and what a life it has been. Having started in the industry back in 1952, now Shatner has revealed what gets him out of bed in the morning and how he is able to still exercise at his grand age.

“I certainly don’t spring out of bed like when I was younger,” Shatner begins when explaining what seems to be his morning routine, before continuing: “But what does get me out of bed are my two dobermans and my horses.

“I’ll feed the dogs around 7am and then pile them into my car for the half-hour ride to the stables. The hotter it gets here in California, the earlier I go. I take a bottle of water with me because hydration is so important as you get older.

“On the way, I’ll go to a drive-in café and order a large iced green tea and a twice-toasted grilled cheese sandwich. At the arena I’ll let the dogs have a run about while I prepare my horse.”

Explaining more about his love of horses, Shatner shared that he likes to go riding five times a week for two hours.

“They’re highly conditioned Olympic horses that I do reining with. It may seem like it’d be tough on your body, especially at my age, but if you’re a decent rider there’s no impact, you’re at one with the horse; I used to compete. I’ve had horses for over 40 years — once I’d bought one, I couldn’t stop. They need friends.”

With a zest for life and exercise still intact, Shatner went on to reveal more about his lifestyle, family and everyday routines whilst living at his home in California.

He added: “It’s important to keep your inner child alive no matter what stage of life you’re at. Recently when my granddaughter was worried about going to cooking school in Italy, I said to her: ‘Think of your journey as a movie . You’re the main character, go have a good time and make a great movie.’

“Because I put on weight so easily, dinner is just fruit and tea, having had a larger lunch. I’m a hopeless cook anyway. Depending on when I need to be up, I often watch TV late into the night.

“I’m a ‘newsaholic’ and sports fiend — I love the LA Rams. But as much as I enjoyed going to a game in their new stadium, who wants to wait for two hours to use the bathroom or get a hotdog at my age?”

With a motto of “eat well, don’t smoke, don’t drink too much and exercise”, it seems that Shatner has mastered crucial elements of a healthy and balanced diet and lifestyle which are all highly recommended by professional medical bodies such as the NHS.

As Shatner already touched upon, exercise has been dubbed by the NHS as a “miracle cure”. Participating in regular exercise can in fact reduce an individual’s risk of major illnesses such as coronary heart disease, stroke, type 2 diabetes and cancer and overall lower your risk of early death by up to 30%.

In addition, research shows that physical activity can boost self-esteem, mood, sleep quality and energy, as well as reducing an individual’s risk of stress, clinical depression, dementia and Alzheimer’s disease.

With plenty of physical and mental health benefits, exercising is critical if individuals want to live a “healthy and fulfilling life into old age”. The NHS even provides some recommendations as to how people can get into exercising and how much they should be doing each week.

The UK Chief Medical Officers’ Physical Activity Guidelines – found on GOV.UK – state that adults should try to be active every day and aim to do at least 150 minutes of physical activity over a week, through a variety of activities.

For most people, the easiest way to get moving is to make activity part of everyday life, like walking for health or cycling instead of using the car to get around. However, the more you do, the better, and taking part in activities such as sports and exercise will make you even healthier. In order for an activity to benefit your health individuals need to raise their heart rate, breathe faster and feel warmer. This is known as moderate intensity activity.

In addition to exercise, eating a balanced diet is also important in maintaining good health, especially into old age. The NHS explains that this means “eating a wide variety of foods in the right proportions, and consuming the right amount of food and drink to achieve and maintain a healthy body weight”.

For individuals who may be struggling to know what to eat, or how much they should eat, the Eatwell Guide shows that to have a healthy, balanced diet, people should try to:

Drinking too much alcohol and smoking

Cigarettes contain more than 4,000 chemical compounds and 400 toxic chemicals that include tar, carbon monoxide, DDT, arsenic and formaldehyde. Their highly addictive nature makes them even more dangerous and puts individuals at risk of numerous health complications.

Besides being a notorious risk factor for lung cancer, coronary artery disease, heart attack and stroke, smoking can damage almost any organ in our body. This can lead to leukemia and cancers of the kidney, pancreas, bladder, throat, mouth and uterus. It can damage the airways and air sacs of our lungs to cause chronic bronchitis and breathing difficulties.

Heavy and binge drinking can also lead to serious medical problems. The NHS recommends drinking no more than 14 units of alcohol a week, spread across three days or more. That’s around six medium (175ml) glasses of wine, or six pints of four percent beer.