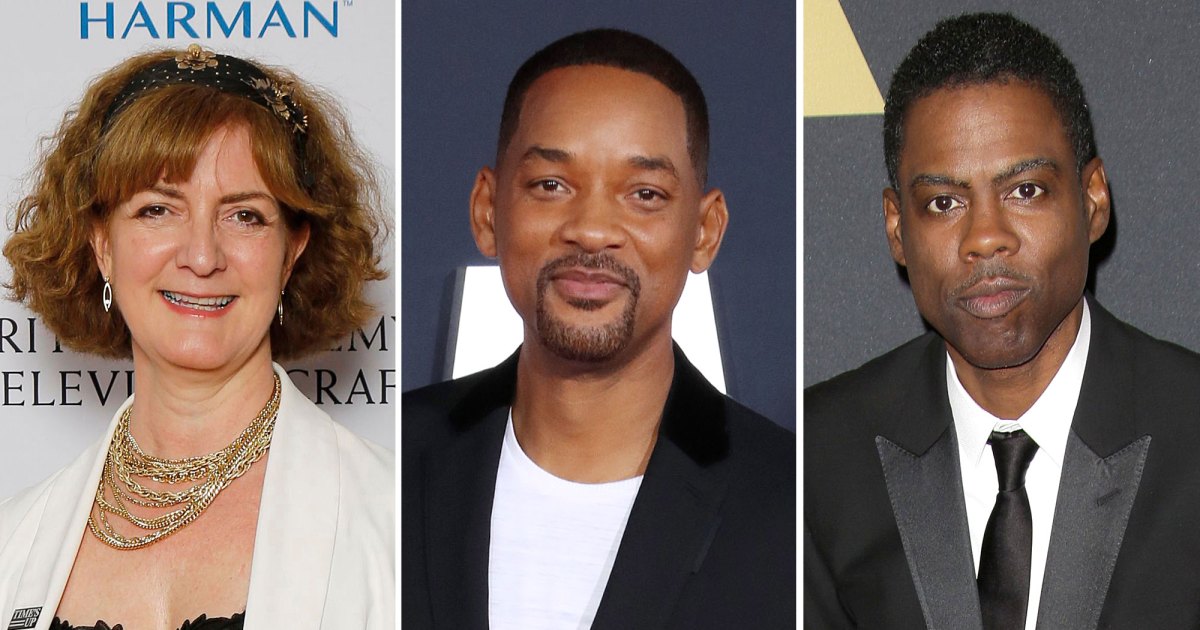 Going off script. Chris Rock‘s joke about Jada Pinkett Smith during the 2022 Oscars didn’t land well with the actress or her husband, Will Smith.

Jada, for her part, was seen rolling her eyes on screen before Will walked up to the stage and slapped Rock. The incident, which originally appeared scripted, caused ABC to mute the live segment. the KingRichard star returned to his seat before saying, “Keep my wife’s name out your f—king mouth.” In response, Rock attempted to laugh the situation off before promising not to mention Jada.

Later on in the night diddy reacted to the feud while asking for the duo to mend their issues.

”I just want to say let’s make some noise for amy [Schumer], Regina [Hall] other Wanda [Sykes]! Gotta give it up for Wanda. I didn’t know that this year was going to be the most exciting Oscars ever,” the rapper said onstage. “OK, Will and Chris we’re going to solve that like family at the Gold Party, OK? But right now, we are moving on with love. Everybody make some noise!”

The former Saturday Night Live star’s joke, which was in reference to Jada’s shaved head, came after the Red Table Talk host previously opened up about her alopecia diagnosis. The medical condition is known to cause hair loss.

In January, the Maryland native posted a video where she pointed out a patch of baldness on her head.

“Now at this point, I can only laugh. Y’all know I’ve been struggling with alopecia and just all of a sudden one day, look at this line right here,” she said about her scalp via Instagram. “Now this is going to be a little bit more difficult for me to hide, so I thought I’d just share it so y’all not asking any questions — but you know, mama’s going to put some rhinestones in there, and I ‘m going to make me a little crown.”

Jada captioned the social media upload, “Mama’s gonna have to take it down to the scalp so nobody thinks she got brain surgery or something😜. Me and this alopecia are going to be friends… period!😆.”

Scroll down for everything to know about what happened between Will and Rock: