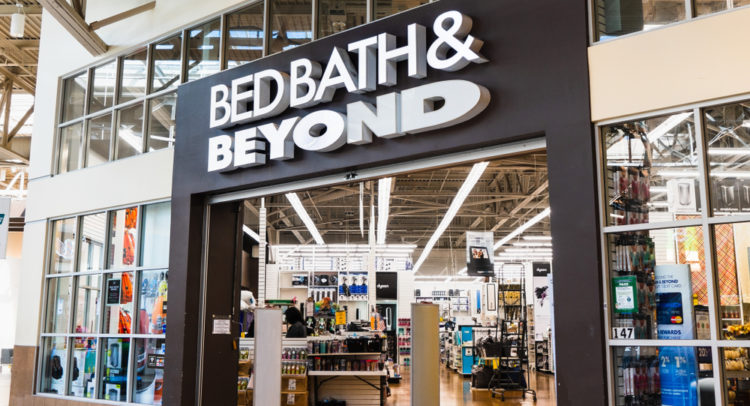 Meme stock Bed Bath & Beyond (NASDAQ:BBBY) is struggling to hold its own amid the dwindling macroeconomic backdrop. After the home furnishing goods retailer posted disappointing second-quarter results, analysts have become even more confident about their bearish outlook on BBBY stock.

Several analysts have downgraded the stock further and even lowered their price expectations for the next twelve months. Year-to-date, BBBY stock has lost a whopping 64.3%. Moreover, memesters keep swinging the stock wildly chased by their speculative bets.

Recently, Goldman Sachs analyst Kate McShane stated her conviction that BBBY stock is worth only $2 (63.1% downside potential), and reiterated a Sell rating on the stock.

McShane believes that BBBY is fundamentally weak and will have a difficult time turning around its failing business. Furthermore, she stated that with the advent of the holiday season, BBBY is going to face stiff competition as competitors up their game with higher inventories and better pricing. Both of which are difficult for the cash-strapped retailer. Particularly, a likely intense promotional backdrop could further drag down the retailer’s margins in the second half of the year.

Now may not be a good time to buy BBBY stock. The retailer’s struggles seem to see no end. Investors may want to sit out a couple of quarters to see how successfully Bed Bath & Beyond undertakes the turnaround strategy.