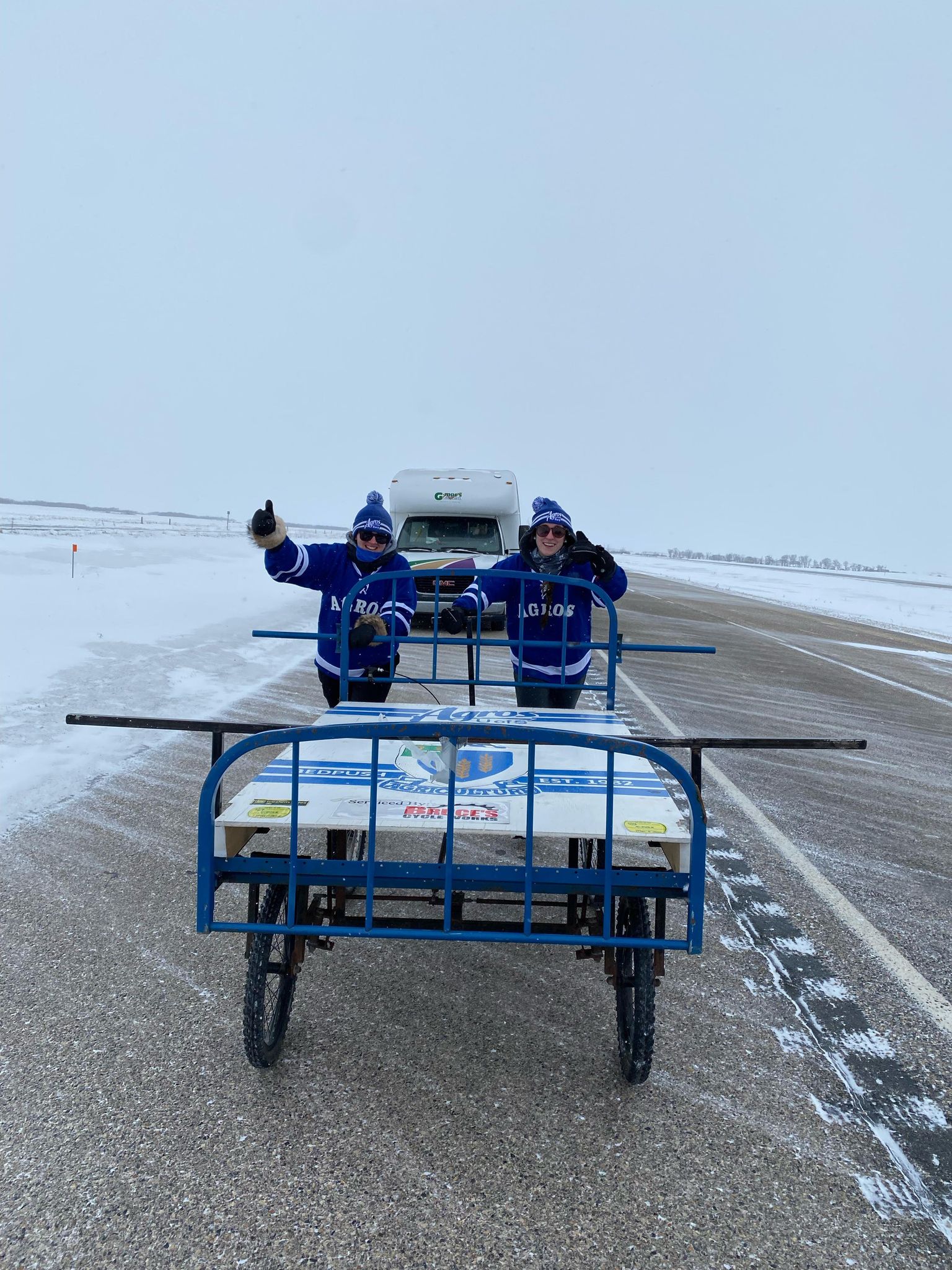 This year marks the 40th anniversary of the University of Saskatchewan Agriculture program’s Bed Push in support of TeleMiracle, but they’re celebrating for more than just their anniversary. With a goal of raising $50,000, the Bed Push this year crushed that goal with $88,142.69 through their entire trip from Saskatoon to Regina.

With the event hosted bi-annually, this was Wilkie native and fourth year Ag student Josie Huber’s second year taking part in the Bed Push, and she took on a prominent role this year as both president and treasurer. Because of the weather they had to push the bed frame through and other challenges, Huber says they earned every cent of the $38,142.69 they raised over their initial goal.

“So Thursday and Friday we only had about like 10 to 15 runners depending on like what type of day it was so we were extremely tired just trying to switch out to get new fresh legs running. On Friday the storm was actually getting pretty bad, it was starting to drift and the second lane on the highway was getting drifted so vehicles were kind of getting annoyed with us because we were taking up the one lane so they had to drive in the drifts, but once we got past Chamberlain the weather started getting a little bit better as the day progressed.”

In total, there was about 40 Ag students who helped push the bed from on the 263km trip from Saskatoon to Regina, and Huber figures she pushed somewhere around 15km in one day. When she wasn’t pushing the bed though she was busy with her role as the treasurer for the event, and watching that money come in was one of the best parts of the entire experience.

“We actually didn’t know we were so high until Friday night. Before Saturday, we had gotten a lot of like cash and check donations while we were pushing and so we counted a lot of money on Friday night and all of a sudden we ‘re up in the 80s and we’re like, ‘no way, this cannot be real’. So just seeing it was unbelievable. I’ve never been able to deal with that much money and it was just awesome to see that we could absolutely destroy our goal.”

TeleMiracle supports the Kinsmen Foundation of Saskatchewan, which supports different community organizations all over the province. The final total of $8,002,722 raised is a new record for the annual telethon, and much like the final donation of $1.7 million at the end of this year’s event came from a long time supporter, the biggest donation towards the Bed Push came from long time supporters as well.

“We actually got $5000 donated to us from the alumni. They were part of the very first bed push and that $5000 was huge because we got it in one of the last few days to help get us even higher.”

The Bed Push has become a bit of a family affair for the Hubers. With Josie, her older brother Tristan was involved in the event in 2018, and their cousin Koralie Huber from Landis participated in the event for the first time this year.