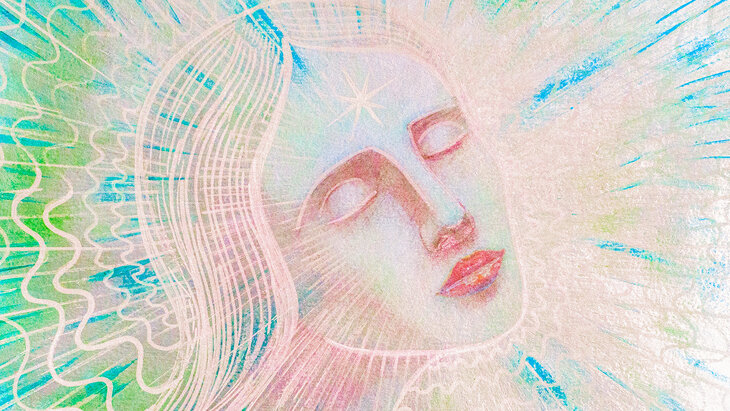 How to have a better sleep — and a better life.

THere’s a prayer I try to say before I go to sleep at night.

Creator of the World.
I hereby forgive
whoever hated angry or humiliated me,
And whoever has done me
any wrong;
Whether it was
on purpose or by accident,
Whether it was
done by word or by deed,
in this incarnation
or in previous ones.

Please let no one
be punished on my account.

The idea for the prayer came from the Talmudic sage, Rabbi Nehunya ben HaKana who, when asked the secret of his longevity, replied, “Before I go to sleep I make sure to forgive anyone who vexed me.”

Why am I drawn to this prayer?

For one, it’s a great soporific, way better than any sleeping pill. The unconscious has a way of collecting the various slights and aggravations it experienced that day. You know, the co-worker who said goodbye to everyone in the office except you, the creepy dog-owner who in the dead of night brings his Labrador specifically to your lawn to deposit whatever it wants, that sort of thing. By the time I’m ready for bed, my mind is fairly churning with grievances, whether I know it or not.

Instead of rehashing what I would’ve, could’ve, should’ve said, instead of nursing my grudge, I can give a cosmic shout out: You’re all forgiven!

Instead of rehashing what I would’ve, could’ve, should’ve said, instead of nursing my grudge, I can give a cosmic shout out: You’re all forgiven! And with my bucket of slights thus emptied, I go peacefully to sleep.

wait a minute Did I really forgive them?

What about that friend who stood you up and never bothered to call to explain what happened? I don’t know if I can forgive them all so easily or so fast. But at least I’m feeling a bit more open toward these vexers in my life. First, the prayer has introduced the possibility of “accidental.” As the saying goes, half of what we think is malice could simply be attributed to stupidity. Suddenly I start wondering about the person’s backstory, the hard stuff of his or her life, the things I don’t know about that might’ve made it virtually impossible for the friend to call and apologize.

And even if the Labrador owner has no excuse for his behavior, do I really want to incur divine wrath upon his head? The prayer makes me come into contact with my own primitive need for getting-back, getting even or revenge, and then I can say: Hey, I don’t want it.

Then it’s only a matter of time before I begin to reflect: Who did I insult, ignore, underestimate, misjudge, shove past, or bang into in my rush to do what I considered so important? The Jewish term for this practice is cheshbon hanefesh — a taking stock or an accounting of one’s soul. Maybe I can improve here, make a tweak there for the next time I’m in that situation. This soul accounting makes my day feel purposeful. I’m not simply drifting obtusely through a life that happens to be mine, but consciously shaping my world and my self.

Lastly, the prayer lifts me up to a higher reality, of fourth, fifth, sixth, possibly infinite dimensions. “Whether in this incarnation — gilgul — or another…” Whoa. Did I just read about the transmigration of the soul in a standard non-mystical Jewish prayer book? Whoa! I’ve always believed in recycling on a physical plane. Our atoms and cells and bacteria don’t die with us, but keep on living in an altered form. So doesn’t it make sense that a soul wouldn’t evaporate entirely, either, but get reprocessed into someone else?

Imagine if we could look at our neighbors, friends, co-workers, police officers, and all the people who don’t think or vote like I do with fresh, grudge-free eyes?

Gilgul, reincarnation – the idea of ​​a soul spinning through various bodies over the generations, has a way of putting my peeves  —  or other people’s aggressive behavior  —  into perspective. Why did that guy cut me off like a jerk on the highway? I do not know. Like Sara Rigler wrote in I’ve Been Here Beforewe’re all just chapters in a book, and we don’t know which chapter came before and which one comes after, which, for me, takes the heat and intensity off any obnoxious encounter.

The best part about that prayer is waking up with a psychic load way lighter.

Try the prayer sometime. Imagine if one night, the entire world, before going to bed, recited the prayer — other meant it?

What would our country be like if we could look at our neighbors, friends, co-workers, intimates, police officers, meter maids, and all the people who don’t think or vote like I do (the right way), with fresh , grudge-free eyes?

Is it really possible? Can I open my heart just a hairsbreadth to the neighbor who psychotically curses whoever steps on a blade of her manicured lawn?

I have my doubts. But if the Talmudic say Rabbi Nehunya thought it was within our human range, maybe, just maybe I can.