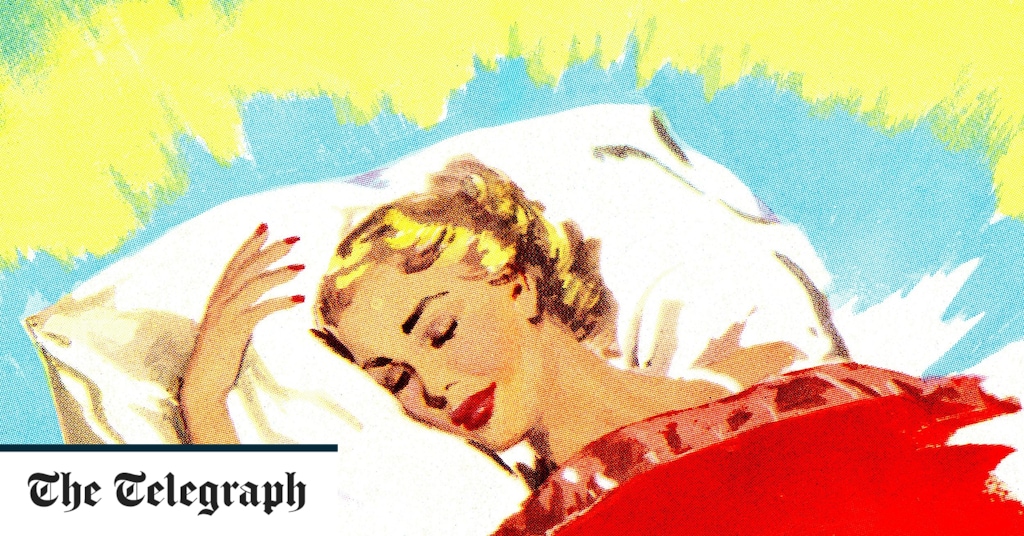 My name is Bryony, and I seldom share a bed with my husband. I mention this not to shock, but because I have carried it around with me like a great shame for a long time, a secret that I thought marked us out from other, ‘normal’ couples. Until recently.

I was at a lunch with some girlfriends when the subject came up – someone had read an essay that had gone viral last month, on the Insider website, by a woman who refused to share a bed with her beloved. Luana Ribiera, 40, from South Wales, believes that all couples should sleep in separate bedrooms ‘to make sure they are well rested’, as the alternative can lead to ‘crabbiness and less patience with your partner’. Far from dousing the embers of their passion, the arrangement has even produced a baby, who they take it in turns to deal with in the night. “We are almost always well rested,” wrote Ribiera. “This seems simple, but I know from experience and from friends that this is not always the case when sharing a bedroom.”

When my friend mentioned this piece at the table, I felt a hot rush of shame and then relief. Then I heard knives and forks clatter down to plates. “Hallelujah!” squealed another friend. “Finally, someone saying it how it is. I have a rule that my husband and I only share a bed on Saturdays, as a sort of treat, that isn’t actually a treat, because he snores and I steal the duvet.”

“I have a fear of the moment my husband turns the light off and nods off immediately,” said the friend who had mentioned the article. “It’s like a sort of torture, hearing him breathe peacefully as I toss and turn with insomnia.”

For the next hour or so, it all poured out: it turned out that of five of us, only one shared their bed with their other half. I explained how it had come about with my husband: at first, we just found it easier for someone to be in the spare room because our daughter would always come in at 1am complaining of monsters under the bed. But as time has gone on, and she has settled back in her own room, we have kept up the arrangement, because I get terrible, perimenopausal night sweats, and he can only nod off watching documentaries on his iPad, the glare of which really annoys me.

And I wondered, as we all discussed the luxury of having a spare room to retire to, if this is actually more common than we have been led to believe. There’s an assumption that not sharing a bed is the death of a relationship – an assumption born entirely out of the belief that couples can only be intimate between the hours of 11pm and 7am, between the covers in the master bedroom. But without going into details, I find this a limiting view of intimacy, not least because I am now of an age where I all I want to do in my bed is sleep in it. Sex is great and all that, but have you ever starfished in your own bed for eight hours solid?

Until the 1950s, separate beds were seen as the healthy choice for married couples. “Separate beds for every sleeper are as necessary as are separate dishes for every eater,” wrote Dr Edwin Bowers in his 1919 volume Sleeping for Health. “They promote comfort, cleanliness, and the natural delicacy that exists among human beings.”

But somewhere along the line, double beds came into fashion, and in doing so, many of us were forced to hide our sleeping habits for fear of appearing cold and repressed. Well, I’m reclaiming separate beds for happily married couples. I love my husband, but the time for spooning under the covers passed when our relationship progressed to the truly intimate stage that is having a child and a mortgage on a property with an extra bedroom. Now that’s when you really get to know someone!

Three cheers for Lydia Ko, golf’s world number three, who stunned a reporter last week when he asked why her physio had had to stretch out her hips on the course at an LGPA event in California. Was it going to be a recurring problem, asked Jerry Foltz of the Golf Channel?