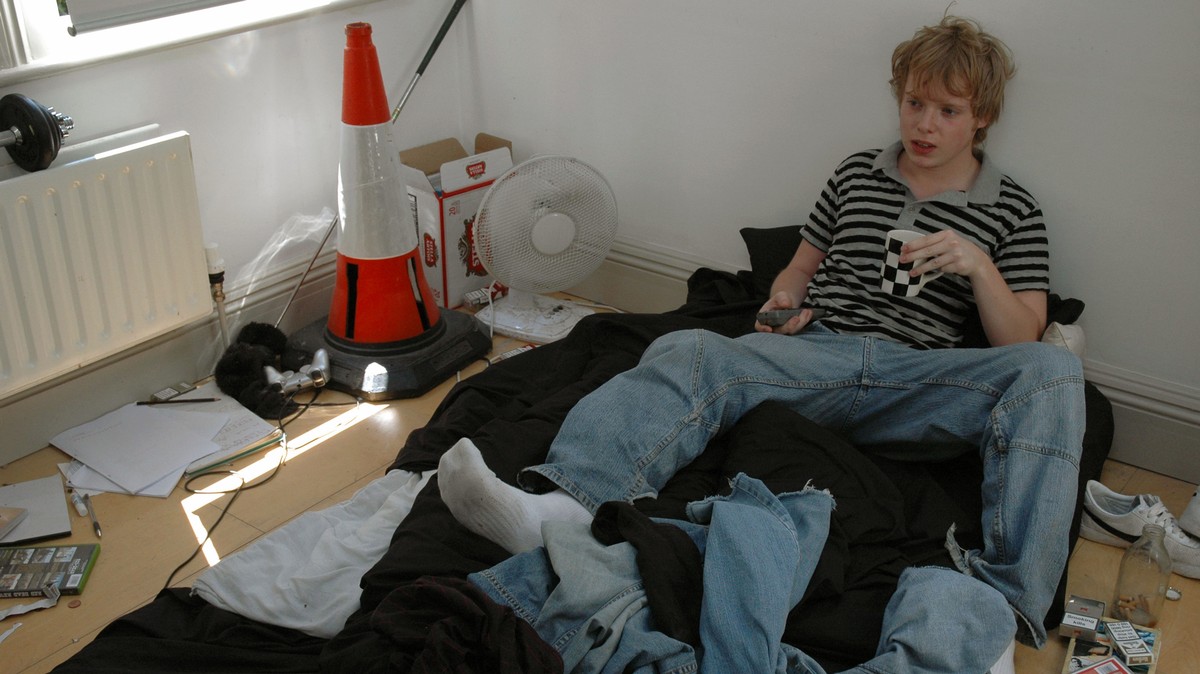 There is a special place in my heart for the professionals who conduct silly studies that prove all my notions about men correct. Introducing the latest: Single men barely wash their bed sheets. In this new survey, it is revealed, as we all suspected, that boys are large. The survey found that almost half of single men – in a survey of 2,250 British adults – don’t change their bedding for up to four months at a time, with 12 percent of lads commenting it might be even longer. Turns out the “I cracked a blanket in half” joke from bridesmaids is less exaggeration and more likely drawn from real life experience.

To be fair, the advice that we should be changing our bedding every three to four days – or at most once a week or every two weeks – feels like an extreme on the other end of the spectrum. I have neither the time nor otherworldly Mrs Hinch ambition to be washing and changing my sheets this frequently. And if I, a woman, with my innate adoration of household chores can’t be arsed – why should we expect men to be bothered?

Still, nobody is condoning taking four months to strip a bed of the standard boy duvet set of navy check and swapping it out with the other standard of gray bobbled bedding. But what the research is truly missing is the answer to the question non-men ask about men at least once a week: Why the fuck do they do that?

Johnny, a 27-year-old who would prefer to remain anonymous out of presumed shame, can’t remember the last time he changed his bedding. He confides that unless he is sharing his bed, he doesn’t see a reason to keep it overly clean. “What’s the point?” Hey says. “It’s only me getting into the bed every night, so what have I got to gain from changing them more often?”

While Johnny’s logic of “it’s my filth, I’ll lie in it” sort of adds up, Laura Baillie, an associate lecturer in social sciences at the Open University, says this may be a symptom of TikTok’s favorite diagnosis: weaponized incompetence.

“Weaponised incompetence generally refers to men pretending to be helpless in order to do less things in the home,” she explains. The idea that if you pretend not to know how to do something, that she will get frustrated and then take over the task for you and won’t ask you to do it again.” Baillie can relate: “Personally, the men I have slept with who have had disgusting sheets have always relied on others to look after them: a mother, a previous partner, etc.”

While weaponized incompetence is an issue in relationships, Baillie says that the incompetence aspect continues for single men. While the survey says that almost half of single men see nothing wrong with not changing their sheets, it’s worth wondering if the men in relationships would bother changing their sheets if their partners didn’t make ’em do it. (Or potentially, do it for them.) Bloody typical, am I right ladies?

I would be happy to leave it there, but my natural feminine empathy meant that as well as wanting to wash these poor souls’ bedding for them, I wondered if there may be something deeper to all of this.

Will, a 29-year-old who typically changes his bedding once a week, tells me that when his mental health suffers, washing his sheets is the last thing on his mind. “I knew how disgusting it was, but I would just feel so lost and have such little regard for myself that I wouldn’t care,” he says. “Not having any energy to do it is always about 75 percent of my problem, but I think punishing myself makes up for the last 25 percent.”

He adds: “I’m always acutely aware of whatever state I’m in and how cleaning and tidying of myself and my room needs to be done… The lack of energy is just so overpowering. There is a small part of me that tells me I don’t deserve anything nice likes to linger and inform any thoughts I have.”

Could Will’s experience be more broadly applied to the staggering difference in sheet washing rates between men and women? Baillie is sympathetic but shoots my theory down: “Rates of depression are actually higher among women… Men’s mental health is obviously a serious issue as three-quarters of all suicides are by men, but if the argument here is that men are more depressed than women and therefore are less hygienic? It does not stand up against the actual data.”

“I want to point to social conditioning as the answer – women are not allowed to be smelly,” she says. “Women have to be presented exactly right. We have to do this to such a higher degree than men, or suffer social consequences.”

The idea that men don’t wash their bedding because, at the end of the day, they don’t have to face the same consequences as women resonates with me. Whether it’s because we’re conditioned to think we need to be cleanlier or to look after the fellas, the end result is the same. And in my humble opinion, we need to take an if we can’t beat ’em, join ’em approach. Goblin mode is for life, not just for fleeting meme tweet.