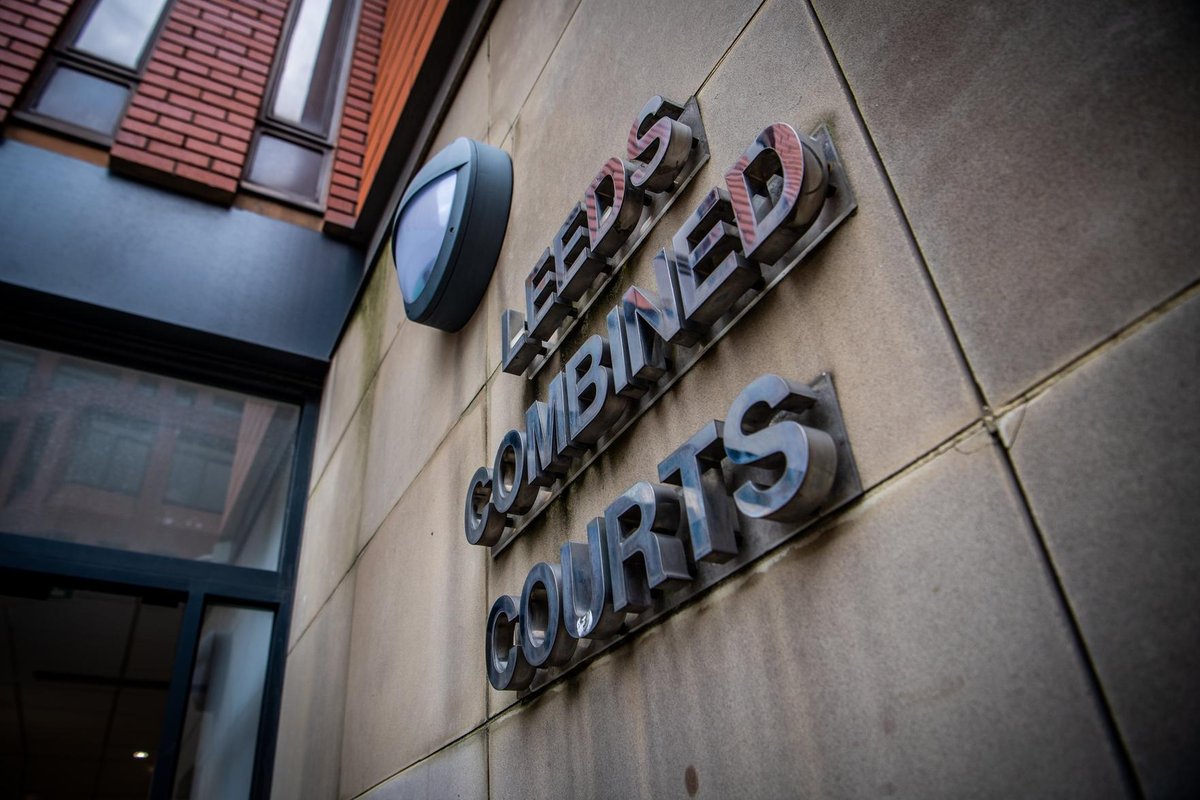 Sebastian Kalinowski died last August of an infection caused by “untreated complications of multiple rib fractures”, which allegedly came after weeks of “cruel assaults and abuse”.

Leeds Crown Court heard the 15-year-old had been in the UK for less than a year after moving from Poland to live with his mother Agnieszka Kalinowska, 35, and her long-term partner Andrzej Latoszewski, 36.

After the couple were arrested in connection with Sebastian’s death, police seized CCTV cameras from their house in Huddersfield, West Yorkshire, which prosecutor Jason Pitter QC said had been installed partly to “monitor and exert control over Sebastian remotely”.

“In a twist, it is that system that has recorded the abuse he had to endure,” he told the court.

Kalinowska and Latoszewski deny murder and alternative counts of manslaughter and causing or allowing the death of a child, as well as a charge of neglect.

Mr Pitter said both defendants will argue their treatment of Sebastian was “reasonable chastisement”.

The court heard Sebastian came to Huddersfield in October 2020, with teaching staff describing him as “a pleasant and well-mannered boy” who “was observed to be quiet and timid, and at times appeared sad”.

Mr Pitter said: “In the very early stages it would appear that, at least for Kalinowska, she was glad that her son was here with her. She was described by a friend as being ‘smitten’.

“If that was correct, that was unfortunately to change rapidly.”

He told jurors that by New Year’s Eve the defendants’ attitude was that Sebastian was “something of a hindrance” and they spoke about him being a liar and playing truant from school.

Mr Pitter told the jurors: “You may conclude that these were attempts to justify what they would present as a need for Sebastian’s ‘punishments’.

“The punishments, if that is an appropriate way to describe them, were by any stretch of the imagination cruel and became increasingly more severe and violent over time.”

He said: “It would appear that the punishments were precipitated by things such as Sebastian merely dropping food on his bedroom floor, or even just having gone to the toilet during the night.”

Jurors heard that “the disciplining of Sebastian became progressively harsh” from January 2021 and that he was “kept deliberately out of the way of others, either as part of the system of punishment or to hide the abuse”.

Mr Pitter said emergency services were called to the defendants’ house by Latoszewski on August 13 “after Sebastian had been unconscious for some two-and-a-half hours”.

He told jurors Latoszewski said he had found Sebastian in the bath with his head under water, “suggesting perhaps that he had drowned”.

The court heard that an examination of Sebastian revealed injuries including bruising to his buttocks, forehead, jaw, abdomen, arms and legs, and multiple rib fractures.

Mr Pitter said: “[The defendants’] telephones were seized and that installed CCTV system was interrogated.

“Together, their contents document the catalog of abuse that Sebastian had endured before his death.

“A broad description is one of Sebastian being attacked, principally and most severely by Latoszewski, but with his mother being involved at various times.

“It included messages and recordings of conversations which the defendants spoke of and to Sebastian in the most derogatory and inhuman ways, in the context of a perceived need to punish him.

“That included forcing him to undertake physical and humiliating drills, even when he was too weak to really do so.”

Footage played to jurors included Latoszewski beating Sebastian’s buttocks with what, Mr Pitter said, appears to have been a slat from a bed.

Further clips included Latoszewski making Sebastian do exercises and whipping him with an extension cable to “spur him on”.

On August 10 last year, Mr Pitter said, CCTV showed violence towards Sebastian starting at 8.15am and continuing until “at least” 4.10pm.

He could be seen “frequently struggling to stand but [being] picked or held up in order that the assault could continue,” jurors heard.

Mr Pitter said on the day before Sebastian’s death, Latoszewski was seen on the CCTV “forcing food and drink into Sebastian’s mouth” and “stabbing him a number of times” with a needle in the groin and thigh, “apparently laughing whilst he did so ”.

He added that Kalinowska at one point “took over stabbing Sebastian with the needle”.

Jurors heard that on the morning of Sebastian’s final day, he went through “the routine of being assaulted by both defendants”.

Mr Pitter said CCTV showed Latoszewski taking Sebastian out of the bedroom at 8.25am, before carrying him back around 15 minutes later, “naked, clearly wet and unconscious”.

He said: “Whilst some limited efforts were made by Latoszewski to perform CPR, the reality is it may have been too late as Sebastian showed no sign of life once he was brought back into the bedroom.

“At 9.24am, Latoszewski appeared to be trying to pour water into Sebastian’s mouth before then blowing into it. Was that the beginnings of an attempt to give the impression that Sebastian had drowned by trying to force water into his airways?”