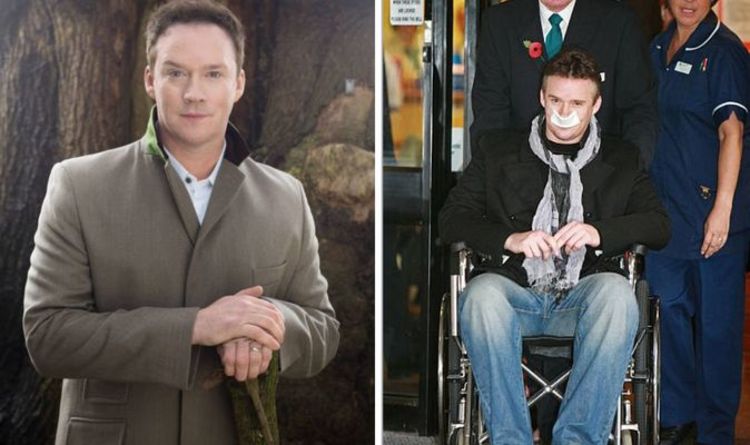 Russell Watson, 55, said spoken up about an incident in which the singer was suddenly taken to the hospital due to a tumor. He said he was rushed to the hospital after going to bed and not waking up in the morning.

After being asked what advice he would give himself in periods of poor health, the star explained that it’s important to talk to people about your feelings.

He then went on to discuss his “second tumour” and how it led to him needing a “quick” operation.

Russell also explained that he spent the next two years praying he wouldn’t die.

He said: “I’d say, speak to people about how you’re feeling.

He spoke to Shane Ritchie and Giovanna Fletcher among others about his near death experience.

Russell’s first tumor, like most, was benign, but his second one led to a brain haemorrhage, causing a bleed in his brain.

Discussing his experience on the ITV show, Russell said: “The second one was holy s**t, I went home, went to bed and didn’t wake up because of a haemorrhage.

He was asked by campmates if he had “seen the light” and he responded affirmatively, saying “big time.”

“I was in the MRI scanner and I could see this long strip of light, like when you’re a kid and you used to keep your bedroom door open,” he said.

The TV star elaborated, saying that he thought at the time that if he walked through the door the “pain would stop” and he’d be okay.

“All I could think about was my children and slowly, slowly, while thinking about my children, the clatter of the MRI came back and I thought, ‘I’m going to beat this.'”