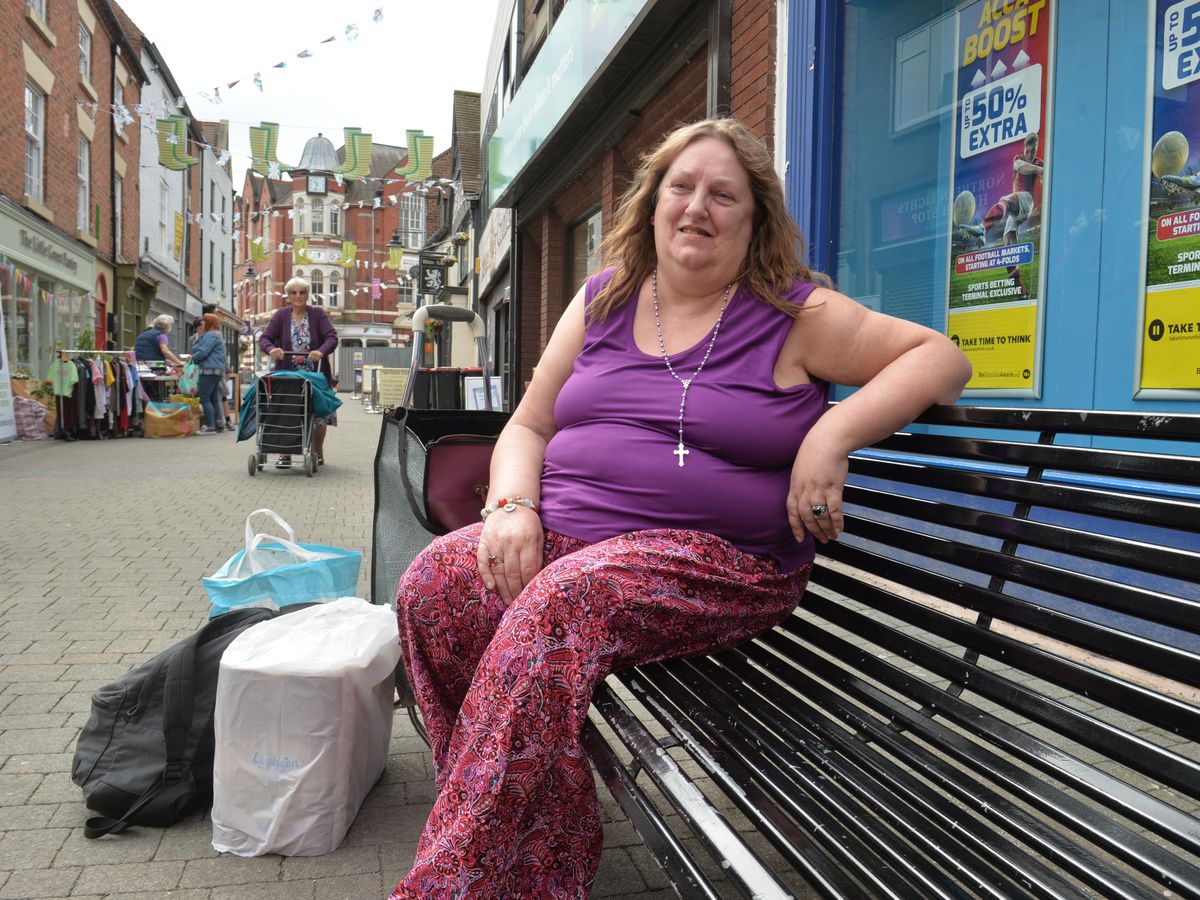 “I will just have to spend all the day in bed under a pile of blankets, there is no way I will be able to afford to put the heating on,” she says.

Miss Wright, 60, from Wellington, lives on Universal Credit after being forced to give up work for years ago due to health problems.

She says she has no idea how she is going to cover the cost of her energy bills following last week’s raising of the cap.

“Once that is taken out, I’m left with about £80 a week to live on, that includes my heating, electric, the television license and all the other bills.

“I’ve got nothing left at the end of the month, so I don’t know how I’m going to afford it when the bills go up.

“I don’t use much gas. I don’t have a cooker, I make do with small appliances, I have got a microwave, a two-ring hob and a halogen oven, which is enough to get by with. I remember when my electricity used to be £2.50 a week.”

Miss Wright, of King’s Haye Road, is critical of the Government’s lack of action, but does not believe increasing benefits is the answer.

“I think it is disgusting they are not going to give us anything to support us,” she says.

“I don’t think giving out more in benefits is the answer, they need to do something to stop the prices going up instead.

“They say it is something to do with Putin invading the Ukraine. Putin wasn’t on the front row when the brains were being handed out is all I can say.

“I used to be a cleaner, I worked full-time for many years, I’m not a scrounger. You would like to think, even if you live on benefits, you might have a little bit left at the end of the month , but I never seem to.”

Over at Izzy’s Cafe in New Street, Wellington, new owner Liz Chapple has noticed that many of her customers are feeling the pinch.

“I have referred some of them to the food banks or the or the Nu-2-U charity which provides other essentials,” she says.

“I have seen pensioners who come in, they will come in for an hour and have one piece of toast and a cup of tea, just to sit somewhere warm and dry,” she says.

“A lady came in and gave me £10 to pay for breakfast for two people who might need it, so I have made up two food vouchers for anybody who is in need.”

Mrs Chapple, who is 48, says her 21-year-old son is on the autistic spectrum, and having to get by on just £260 a month in benefits.

“He’s struggling,” she says. “He can’t pay the extra for gas and electricity, he’s just got to be wrapping himself up and wearing extra clothes.”

Retired company director John Hammond, 61, says he is managing at the moment, but is concerned about what will happen when the energy price rises kick in.

“At the moment things are a bit more expensive, but I don’t think it has really started yet,” he says.

“I think we will really begin to see it about February or March next year.”