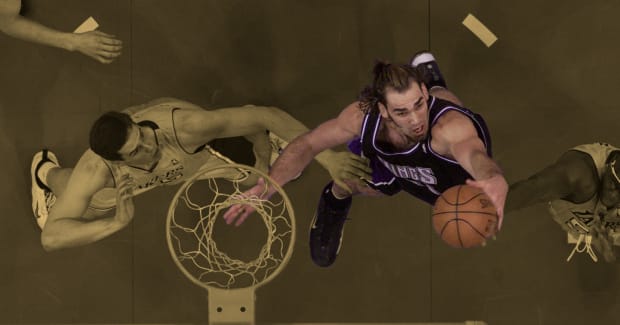 The Sacramento Kings faithful will always remember that they were robbed of a championship in 2002. Even former (and disgraced) NBA referee Tim Donaghy said pretty much that Game 6 of the Western Conference Finals duel between the Kings and the Los Angeles Lakers was rigged to ensure a Game 7.

While this narrative has been the battle cry ever since in the capital of California, former Kings backup center Scot Pollard commented that their championship run didn’t officially end in Game 6.

It wasn’t the end of the world

Unlike some die-hard Kings fans, Pollard looks back at that devastating series as a failure rather than an outright robbery. For Pollard, the then-vaunted Kings still had one final shot at making it to the NBA Finals but unfortunately, they failed to get the job done.

“There is a lot of controversy. But the bottom line is as bad as you think Game 6 was, or fixed, whatever, we had Game 7 and we crapped the bed,” Pollard told KJHoops in 2018. “That series ultimately, we lost it, because we went home and we didn’t recover and we lost Game 7 at home, which is why we had the best record in the league, we had home court advantage, that’s what you are supposed to be to do. Take advantage of home court advantage and we didn’t… So it doesn’t matter what happened in Game 6 ultimately, because we lost Game 7. Nobody took that away from us, so whatever you think about the Game 6 it doesn’t matter.”

The captain feels the same way

If you think about it, Pollard has a point because as players, they should know that the only way to win is to actually win regardless of the surrounding drama. Unsurprisingly, former Kings superstar and team captain Chris Webber shared a similar sentiment about the infamous playoff defeat.

“I don’t know if that was 2002 or 03. That’s the year we got cheated, I think, in Game 6… The year Robert Horry hit a crazy shot… It was that year,” Webber once reflected. “It was that year. You know, me and Kobe used to talk about it all the time… That was the team. We should have won the championship, and we didn’t because we didn’t follow through after being disappointed in Game six.“

Of course, we can’t turn back the hands of time, but it’s good to know that Pollard and Webber, despite being on the wrong end of this infamous incident, are still responsible enough to man up and admit that no matter how you slice it, they still failed.