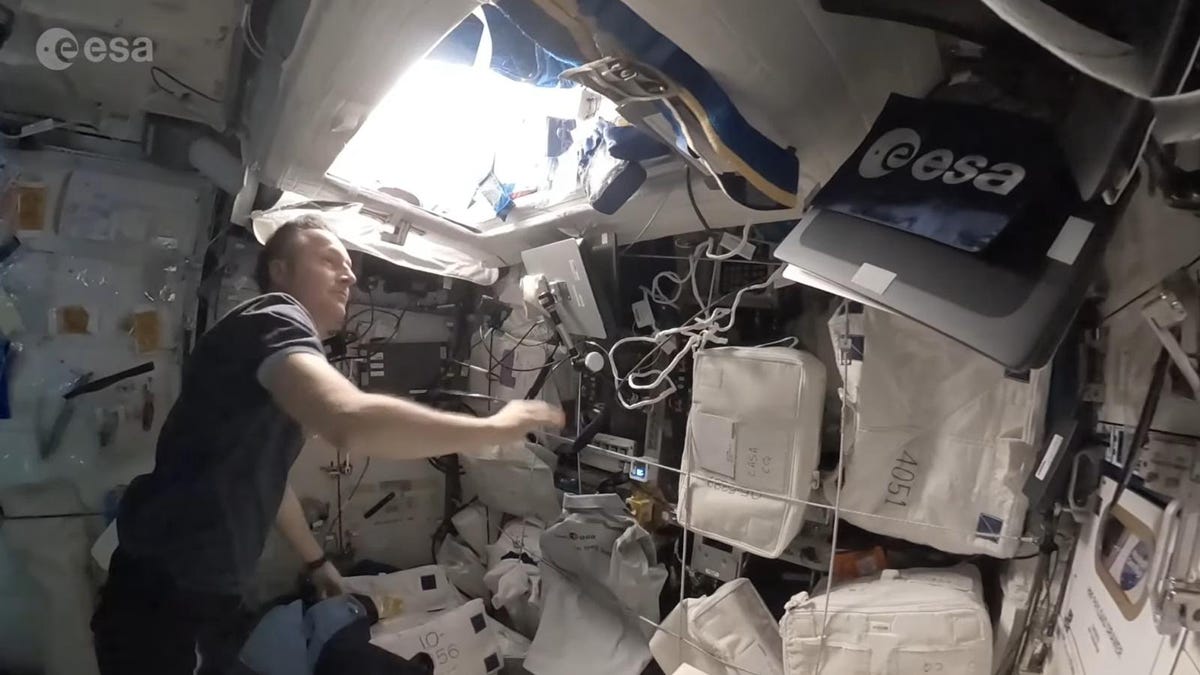 As any homeowner would tell you, water is not your friend when it gets into the walls. On the International Space Station (ISS), however, astronauts need to take extra precautions to stop floating liquids from creating havoc.

You can see that in evidence in a new video from the European Space Agency’s Matthias Maurer. While the YouTube short is framed as how to watch an astronaut get ready for bed, what’s really interesting is seeing how he deals with daily activities that tend to generate water.

For example, Maurer brushes his teeth with a special toothpaste and water, available via a sealed pouch so no droplets go floating off. He then appears to use a paper towel to spit out the toothpaste before disposing of it. (Most garbage on the ISS eventually ends up in a cargo ship, which naturally burns up in the atmosphere during return operations to Earth.)

Washing one’s face is also a challenge. With no sinks and no tap, Maurer adapts again with a pouch and what appears to be a washcloth. As long as the washcloth is not fully saturated, it will keep the droplets from floating away and causing potential contamination to lights, electronics, laptops or nearby experiments.

As for his bed, Maurer uses a sealed compartment just above his work station. This stops the astronaut from floating off randomly during the sleep period and bumping into something unexpectedly. There are several such compartments around the space station, which also give the crews a little privacy in the minutes before and after bed.

After six months in space, Maurer is preparing to land back on Earth around May 5 with the rest of the Crew-3 astronauts who will depart the ISS using a SpaceX Crew Dragon later this week, if all goes to plan.