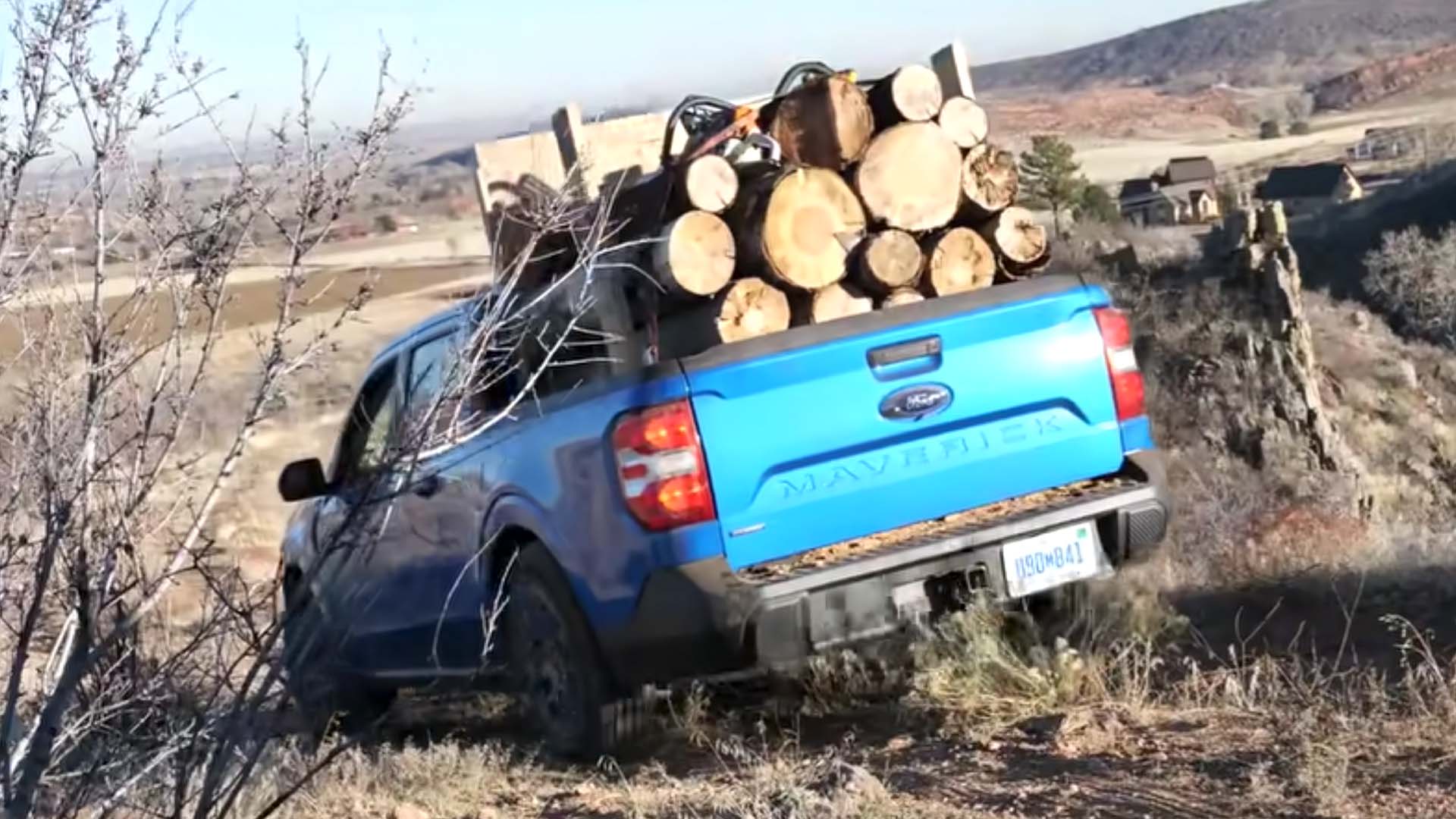 I’ve said it here several times, and I’ll say it again: the Ford Maverick is one hell of a truck. It won’t haul as much as an F-150 or even a Ranger, mainly because it was never meant to be. It’s a front-wheel drive unibody pickup that beats fuel economy and maneuverability over traditional truck stats, and it’s better for it. Still, even with the Maverick hybrid netting 42 mpg or so around town, don’t think it can’t get the job done when the need arises.

I was able to test the Maverick back in September, and even the 191-horsepower hybrid model had no problem driving up the Tennessee hills with a pallet of mulch in bed. the TFL truck However, the crew went a step further by heaped a load of logs in the back and was driven on the ranch’s field and gravel paths. As you’ll see, that didn’t bother the Maverick either.

Remember this truck is FWD as only the 2.0 liter EcoBoost model is available with AWD. That said, the Maverick relies on its naturally aspirated 2.5-liter, four-cylinder engine, plus a humble electric motor to propel the front wheels and pull up inclines like a mountain goat. Well, kind of – you get the picture, although in this case a little more traction is sought.

This lack of traction is due to on-road off-road tires and roughly 1,300 pounds of tree trunks in the bed. In the case of the Maverick, this relieves the load on the front drive wheels and instead works against the truck, unlike a traditional RWD pickup. Even so, the Ford is able to drive up and even down steep dirt roads, regardless of the floating steering.

It seems like the biggest pain point isn’t exactly carrying so much weight in a Maverick, but rather being able to fit everything into that 4.5-foot bed. Of course, you could always lower the tailgate and gain a little more space, but that’s not always convenient. Instead of this, TFL truck made a makeshift wooden frame with a plywood cab guard to stack the logs high. Apparently it worked like a charm.