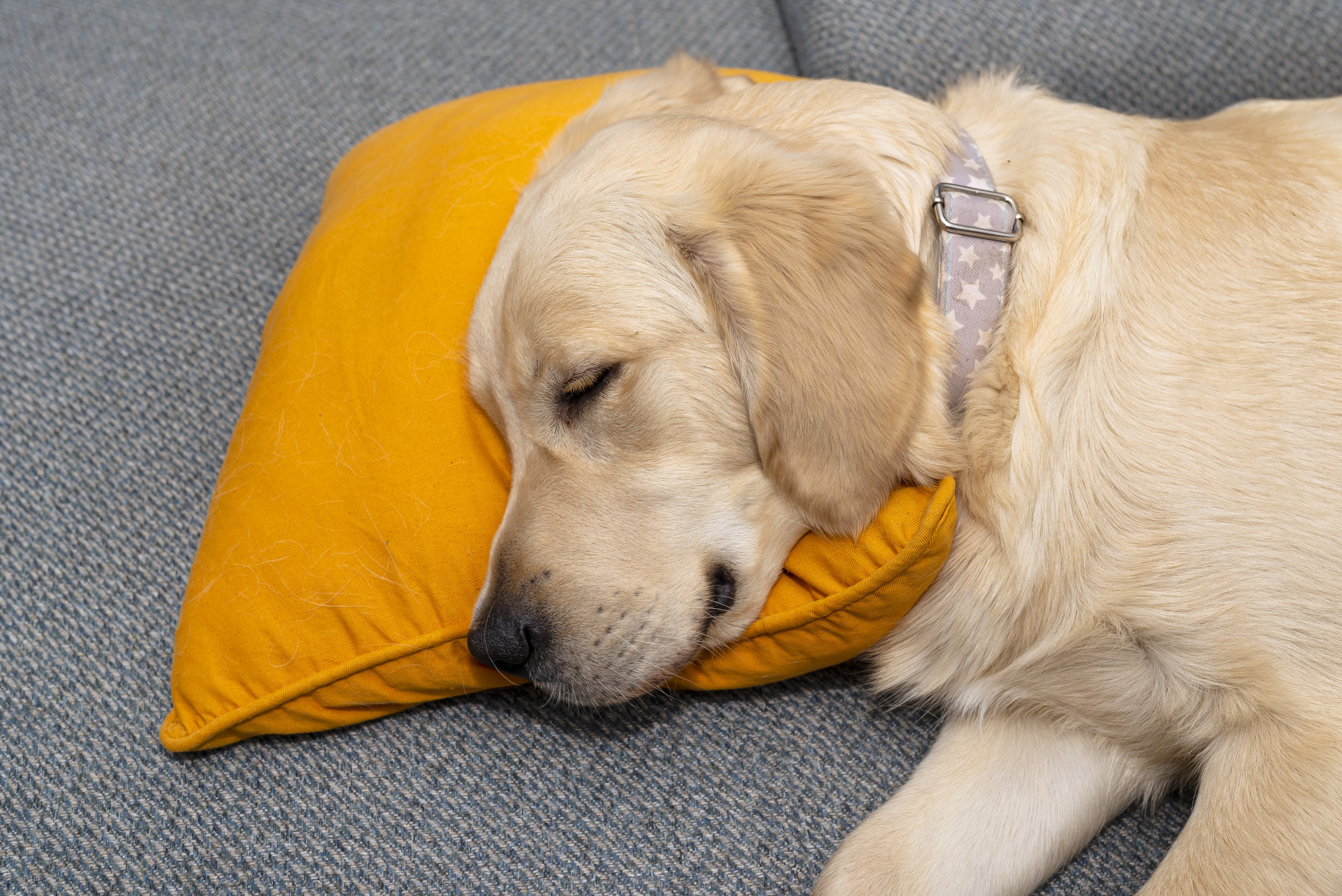 A golden retriever has delighted TikTok viewers by showing off her nightly routine of ‘trust-falling’ on to her owner’s bed.

Under the username @adventuringwithnala, Chris shared the footage of his dog Nala moving to a sitting position as he gets into bed, then blindly falling backwards into his arms, while he can be heard laughing.

“Nala flops right into position,” Chris wrote alongside the video, which has been watched more than 9.6 million times on TikTok.

Dogs and humans have worked and lived together for tens of thousands of years, basing their relationships on mutual trust. New Scientist magazine says there is genetic evidence that dogs split from their wolf ancestors between 27,000 and 40,000 years ago. The oldest-known dog burial happened 14,200 years ago, which suggests dogs were thought of as pets then.

In the past, wolves and humans lived side by side, competing with each other for land and food, and were both capable of killing each other. In an article for PsychologyTodayscience journalist Naveed Saleh, MD, writes that early man may have domesticated juvenile dogs by offering them meat during the long Ice Age winters, building a relationship based on mutual trust.

An article published in 2021 in Scientific Reports argued that, following an initial period of introduction, “incipient dogs would have become docile, being utilized in a multitude of ways such as hunting companions, beasts of burden, and guards as well as going through many similar evolutionary changes as humans.”

A 2018 study conducted by researchers from the Department of Ethology at Eötvös Loránd University in Budapest found young dogs take emotional cues from their mothers, as well as nearby humans, to figure out whether they should trust an object or not.

Scientists led by lead author Dr. Claudia Fugazza introduced 48 2-month-old puppies to new and unfamiliar objects to see how they would react, including a bin containing a speaker making noises, and colorful ribbons attached to a fan.

The puppies were either paired with human or their mother, and the study found that eight out of 10 puppies looked to either their human partner or mother for reassurance that the objects were safe. This suggested that young dogs have evolved to look to humans for social and emotional cues, as well as their own species.

What Did TikTok Think?

TikTok users were charmed by the video of Nala. “That’s a trust fall I’ve ever seen one!!!!” wrote one TikToker, while KarmaXVII posted, “She’s so precious, but obviously she trusts you a lot and that proves how much you love her and how much she feel safe with you.”

Do you have funny and adorable videos or pictures of your pet you want to share? Send them to [email protected] with some details about your best friend, and they could appear in our Pet of the Week lineup.