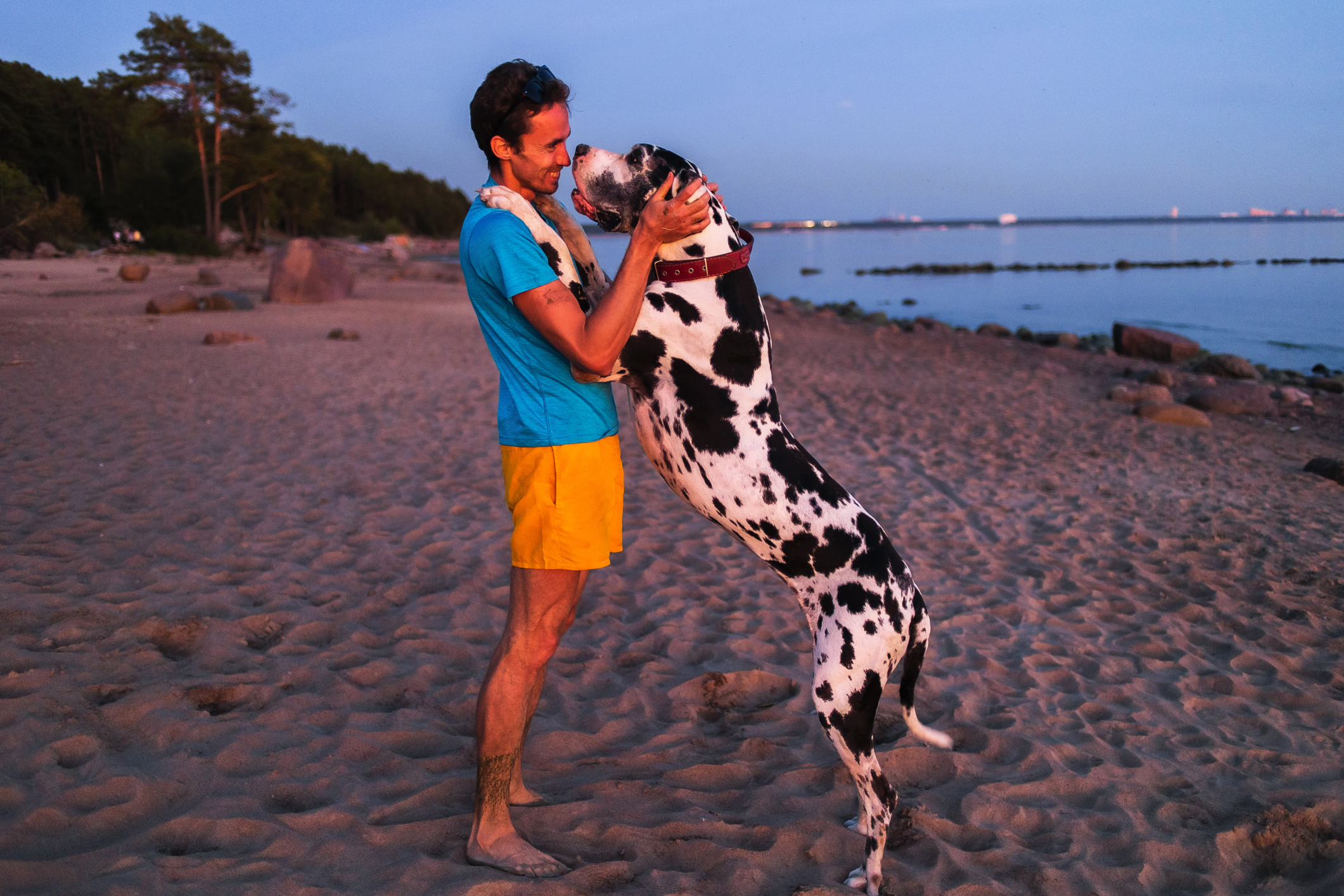 A Great Dane has delighted TikTok users with his determination to fit into a tiny dog ​​bed. In the video, Kernel the Great Dane, who according to his bio weighs 175 pounds, can be seen apparently trying to stretch out the dog bed—which looks about a foot-and-a-half wide—with his front paws, then flops down and curls up on it, completely obscuring it from view.

Over 214,000 people have viewed the Boston-based antics, with the text accompanying the video saying, “My dog ​​genuinely believing he will fit in a tiny dog ​​bed” and the caption reading, “Mama always said if you dream big you can achieve anything .”

According to Guinness World Records, the world’s largest-ever dog was a Great Dane called Zeus from Otsego, Michigan. He measured 44 inches high, but could stand up to seven feet, four inches when balancing on his back feet. He died in 2014 at the age of five.

Tragically, Great Danes have a relatively short life span compared to other dogs, approximately six to 10 years, with 10 being fairly rare. The American Kennel Club reports that experts don’t yet fully understand why the large dogs live shorter lives than their smaller counterparts, describing it as a “contradiction,” as the largest land mammal, the elephant, can have extremely long life spans in the wild of up to 70 years.

The American Kennel Club suggests that to improve your Great Dane’s chances of living life to the fullest, you should first check you are getting a dog from a responsible breeder, if not rescuing. Good Great Dane breeders will avoid in-breeding which can cause all sorts of inherited issues, and they should provide you with a pedigree.

“As you choose a puppy,” they advise, “always look for a breeder who has had his or her dogs tested for hip dysplasia, and be aware of other genetic problems, such as heart disease, eye problems, autoimmune thyroiditis.”

A healthy diet from a young age is also key with Great Danes to stop them growing too fast and developing skeletal issues.

“Excessive growth can lead to musculoskeletal diseases, such as dysplasia, osteochondrosis, and hypertrophic osteodystrophy,” according to the AKC.

User jessesgirl005 wrote: “I read somewhere that while cats know precisely where they begin and end, dogs have ZERO perception of size.”

User Amy Jade Andrews commented: “He was stretching it out so he fit in perfectly.”

Do you have funny and adorable videos or pictures of your pet you want to share? Send them to [email protected] with some details about your best friend and they could appear in our Pet of the Week lineup.