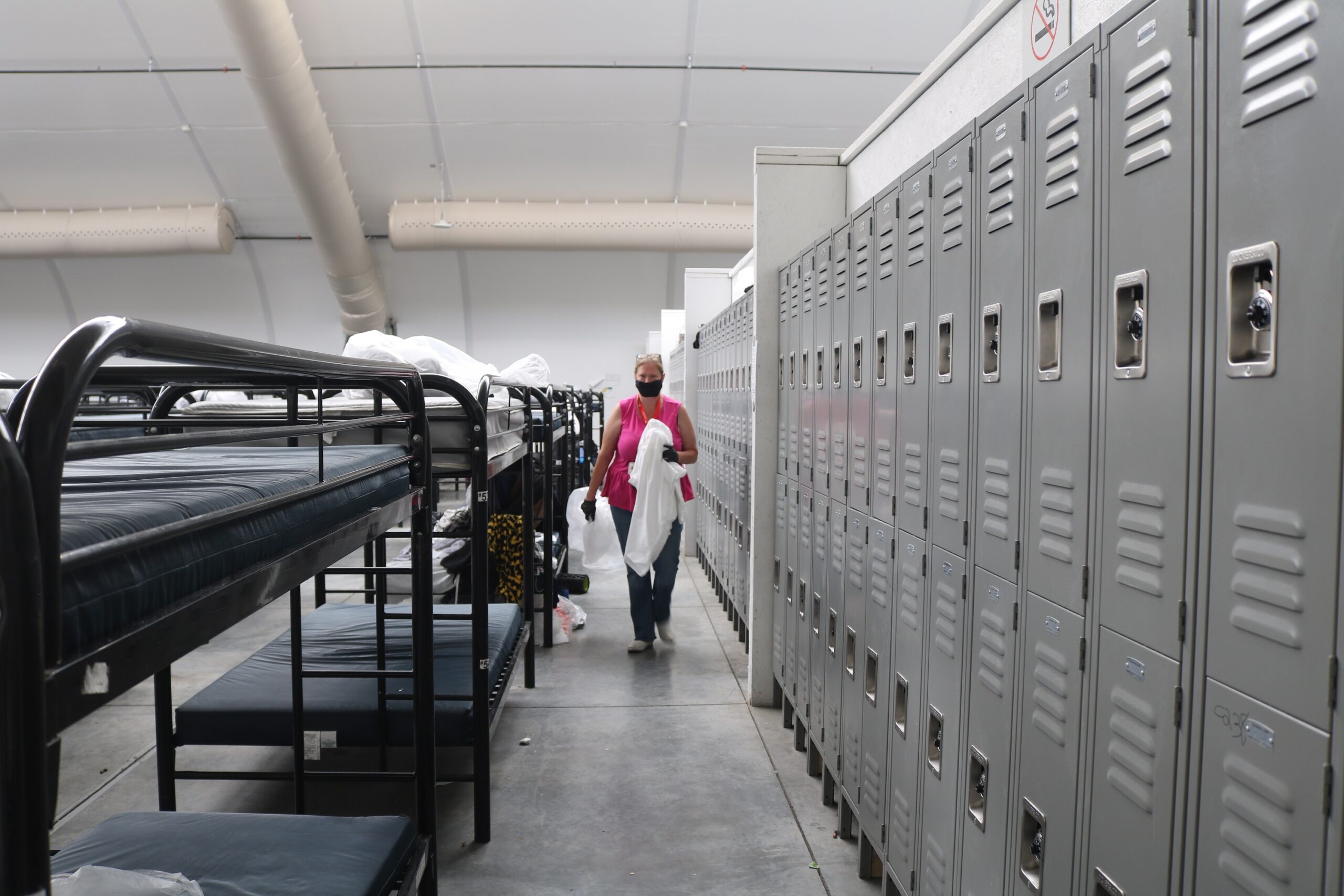 The Nevada Cares Campus that shelters unhoused people in Reno is extending into a second phase, a year after it was operational with phase one in the Spring of 2021.

Though the county has 15 acres of additional land with buildings around the campus that will need to be demolished for construction of successive phases, the original bed count of 604 is not expected to increase at the Cares campus.

“This is not adding but replacing the capacity that is currently there,” said Dana Searcy, Washoe County’s housing and homeless service manager, noting that only supportive housing units at Safe Camp – transitional housing where basic hygiene is provided – will increase by 6 units .

“That’s as far as we are going to go, because we are seeing success keeping it small,” Searcy said.

Washoe County officials conducted a media tour at the premises on Monday.

The campus that started as a temporary structure with bunk beds is now upgrading to semi-private or completely private spaces. The project is being tackled in phases, and is targeted for completion of phase two by March of 2023 with construction of additional restrooms.

The expanded facility will ultimately have six smaller dorm units with 100 beds compared to the three initial larger units. It will also consist of 153 5’x8′ “cubbies” with single beds, and lockers and power outlets will be provided, according to Searcy.

The project’s third phase will include a two-story Welcome Center, followed by a fourth phase that will include a resource center and overflow capacity. All phases are slated to be completed in the next two and a half years.

Originally started for men, the shelter also saw a large demand from houseless women in the Reno area and the expanded facility will be able to accommodate more women.

With the upgrades, Washoe officials hope to turn around an impression in the community that campus has been a failure.

“We are looking at making the place cooler,” Searcy says, as she shared the county’s plans to make the place more livable with usage of colorful paint and less asphalt and concrete. The county is trying to accommodate requests from the community by adding greener spaces to the campus, including outdoor exercise areas, and basketball courts. “ These (changes) will make it feel more like a campus, other than just a place to sleep.” Searcy said.