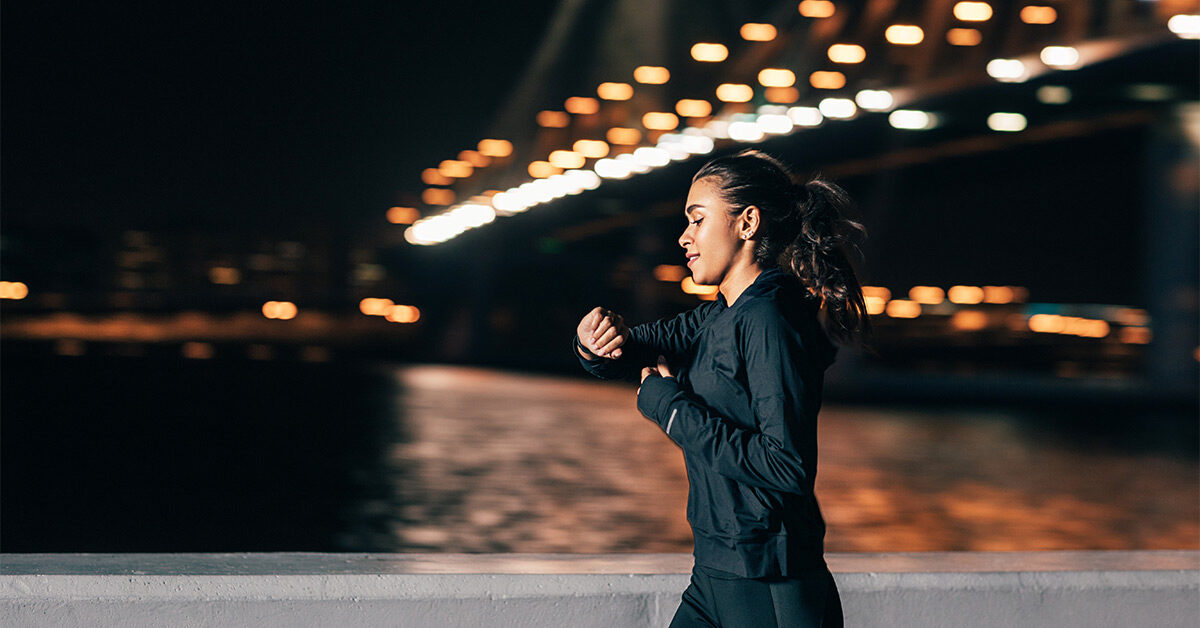 However, we don’t know much about the interplay between exercise and sleep quality.

To learn more about the link, Concordia University researchers performed an analysis of data from previous studies looking at the effects of high-intensity exercise on sleep.

However, exercise that happened just before bed had a negative impact, as it took people longer to fall asleep and shorter sleep times.

To conduct the study, the team reviewed the literature on the subject in six major scientific databases.

They were able to identify a total of 15 studies with 194 people.

The participants were either sedentary or physically fit, good sleepers between the ages of 18 and 50 years.

Each study used either objective measurements such as polysomnography or actigraphy, or participants’ subjective judgment, to assess how high-intensity exercise had affected people’s sleep.

The team then carried out an analysis of the data collected.

One of the great results of their analysis was how timing of exercise affected sleep.

If the exercise ended at least 2 hours before bedtime, people fell asleep faster and slept longer. This was especially true for the more sedentary people.

However, if the exercise ended less than 2 hours before bedtime, the opposite occurred. People took longer to sleep and didn’t sleep that long.

The researchers also found that exercises performed between 30 and 60 minutes also improved the onset and duration of sleep.

Cycling exercises were most useful in helping people fall asleep and deep sleep, according to the team.

However, the study also mentioned that high-intensity exercise, no matter when it occurred, slightly decreased rapid eye movement (REM) sleep. REM sleep is linked to dreams. Some studies suggest that decreased REM sleep can have negative effects on cognitive tasks, according to the study authors.

On the flip side, according to Tamara Hew-Butler, DPM, PhD, FACSM, Associate Professor of Exercise and Exercise Science at Wayne State University’s College of Education, high-intensity exercise causes a strong sympathetic nervous system response known as “fight or” will flight ”response.

The fight or flight response is a survival response that our body has in the face of real or perceived threats. It prepares us to either fight these threats or escape to safety by increasing heart rate, blood pressure, and breathing rate.

The same physiological response is triggered by intense exercise, so you are prepared for action, not sleep.

Hew-Butler said that it is widely believed that high-intensity exercise within about 3 hours of bedtime can disrupt sleep – especially falling asleep – because it increases arousal, core body temperature, stress, and sympathetic hyperactivity.

It can also cause a “phase lag” in the circadian rhythm, she explained, which causes you to wake up later and later due to the delayed release of melatonin, the hormone that causes nighttime sleepiness.

Yasi Ansari, MS, RDN, a registered nutritionist specializing in sports nutrition and national media spokesperson for the Academy of Nutrition and Dietetics, said this review suggests that an evening of high-intensity exercise may be beneficial for nighttime sleep quality, when it is completed earlier in the evening.

However, exercising closer to the time you settle down for the night can disrupt your sleep.

Regardless of the results of the study, Ansari recommends that you should tailor your exercise habits to suit your individual body.

“I encourage readers to understand what works best for them and what type and time of exercise will aid their sleep,” she said.

“While there is research and research-based recommendations for us, it’s also important for each person to see what works best for them, their energy levels, and their quality of sleep.”