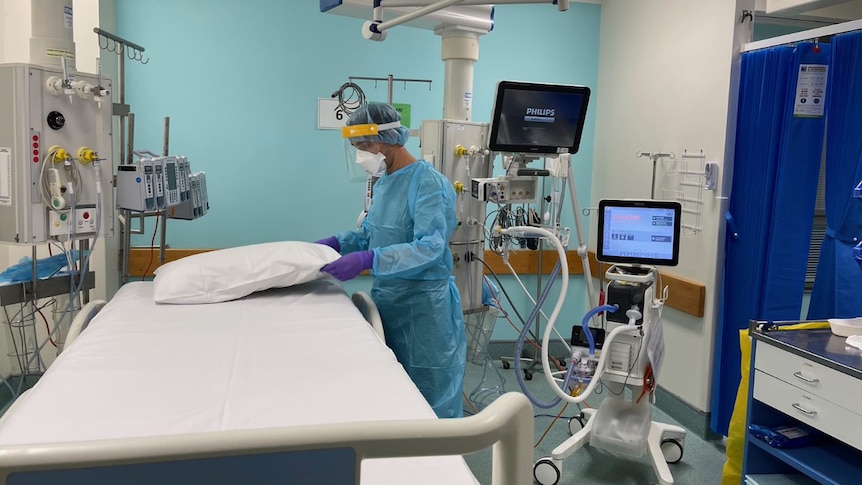 Western Australia has the lowest number of intensive care unit (ICU) beds per capita in the country, with only six beds available for 100,000 people, according to a medical journal report.

The report, published earlier this week in the Medical Journal of Australia, found that the total number of ICU beds available in WA fell well below the national average of 8.5 beds per 100,000 people.

New South Wales leads the nation with 10.8 beds per 100,000 people, with South Australia having 9.1 beds and the Australian Capital Territory 8.6 beds.

Australian Medical Association (AMA) WA President Mark Duncan-Smith said it was not surprising that Western Australia had the lowest percentage of any state or territory.

“Unfortunately, it doesn’t surprise me because the McGowan administration has effectively flattened the WA health operating budget for the past four years,” said Dr. Duncan-Smith.

“We’re also the state with the lowest number of public hospital beds per inhabitant.

“There has been no increase in the WA Health budget in the past four years, and yet demand in the system has grown steadily 3 to 4 percent per year, an increase of about 20 percent over four years.”

Find out the most important COVID-19 news of October 23rd with a look back on our blog.

The report also found that the decrease in the number of available beds in the intensive care unit – from an average of 6.7 beds last year – is mainly due to staff shortages.

“The operational budget for [the] WA health [Department] is what pays the wages … the doctors ‘wages, the nurses’ wages … and again the operating budget has been flat for the past four years and this has brought the medical system to its knees, “said Dr. Duncan-Smith.

Shadow health spokeswoman Libby Mettam said the drop in intensive care beds per capita has raised concerns about the ability of WA’s health system to cope with a surge in demand.

“The report highlights staff shortages as a major challenge in ensuring bed availability and underscores concern that this government has put health workers – and nurse recruitment in particular – to the test, which will put lives at risk,” Mettam said.

“We need to see some urgency from the government to address this shortage of health workers and ensure that more intensive care beds are available in our health system.

“We now have fewer intensive care beds than we did 12 months ago and the lowest per capita in the nation, which goes against the health minister’s promise to be ready for COVID.”

Read more about the spread of COVID-19 in Australia:

While the report found that concerns about lack of equipment – including ventilators – in hospitals were addressed, Dr. Duncan-Smith that it may be “too late” for the WA healthcare system to tackle a potential outbreak.

“All we can really do at this stage is try to change our response and that is without a doubt why we are holding up the limits because our medical system is going to struggle to cope with a real delta outbreak he said.

“The WA health system is currently struggling to function as usual at all.

“What will happen if there is a real COVID outbreak is that the business will cease operations, there will be no elective surgery at all, and all available resources will be used to manage the COVID outbreak.”

In a statement, Health Secretary Roger Cook said WA has an “excellent” track record in dealing with COVID-19.

“Our health system has been tested regularly and challenged by positive cases,” said Cook.

“Each time they have risen to this challenge to keep WA safe.

“WA has a well-defined outbreak plan that includes more than 300 beds in the intensive care unit.

“In addition, we are investing record amounts in our hospital system in order to continuously build capacity.”

What you need to know about the coronavirus: