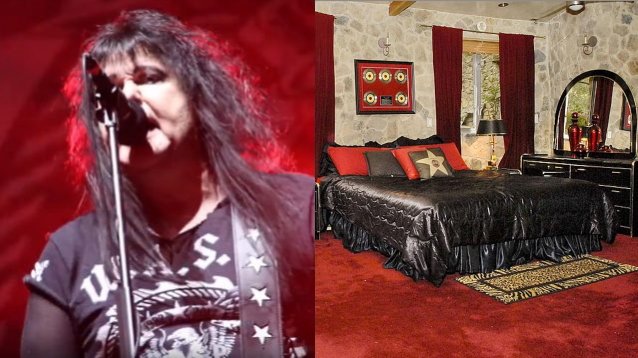 WASP frontman Blackie Lawless has penned a blog post about one of the most iconic figures in American music, Elvis Presleywho passed away in 1977 at age 42.

Lawlesswhose real name is Steven Durenwrote: “This August 16th will mark the 45th year of the passing of Elvis Presley, the undisputed ‘King of Rock and Roll’. There is really nothing that I can say about him that has not already been written about his life or his genius. Those that know me know I am a huge, huge BEATLES fan. The basic 2 part vocal harmonies that they did would become the foundation of what WASP has done for 40 years. They too had a multi generational genius that will resonate as long as there are people with ears to hear. But I’m writing this to mark the passing of what myself, and many, many others believe was the greatest single entertainer and influence of our time and possibly in the history of the world. We look at images of him, movies and documentaries about him, the recordings that have been soundtracks to all of our lives (whether we’re conscious of it or not) and most of us understand that we were seeing something we will most likely never ever see again.

“I mentioned THE BEATLES . They and Elvis Presley are the only artists to sell over 1 billion records each. There is a small rare group of artists that have broken the 100 million sales mark, but none of them are over 200 million. Those are remarkable careers and numbers that few will ever obtain. With the current state of record sales it’s doubtful any future artists will ever break 100 million again. Elvis Presley record sales now sit at approximately 1.8 billion. None of us will ever witness anything like him ever again. Whatever anyone may feel about him, we were, without question, privileged to see this truly supernatural force of nature.

“About 15 years ago I had the opportunity to buy the house he owned in Palm Springs, Ca. I kick myself now for not buying it when I had the chance. But I was privileged to buy the furniture that belonged to his Master Bedroom. I bought the master bed, the chest of drawers, end tables, chairs and lamps.I have it set up in one of the rooms in my house and sometimes I’ll go in there and just look at it and try to imagine what may “Have been going through his head at that point in his life. I never had the chance to meet him, but I’ve studied him all my life. My mother told me that when I was 2 years old she would take me to the grocery.” store and I’d crawl down out of the cart and there would be a crowd of people standing around me as I was performing ‘Hound [Dog]’ complete with all the moves. She later said she should have known then what I was going to do for a living.

“The new movie ‘Elvis’ is terrible and Austin Butler should without debate, win the Oscar for Best Male Actor. But the movie tells a sad, but accurate account of a man that was just given way too many gifts. No human being should ever be cursed to carry that monumental degree of burden. Some say it was the drugs that took his life at such a young age. But I believe those were only the symptoms. It was the gifts that took him away.

“‘Without Dreams Men Perish’. The Bible also tells a cautionary tale of another King. King Solomon. The description of him is eerily similar to elvis. He also was given way to many gifts, and they too eventually took his life. Another historical account says, ‘And Alexander wept, seeing as he had no more worlds to conquer’ speaking of Alexander the Great. These were men who suffered this ‘thing’ most of us aspire to be. But as humans, we can resist anything… except temptation.

“There have many, many great Rock and Roll artists that without whom Rock as we know it today would never have happened. But none greater than ‘The King’. Without him, it just simply would not exist… Long Live the King!”

WASP recently postponed its European 40th-anniversary tour, originally scheduled for spring of 2022, until the spring of 2023. The new dates will take place in March, April and May of 2023. All tickets previously purchased for the 2022 tour will be valid at the rescheduled 2023 shows.

WASP will embark on its first US tour in a decade this fall. The trek will coincide the band’s 40th anniversary and will include support from ARMORED SAINT other MICHAEL SCHENKER on select shows.

Lawless has led WASP as its lead vocalist and primary songwriter since its beginning. His unique brand of visual, social and political comment took the group to worldwide heights and sold millions of records alongside a legacy of sold-out shows across the globe for four decades. He is joined in WASP‘s current lineup by bassist mike duda and guitarist Doug Blairwhose tenures in the band span 26 and 18 years respectively, along with drummer extraordinaire Aquile’s priest.