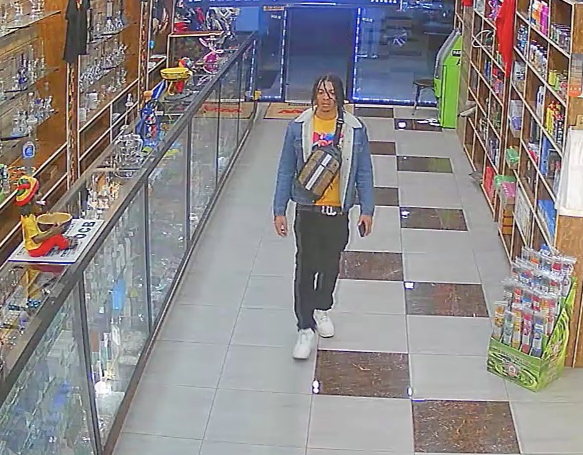 BED-STUY, BROOKLYN — A violent robber slashed a man in the face then stole hundreds of dollars from him in Bed-Stuy this month, according to police.

The robber lunged at the 33-year-old near Bedford Avenue and Halsey Street about 4:30 am Sunday, May 1, police said.

The attacker slashed him in the body and face then stole $800 cash and ran away, police said.

The 33-year-old was taken to an area hospital for stitches and was reported in stable condition as of this week, police said.

Police released images of the suspect — who wears a yellow shirt, denim jacket and black pants — on Wednesday.