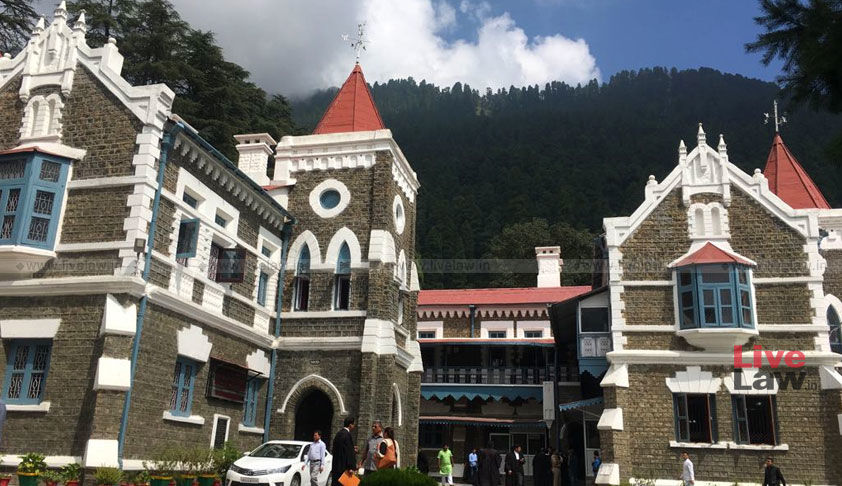 The Uttarakhand High Court dismissed a petition challenging the decision of the Uttarakhand Subordinate Service Selection Commission to permit non-B.Ed. candidates to apply for the post of Assistant Teacher LT Grade.

It was the case of the petitioners that the eligibility criteria was enlarged mid selection process, and the same is illegal.

Justice Manoj Kumar Tiwari dismissed the plea stating that no prejudice is caused to the petitioners by inclusion of non-B.Ed. candidates in the selection process, therefore, it cannot be said that rules of the game have been changed midway to the prejudice of the petitioners.

It also noted that the petitioners themselves consciously appeared in the written examination after passing of the notification enlarging the criteria and so he cannot turn around and challenge the press release.

Petitioners had applied to the advertisement for the post of Assistant Teacher LT Later on March 25, 2021 the date of applications was extended by the Selecting Body, on instructions of Government and a press release was issued for information to all concerned.

In the same press release, it was mentioned that since applicable Recruitment Rules for the post of Assistant Teacher LT Grade (Art) have been recently amended, therefore, such candidates, who are eligible in terms of amendment Rules, notified on February 25, 2021 , may also apply. It was further clarified in the press release that requirement of having B.Ed. qualification has been done away with by the amendment, therefore, candidates, not having B.Ed. degree, may also apply.

Counsel appearing for selection body argued that that answer key to the objective type questions was also made public on 11.08.2021. Thus, according to him, petitioners became aware that they have bleak chance of success after assessing their performance with reference to the answers given in the answer key, consequently, they filed this writ petition.

Petitioner argued that since amendment in the Recruitment Rules was made after initiation of selection process, therefore, enlarging the field of eligibility, in terms of amendment Rules notified on February 25, 2021, would amount to change in the rules of the game, thus impermissible and illegal.

Court noted that it is not the case of the petitioners that issued by the amended Rules and the press release, pursuant thereto, their eligibility for participation in the selection was taken away. It is also not their case that mode & manner of making selection of suitable candidates has undergone any change by the amended Rules. It is also not their case that criteria for selection has been altered to the prejudice of petitioners by application of amended Rules to the ongoing selection.

It was observed that it cannot be contended that the right of petitioners got crystallized, merely by submitting application in response to the advertisement issued on 13, October 2020, so as to prevent the employer from changing the condition of eligibility, as mentioned in the advertisement. Thus viewed, employer was well within its right to issue press release in terms of the amended Rules before the selection process could progress post advertisement of vacancies.

The Court said that by the press release, all candidates who had become eligible in terms of the amendment were given an opportunity to apply for the post of Assistant Teacher LT Grade (Art), therefore, it cannot be said that equal opportunity was not given to such candidates who could not apply earlier.

In view of the above, the Court dismissed the petition.