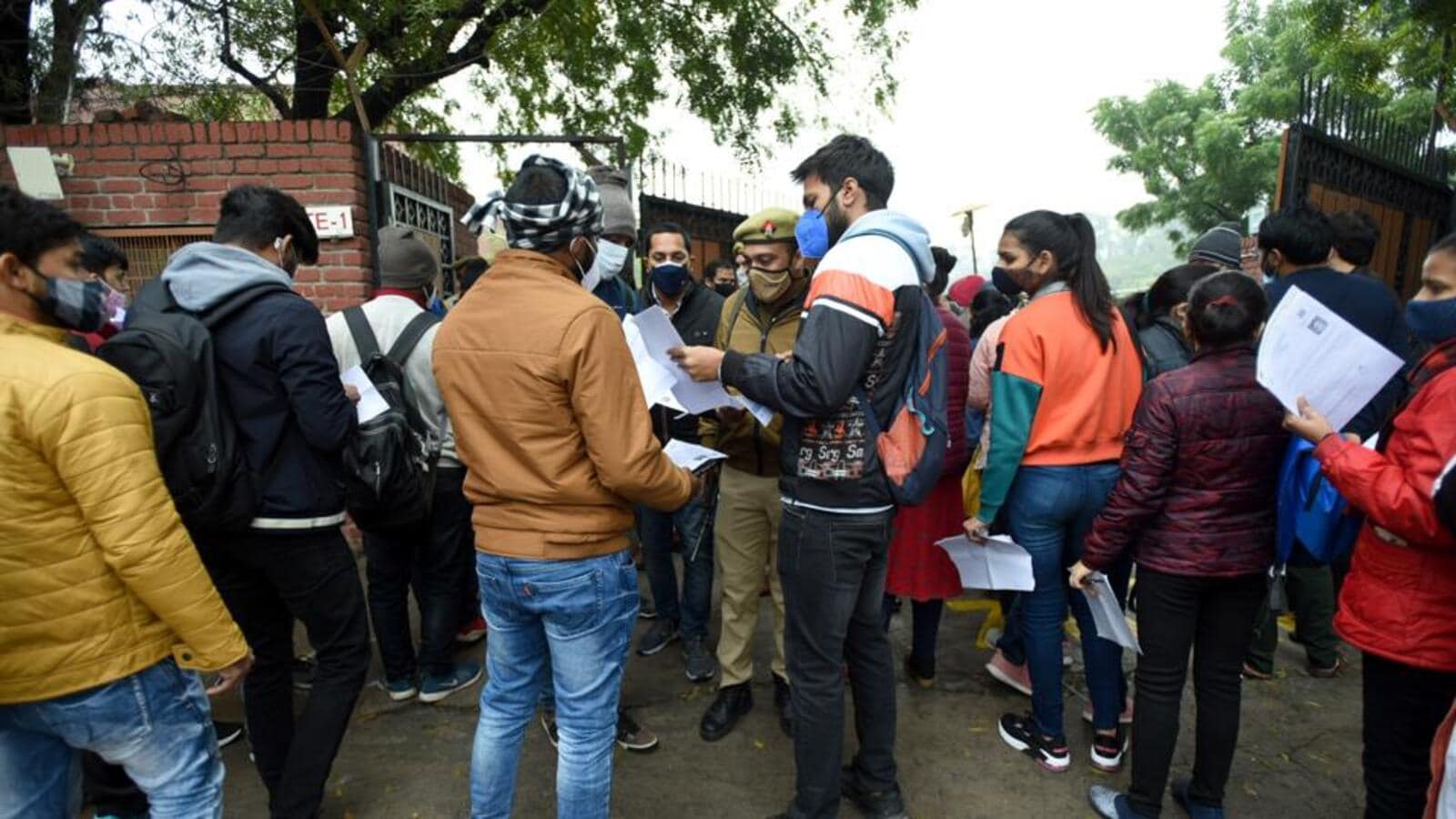 Noida: A group of candidates on Sunday protested against authorities at a school, an examination center, in Noida Sector 30 for allegedly refusing them admission to the Uttar Pradesh Teachers Eligibility Test (UPTET) because “valid documents” were not available .

Some candidates also said the centers’ doors closed at 9:30 am when many students were still queuing.

Sandeep Kumar, a candidate, said he had his admission card and Aadhaar card with him for verification. “Officials said the documents should be signed by the rector of the B.Ed College. Because I couldn’t sign them, I and a few other students were denied entry to the examination center,” said Kumar.

Kumar also said that he went to Noida Sector 30 School from Ghazipur to show up for the exam. In protest, the students briefly halted traffic on the road adjacent to the exam center, but a police team soon arrived, calmed the protesting students, and cleared the road.

A group of students at another center in Sector 25 of Noida faced similar problems.

Amit Kumar, another student, said the officials at the exam center required original B.Ed papers to enter the exam site. Some students could not provide the documents and were therefore excluded. “Students who came after 9:30 a.m. were also denied entry,” he said.

Dharmveer Singh, District Schools Inspector (DIOS), Gautam Budh Nagar, said the instructions are already being given to students in the admission cards.

“Candidates have been informed to report before 9:30am. The original or certified copy of the B.Ed (Bachelor of Education) / Basic Training Course (BTC) grade sheet from the College Rector or relevant authority is mandatory for the UPTET exam. Uncertified photocopies are also not allowed,” he said, adding that all candidates who met these criteria were only allowed to appear for the examination.

Ranvijay Singh, Additional Deputy Police Commissioner (ADCP), Noida, said nearly 30 candidates in four examination centers faced the same problem in the morning. “A police team arrived and intervened in the matter. There were no problems on the second shift,” he said.

Gautam Budh Nagar has 27 examination centers – 11 in Noida, nine in Central Noida and seven in Greater Noida – where the examinations were conducted in two shifts, 10:00-12:30 and 14:30-17:00. Tight security prevailed at testing centers on November 28, 2021, when the test was canceled amid allegations of questionnaire leakage.