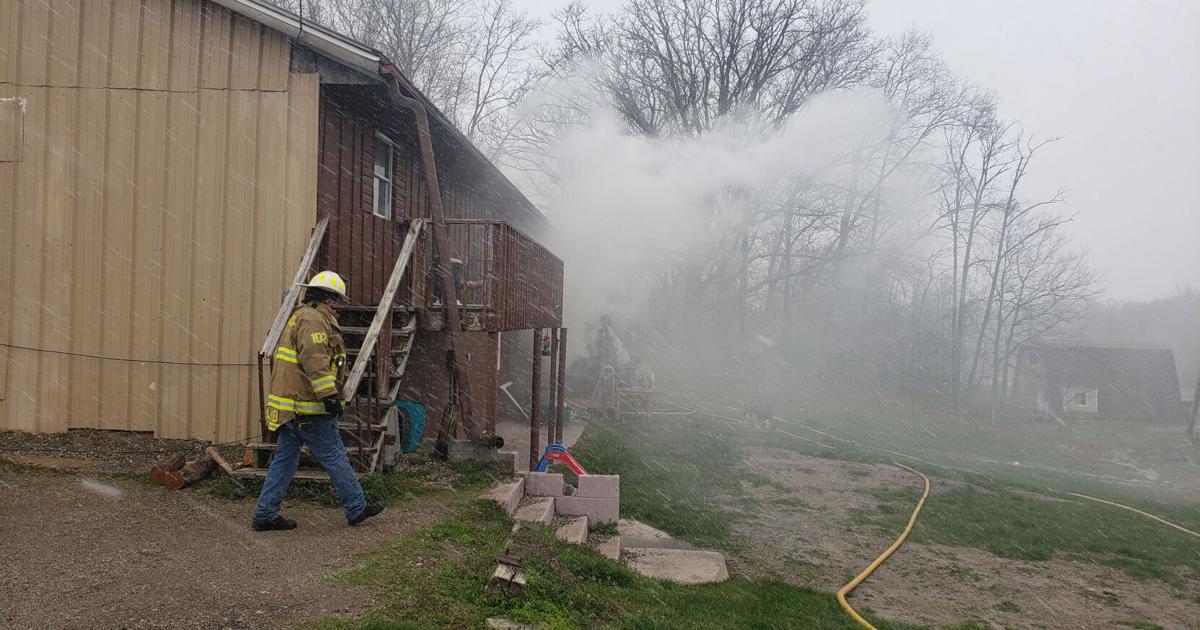 An Altamont man escaped injury after waking up in his burning bed Friday morning, according to Altamont Fire Chief Jon Becker.

Firefighters were called to the Kanak Apartments just south of town at about 9:30 am

“There were no injuries,” Becker said. “Everyone was able to get out safely.”

It appears the fire was caused by a faulty extension cord, Becker said.

“He was asleep in bed and woke to his bed on fire,” Becker said. “He alerted the other residents to leave the building.”

None of the four units in the building are habitable because of smoke and water damage. The apartment where the fire began was also heavily damaged by fire.

“It was pretty thoroughly destroyed,” Becker said of that apartment.

The Red Cross is helping residents of the building at 11 W. Kanak St. find places to stay, Becker noted.

The fire chief said that after all the people had been accounted for, firefighters assisted in locating several pets in the building.

Assisting Altamont at the scene were firefighters from St. Elmo, Shumway, and Edgewood. Covering for the Altamont station during the call were Montrose and Effingham.

A-1 EMS and Abbott EMS were also on scene.

Firefighters cleared the scene at about 12:30 pm