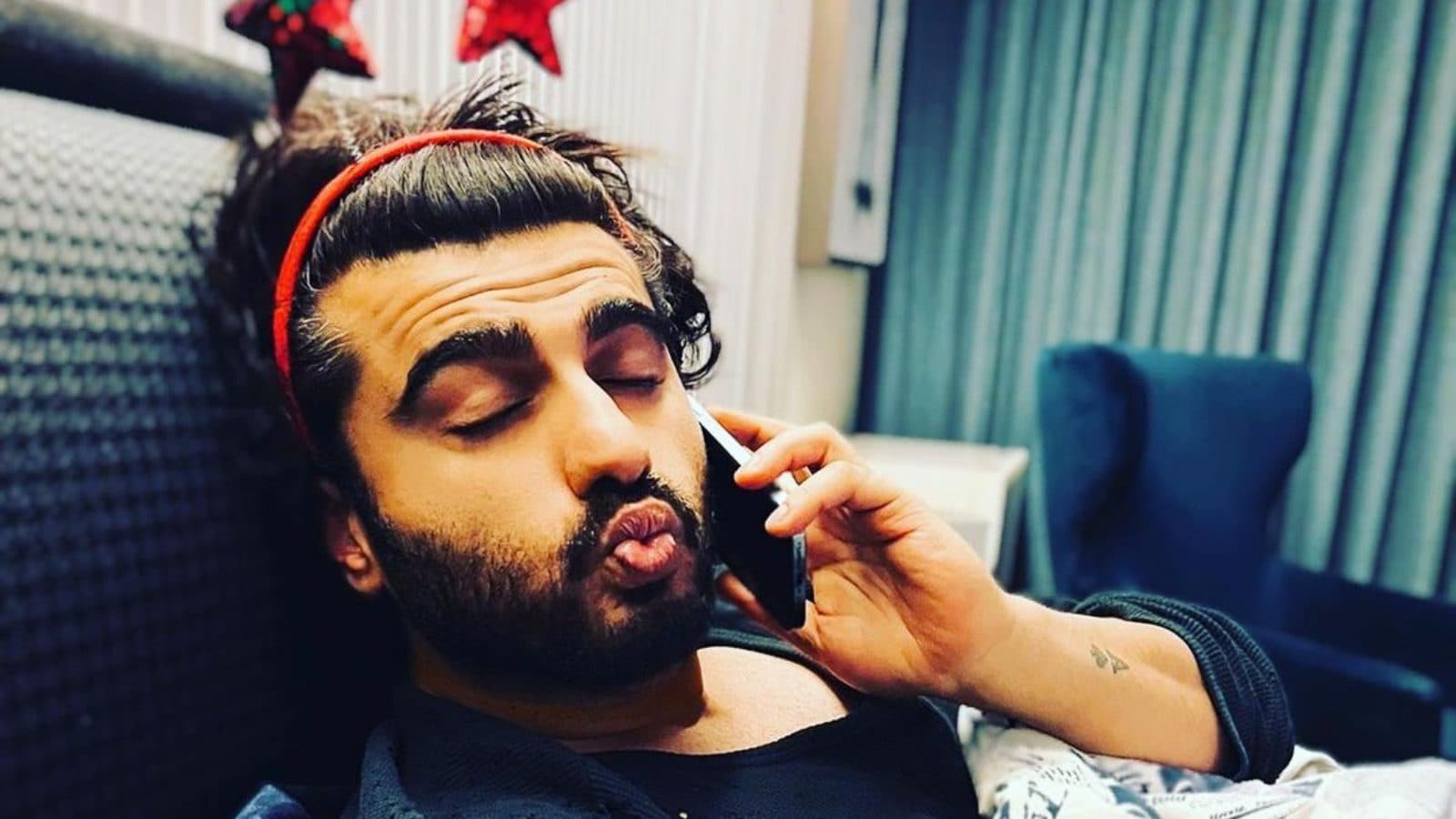 Arjun Kapoor couldn’t join Malaika Arora for her Christmas lunch because he is under the weather. The actor, on Monday, took to Instagram and shared a picture taken by Malaika and revealed he’s been unwell but assured that it is not Covid-19.

In the picture, the actor adorably poses with a pout while Malaika captured his cute face. Arjun was seen wearing a sweatshirt and resting in bed while posing for Malaika. He had a heart-shaped headband to complete his holiday look. “Unwell reindeer this holiday season… – @malaikaaroraofficial #festiveseason #christmasmood (Don’t worry it’s not COVID),” his caption read.

On Sunday, Malaika shared a number of pictures from her family’s Christmas celebrations. She was seen joining her mother, sister Amrita Arora and son Arhaan Khan for a happy Sunday afternoon gathering. While she had big smile in the pictures, she confessed she missed Arjun at the bash. “Merry Christmas ❤️#xmasphotodump( we missed u @arjunkapoor),” she said.

On the work front, Malaika Arora and Arjun Kapoor have been busy with their respective projects. Malaika has garnered a lot of attention with the debut of Moving In With Malaika on December 5. The 16-episode reality show gives viewers a sneak peek into her personal life. The Disney+ Hotstar show features a host of Malaika’s celebrity pals from Bollywood, including Farah Khan, Karan Johar, Neha Dhupia, and Nora Fatehi, to name a few.

On the other hand, the actor would be putting his acting skills to test with Aasmaan Bharadwaj’s debut film Kuttey starring Radhika Madan, Naseeruddin Shah, Tabu, Konkana Sen Sharma and Kumud Mehta. The trailer released a few days ago and has ignited curiosity among fans.