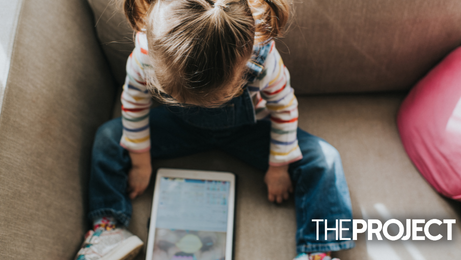 US based researchers published a recent study in the journal Infant Behavior and Development titled “Predictors of television at bedtime and associations with toddler sleep and behavior in a medicaid-eligible, racial/ethnic minority sample”,

As the title suggests, the researchers wanted to see if there was an impact to a toddler’s sleep and behavior from TV-use, specifically before bed.

We know good sleep is critical for children’s health and early development but many children struggle with forming a healthy sleep routine. Bedtime routines can help children maintain healthy sleep habits, but evidence suggests that these routines often include the use of television. The use of screens, which includes handheld devices, has been found to delay and shorten sleep. It’s hypothesized that this is due to increasing arousal or suppressing melatonin through blue light emittance. While the relationship between TV at bedtime and sleep quality has been extensively studied, study author Elizabeth B. Miller and her team saw a need to extend these findings. For one, the researchers wanted to explore the mechanism through which TV at bedtime influences children’s behavior, proposing a mediating effect of quality and duration of sleep.

“I was interested in this topic because of its focus on pediatric research in young children around screen time and other routines like sleep,” said Miller, an assistant professor of population health at NYU Grossman School of Medicine.

“There has not been a lot of research in this area with very young children (age 0-3), and in our sample we examined this topic at 18 and 24 months. We were further interested in the mechanisms by which television at bedtime might impact sleep and behavior.”

The researchers analyzed data from a wider study called the Smart Beginnings study, which was conducted among 403 low-income families from New York, NY and Pittsburgh, PA. The majority of families were from ethnic/racial minority backgrounds — 84% of the New York mothers were Latina and 81% of Pittsburgh mothers were Black/African American. The mothers in the study completed surveys when their child was at 18 months and 24 months of age. The findings assessed the child’s sleep at 18 months and then behavior and aggression levels at 24 months. The authors further opted to explore this hypothesis among a sample of low-income and racial/ethnic minority families to honor in on possible sociodemographic, psychosocial, and household predictors. The study presumed parents of lower socioeconomic status may be more likely to use TV at bedtime due to limited time and money or stressful home situations which can interfere with responsive parenting. Mothers who used TV at bedtime tended to have children who slept fewer total hours, had more sleep problems, and exhibited more aggressive behavior and attention problems at age 2. “The key takeaway from our study is that although we had a lot of heterogeneity in our sample in terms of race/ethnicity, our findings underscore the universally harmful effects of watching television at bedtime for very young children,” Miller told PsyPost. “These harmful effects include decreases in total hours of nighttime sleep, increases in sleep problems (an indicator of sleep quality), and increases in externalizing behavior. Another key takeaway from this study is that we found sleep problems to be an explicit mechanism by which television watching at bedtime was associated with later behavior problems. That is watching television disrupted sleep quality, which in turn led to more problem behavior.” The study was authored by Elizabeth B Miller, Caitlin F Canfield, Helena Wippick, Daniel S Shaw, Pamela A Morris, and Alan L Mendelsohn.