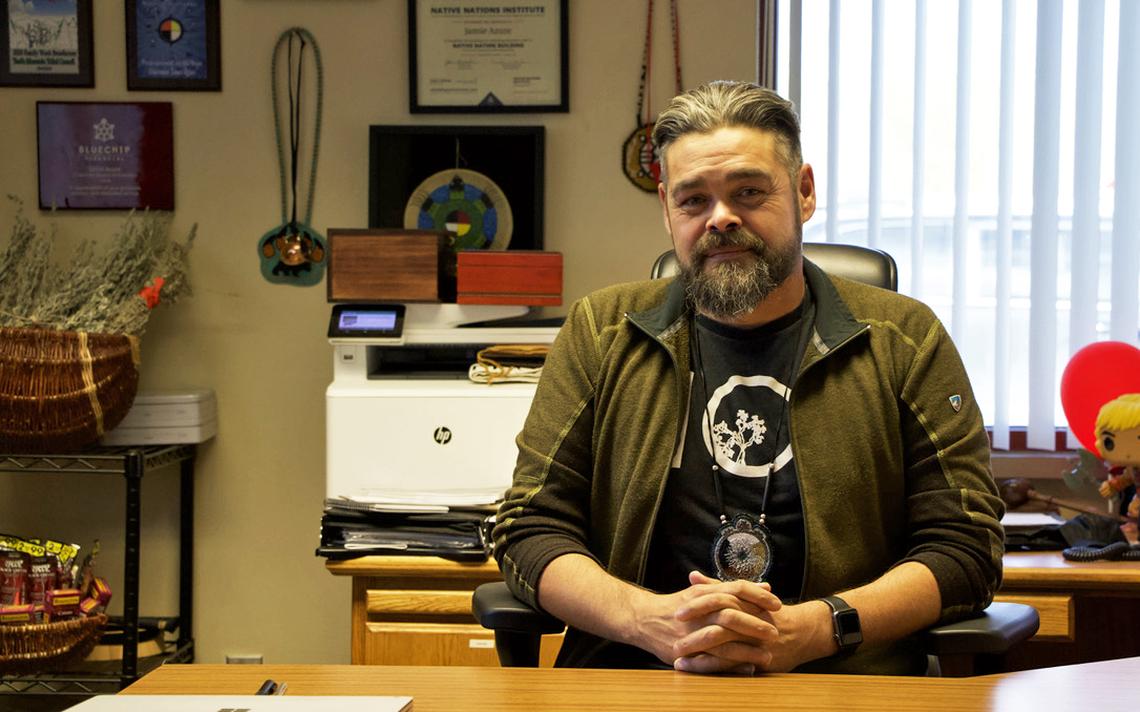 Azure said on a Facebook post that he is recovering from the heart attack that nearly killed him at Altru Hospital in Grand Forks, but “life-saving tactics” used by medical staff temporarily crippled his kidneys. He said he is still on dialysis four days a week, trying to relearn basic skills like walking and typing while struggling with nerve damage.

The chairman said he would have “died locally of the heart attack” had it not been for Indian health workers to look after him until he was flown to Grand Forks. Azure was then in a medically induced coma for six days, and when he woke up he felt pain that he “wished no one else”.

During Azure’s hospitalization, the Turtle Mountain community gathered around its leader, with tribal members holding prayer services and posting supportive messages on social media. Last week, the local newspaper, the Turtle Mountain Times, devoted its entire front page to Azure, with several photos of him and a headline that read, “Prayers for Chairman Azure.”

Azure said he was grateful for the friends and family who visited him at the hospital, including his 92-year-old grandmother.

“I want everyone to know that (I) saw the surge of support and YES, it all made a difference,” Azure said on Facebook.

Azure was first elected chairman in 2017 and was re-elected in 2020. He sits on several boards of directors, including Bismarck’s United Tribes Technical College and the Native American Rights Fund.