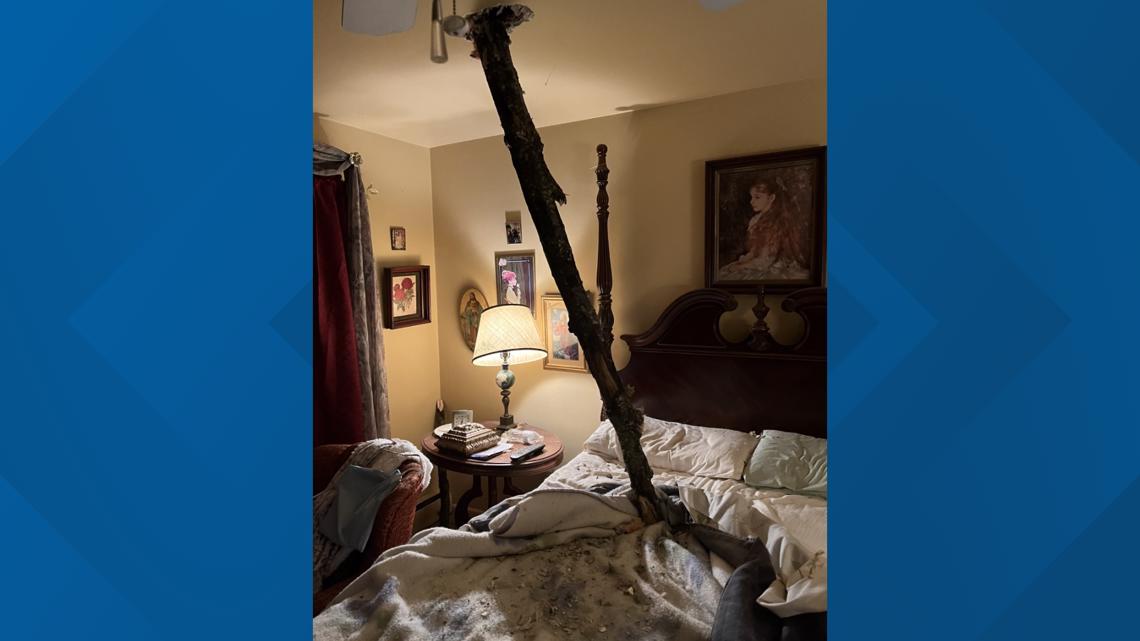 REIDSVILLE, NC – A couple from Reidsville are at a loss after the snow storm damage on Monday.

A Reidsville man’s great-aunt and uncle were lying on the bed during the storm when they were interrupted by a fallen tree that crashed into their home.

Aunt and uncle are both around 90 years old. He said the tree grazed his aunt’s waist, leaving her with a bruise. He said if she had been any different it would have hit her.

It came straight through the roof, between the two of them, as it pierced the bedspread and left debris on the sheets.

On Monday, WFMY News 2 viewers shared their pictures of storm damage with us while people are still recovering from power outages caused by winter storms. Thousands of people have been groping in the dark, and some are still waiting for Duke Energy to restore their power.