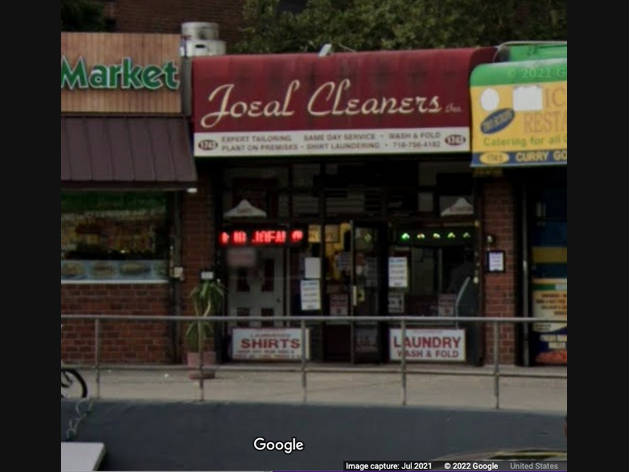 BED-STUY, BROOKLYN — A much-loved Bed-Stuy dry cleaners says they are being forced to close at the end of the month after their rent was suddenly upped a whopping 126%, according to News12.

Joeal Cleaners told the local TV station that the rent hike came right as the shop’s 50th anniversary approached, despite always paying his rent on time since the owner opened in 1976.

Even during the pandemic when the cleaners was shuttered for three months, the owner said to News12, the rent was paid, adding that he took on a part-time job to help keep on all of his workers.

Customers shared with News12 their reactions to the heartbreaking news, with one telling reporters that she continues to bring her dry cleaning to Joeal, even after moving from Brooklyn to Long Island.

According to city property records, the owner of the lot, which includes nearly 300 units of low-income housing at Fulton Park Plaza, took out an additional $5.5 million mortgage last May, bringing the total amount of money loaned against the building to $37.5 million .

Attempts to contact the owner or management company for the property were unsuccessful.