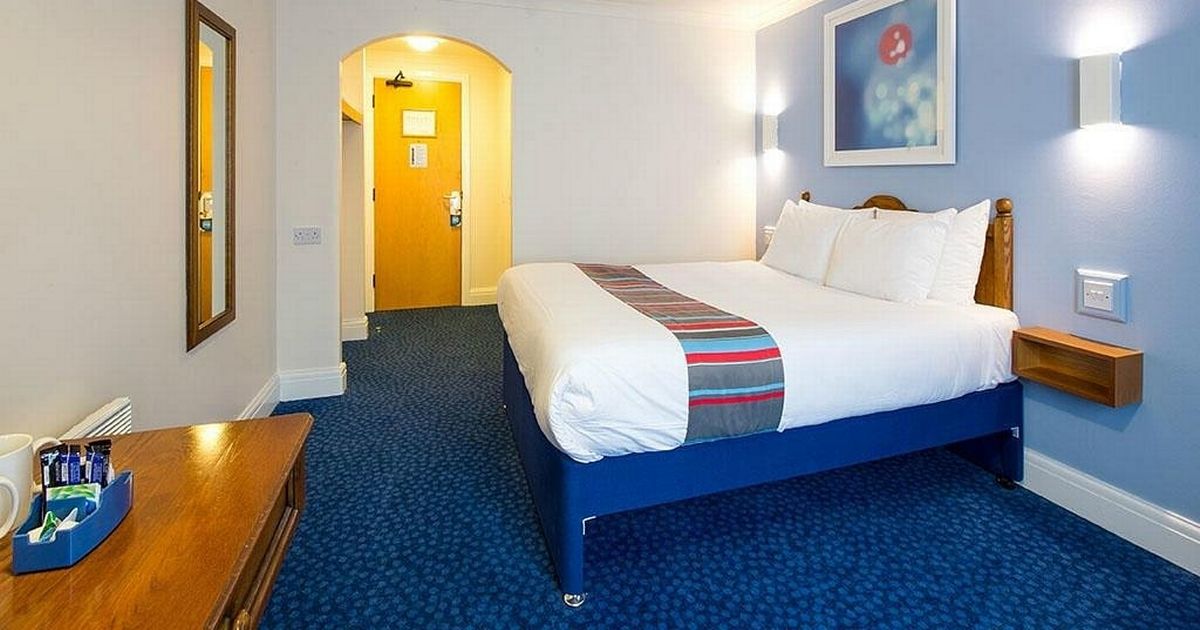 A man has slammed the Travelodge after he arrived to find “grotty” conditions, with urine-stained bed sheets on two separate hotels.

Tom Bradey, 26, was left disgusted after he was allocated overheated rooms with grim markings on the walls when he went to a Bournemouth branch during the Easter Bank Holiday and then to a Sheffield one with his parents in May.

He says he was left unsatisfied by the filthy conditions and was “shocked” after claiming to have witnessed a lone worker in turmoil as she worked by herself in the “30-room hotel”.

Tom, from the outskirts of Bath, said he went to the Cooper Dean Travelodge in Bournemouth with his pal James Mills, 30, who had split the £78 fee between them.

Have you had a Holiday From Hell? Email [email protected]

Speaking about the moment they entered the room, he said: “The mattress was in such a state.

“I mean, surely they’re supposed to put mattress protectors on it. There was a yellow stain on there which I really don’t want to know what it is.”

Asked whether he thought it was urine, Tom said: “Yeah, yeah I think it was.”

Tom also stayed at the budget hotelier’s Sheffield city center branch to watch a musical with his parents at the start of this month.

He said the room in Sheffield was “unbearably hot” and had felt the overpowering heat in both hotels.

“James tried to open the window to the room we should’ve had but the handle was very loose,” he said.

“Even when we opened it could only open a certain amount because of safety reasons.”

Tom claimed that a female worker in Bournemouth was left to work by herself all night, reports The Mirror.

He said: “We went to our room and we noticed that the toilet seat hadn’t been cleaned, the bedding had marks on it and there was a stain on the wall.

“We took the pictures to the woman on reception […] We showed her the photos and she goes I’ll come up and have a look. And she was absolutely disgusted.”

Tom claims she told him she wouldn’t have stayed in the room with the “50 per cent” discount she gets, and that she was working alone running the hotel.

“I just can’t believe that. I was shocked that they would allow a solo woman to work in that Travelodge on her own,” he said.

He alleged the employee told him staff have a panic button that doesn’t work and that the worker told him she has reportedly been chased around the hotel on numerous occasions.

A Travelodge spokesperson told the Mirror: “We would like to sincerely apologise to Mr Bradey that we have not delivered our normal high standards of service on his recent stays.

“We take customer feedback extremely seriously, and we are undertaking a full investigation into Mr Bradey’s feedback.

“Depending on our findings we will ensure the relevant staff members are refreshed on their training.

“The safety of our colleagues and guests is paramount to us.

“We can confirm that our safety practices are industry standard and lone working within the hospitality sector, in particular at night, is a widely recognized and accepted working practice across the whole hotel industry.

“We have protocols and risk assessments in place to support this practice and these are regularly reviewed.

“We once again sincerely apologise to Mr Bradey and we have refunded the outstanding balance for his bookings.”