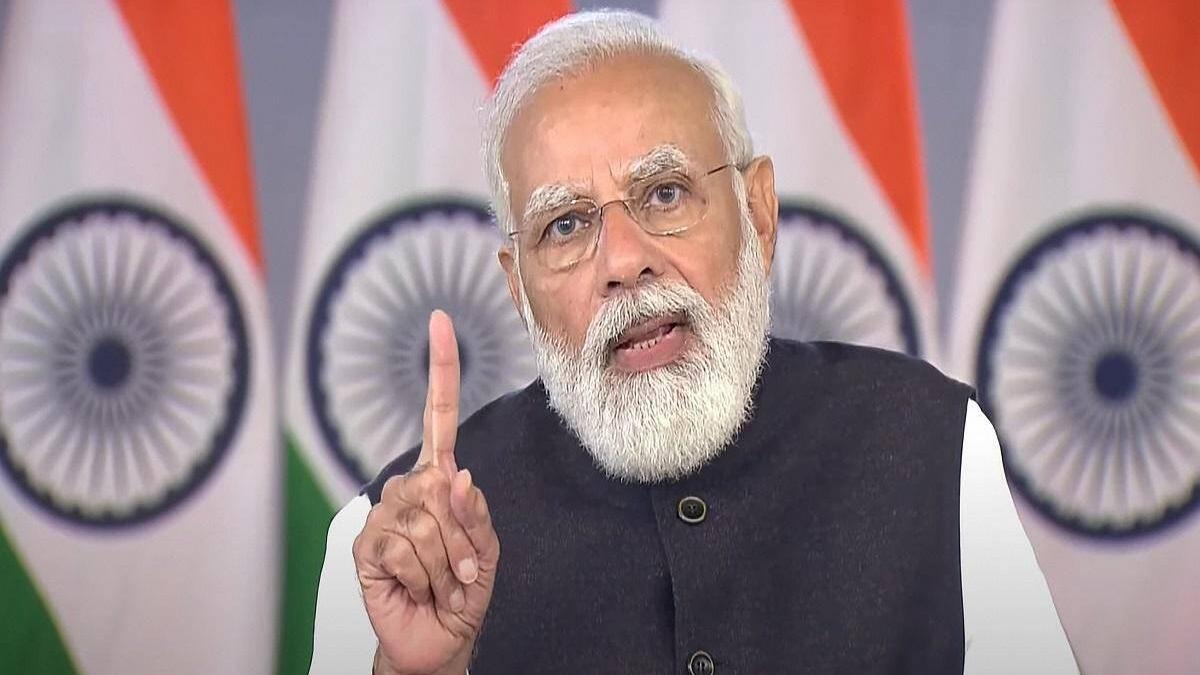 Prime Minister Narendra Modi, on Tuesday, addressed the silver jubilee celebrations of the Telecom Regulatory Authority of India (TRAI) and launched a 5G Test Bed with an aim to support the telecom industry to validate their products, prototypes and solutions in the fifth generation.

“Today I got the honor of giving the nation our own indigenous 5G test bed. This is a critical step in our Aatmanirbharta in advanced technology,” PM Modi said addressing the ceremony via video conferencing.

“Connectivity will play a pivotal role in the growth of the nation. 5G will help in improving governance, ease of living and ease of doing business in India,” Modi said.

Pm Modi also released a postal stamp on TRAI to commemorate the occasion.

“In a major milestone, broadband connectivity has reached approximately two and a half lakh gram panchayats, To ensure mobile phone penetration across the country, we have focused on indigenous manufacturing of mobile phones, leading to an increase from two to 200 units manufactured in the country,” Modi said.

Further, Modi added that India has become the biggest phone manufacturer in the world. “India used to rely on other countries to meet the mobile demand, now we are making new records in mobile exports,” he added. 5G telecom network to boost Indian economy by $450 billion in next one and half decade, Modi said.

Taking a jibe at the previous union government, Modi said that “2G era was symbolic of policy paralysis, and corruption, the nation has moved transparently to 4G and now 5G”.

Our telecom sector is a great example of how self-reliance & healthy competition creates a multiplier effect in society and economy. Coming out of the 2G era, the country has moved rapidly from 3G to 4G and now 5G and will continue to move towards 6G as well, Modi said during the conference.

Besides, Ashwini Vaishnaw, Minister for Railways, Communications, Electronics & Information Technology, was also present for the 25th-anniversary celebrations of TRAI at Vigyan Bhawan, Delhi.

Furthermore, Union Minister of State for I&B L. Murugan also elaborated on the reforms undertaken at Doordarshan during the silver jubilee celebrations of TRAI and spoke about how the phase-out of Analogue Terrestrial Transmitters has resulted in the availability of valuable spectrum

The launch of the testbed comes as that the Digital Communications Commission (DCC)— the highest decision-making body of the Department of Telecommunications (DoT), is likely to decide upon the modalities of the 5G spectrum auction.

The meeting would make key decisions on the tenure for spectrum to telcos, obligations for 5G bands and ways in which telcos could partner with the industry for private captive 5G networks, among other issues.

TRAI was established in 1997 through the Telecom Regulatory Authority of India Act, 1997.