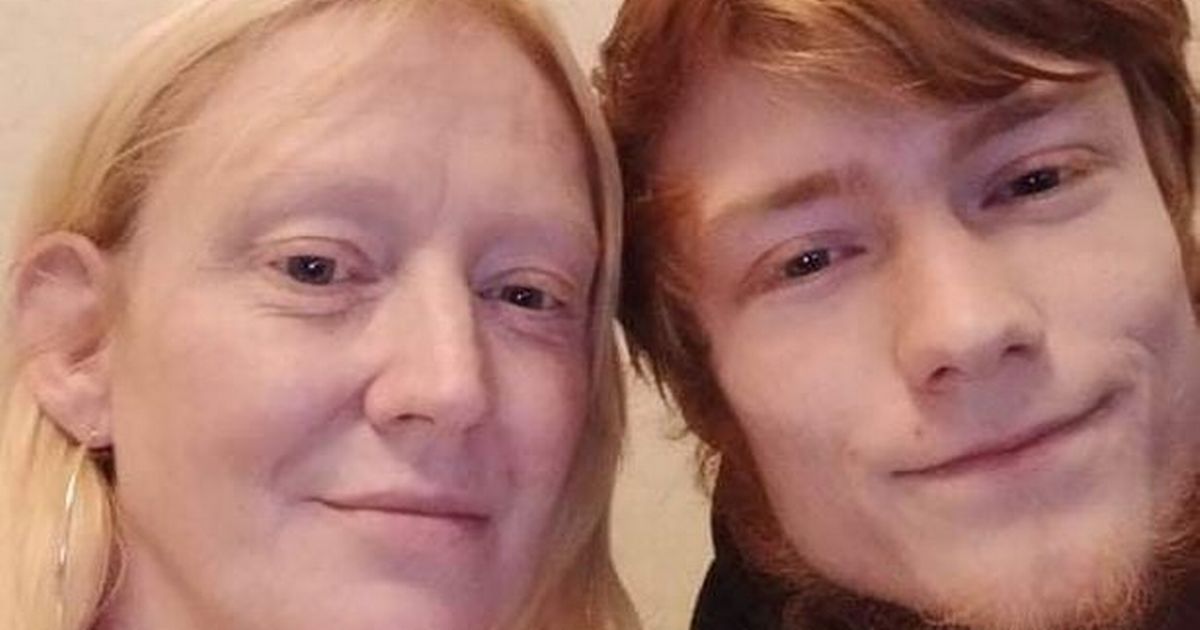 A sad teenager was heartbroken after discovering his mother dead in their home.

The 19-year-old made the horrific discovery while visiting her house, MEN reports.

Get the latest news from the Stoke-on-Trent area

He knocked on the door, but there was no answer.

After looking through the window into their downstairs bedroom, Bryan saw his mother lying motionless in her bed.

Bryan tried desperately to break into the house before dialing 999 on December 12th.

Paramedics finally broke open the front door – but it was already too late and Serena had been dead for several hours.

“I hurried over to her; I felt so weak, “said Bryan. “I just knew. It was terrible.

“The paramedic said, ‘Darling, your mama has been gone a while’ and I just collapsed.

“I’ve stayed with my mother since I found her. It was haunting to see her like that.

“I held her in my arms as long as possible.

“I sat with her for two hours, all the rescue workers were with me. They let me sit with her. “

Although Serena’s cause of death has not yet been confirmed, Bryan says she suffered from multiple sclerosis for several years.

The circumstances of her death are not considered suspicious.

Before she got sick, Serena, a mother of two, had worked as a barmaid in several pubs across Bolton.

As an avid martial arts fan, she loved watching boxing and was interested in singing and music.

New father Bryan had been looking forward to having his first Christmas with his seven-month-old son Rylee.

But now he says Christmas will “never be the same”.

Do you want to miss the main Stoke-on-Trent headlines every day?

If you have an email address, you’re sorted.

All you have to do is sign up for our daily email notifications and they will be delivered straight to your inbox.

Our newsletters are sent out in the morning, in the afternoon and in the evening. They’re a round-up of the day’s major local headlines in an easy-to-read format. We’ll also send you breaking news so you can get the news when it happens.

What should I do?

Just follow this link and click on the newsletters you would like to receive. And it’s not just the main news emails – there are also the Stoke City and Port Vale newsletters, our weekly nostalgic Way We Were email, and many others that may be of interest.

Do I get stuck with it when I sign up?

We know how annoying it is when your inbox fills up with unsolicited email. If you no longer wish to receive the newsletters, simply click on the unsubscribe box and you will no longer receive them. However, you can log in again at any time.

Will it cost me anything?

No, the newsletters are absolutely free. All you have to do is enter your email address and choose which newsletter you would like to receive.

Can I try it out before I sign up?

Definitely. Click this link and you will see what to expect.

“I find it very difficult every day,” he added. “I fight.

“It’s so strange; she came by every day.

“She would do anything for me and my son. We were all looking forward to our first Christmas with Rylee.

“Christmas will never be the same again.

“We would talk non-stop on social media and visits every day.

“She had a very special bond with me and my partner.”

Bryan, who works at Tesco, is currently on sick leave due to post-traumatic stress disorder and anxiety.

The teenager is now raising money to pay for his mother’s funeral, which is due to take place on January 13th.

Bryan says he is responsible for organizing the service and is struggling to raise the money it needs.

He set up a Gofundme page to give Serena a “best goodbye”.

Bryan continued, “My girlfriend keeps me going and everyone online says nice things about her.

“I think we will all go to the same place one day.”

To donate to the fundraiser, follow the link by clicking here.

Ex-soldier asleep in the bank entrance: “I never thought I’d be a tramp”

157 crimes of flashing and voyeurism in Staffordshire last year