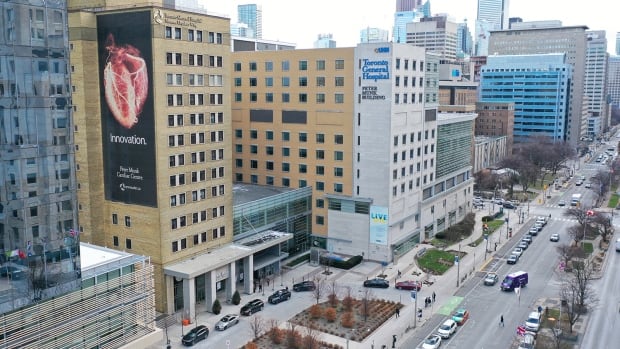 A Toronto hospital says it is under a “critical care bed alert,” with its three intensive care units all at full capacity due to staffing shortages.

“Due to multiple factors including issues driven by the ongoing pandemic, we are experiencing a staffing shortage that requires this action,” Gillian Howard, spokesperson for University Health Network, which includes Toronto General Hospital, said in the email.

Howard said when the hospital is under a critical care bed alert, it triages patients that require specialized intensive care unit work and it works collaboratively to ensure patients get the appropriate care they need.

The alert comes after about 25 hospitals in Ontario were forced to scale back sections of their facilities on the long weekend due to staffing shortages, according to the Ontario Nurses’ Association (ONA).

ONA president Cathryn Hoy said on Monday that over the weekend, hospitals had to close units, reduce the number of beds or redirect patients to other locations. She called the situation a “disaster” and warned that the staffing shortages seen in hospitals across the province on the weekend will only get worse.

“This getting by has got to stop now. It really does. And nurses are walking out every single day,” Hoy said. “And if this keeps up and there’s no ray of sunshine or hope from the government, it’s only going to get worse.”

The alert also comes amid a growing chorus of opposition MPPs calling for on Ontario Health Minister Sylvia Jones to provide tangible solutions to what they say is a crisis facing the province’s health-care system.

Jones told The Canadian Press on Tuesday that the provincial government is looking at how to get more internationally trained nurses working in the province in order to ease staffing shortages.

Jones said her role in the last number of weeks has been to meet with organizations and individuals in the sector who have solutions and listen to their feedback.

The health minister said the work involves what the government has already been doing for the past four years, which includes increasing the number of workers in the system — she touts more than 10,000 added since the start of the pandemic.

She said the government will introduce “additional measures” to boost capacity, and specifically mentioned a backlog of internationally trained health workers waiting for certifications.

CBC Toronto had repeatedly reached out to Jones for an interview regarding the staff shortages at Ontario hospitals. The requests were all denied.

“If Jones doesn’t find this mess to be unacceptable, how bad is she prepared to let our health care system get?” Gelinas asked. “Seriously sick patients are being moved. Long waits and hallway medicine are rampant. And some people will rush to ER only to find the doors locked.”

The NDP, health care unions and frontline health care workers have called on the government to repeal legislation, known as Bill 124, that limits annual salary increases for nurses.

The Protecting a Sustainable Public Sector for Future Generations Act, which was enacted in 2019, caps the wage increases of provincial employees, including nurses, at one per cent per year, which is below the rate of inflation.